See the gallery for quotes by Jeremy Bentham. You can to use those 7 images of quotes as a desktop wallpapers. 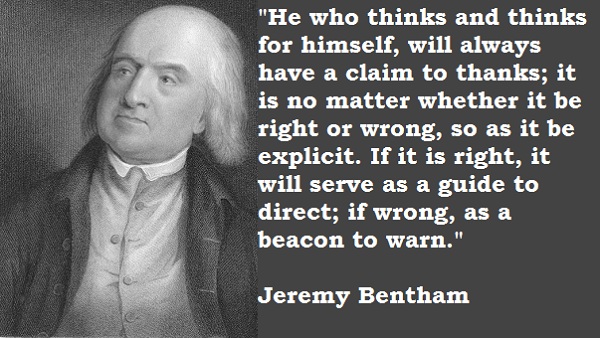 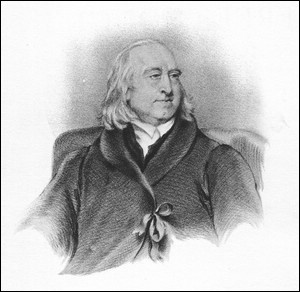 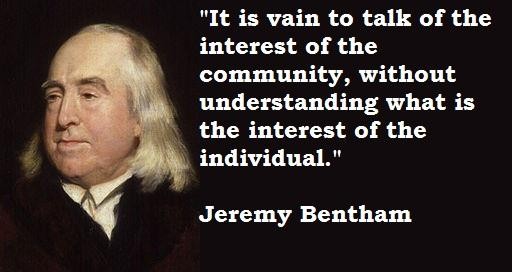 Lawyers are the only persons in whom ignorance of the law is not punished.

Stretching his hand up to reach the stars, too often man forgets the flowers at his feet.

The power of the lawyer is in the uncertainty of the law.

Secrecy, being an instrument of conspiracy, ought never to be the system of a regular government.

The said truth is that it is the greatest happiness of the greatest number that is the measure of right and wrong.

The greatest happiness of the greatest number is the foundation of morals and legislation.

The principle of asceticism never was, nor ever can be, consistently pursued by any living creature. Let but one tenth part of the inhabitants of the earth pursue it consistently, and in a day's time they will have turned it into a Hell.

Every law is an infraction of liberty.

The age we live in is a busy age; in which knowledge is rapidly advancing towards perfection.

He who thinks and thinks for himself, will always have a claim to thanks; it is no matter whether it be right or wrong, so as it be explicit. If it is right, it will serve as a guide to direct; if wrong, as a beacon to warn.

No power of government ought to be employed in the endeavor to establish any system or article of belief on the subject of religion.