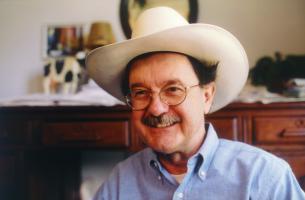 See the gallery for quotes by Jim Hightower. You can to use those 8 images of quotes as a desktop wallpapers. 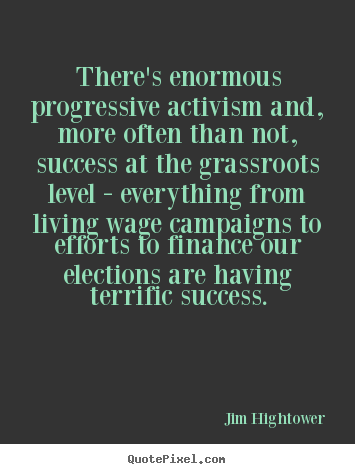 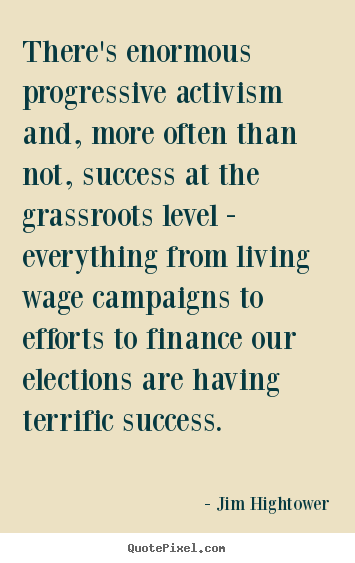 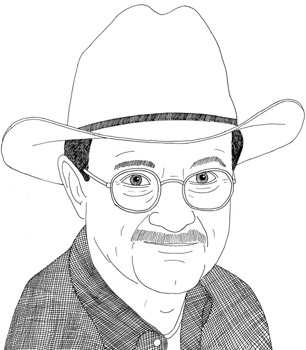 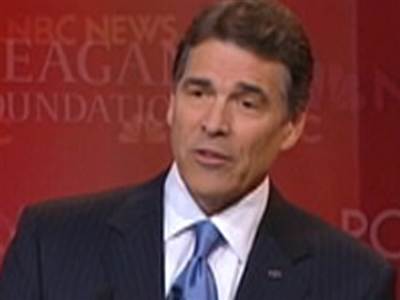 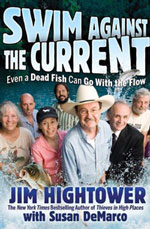 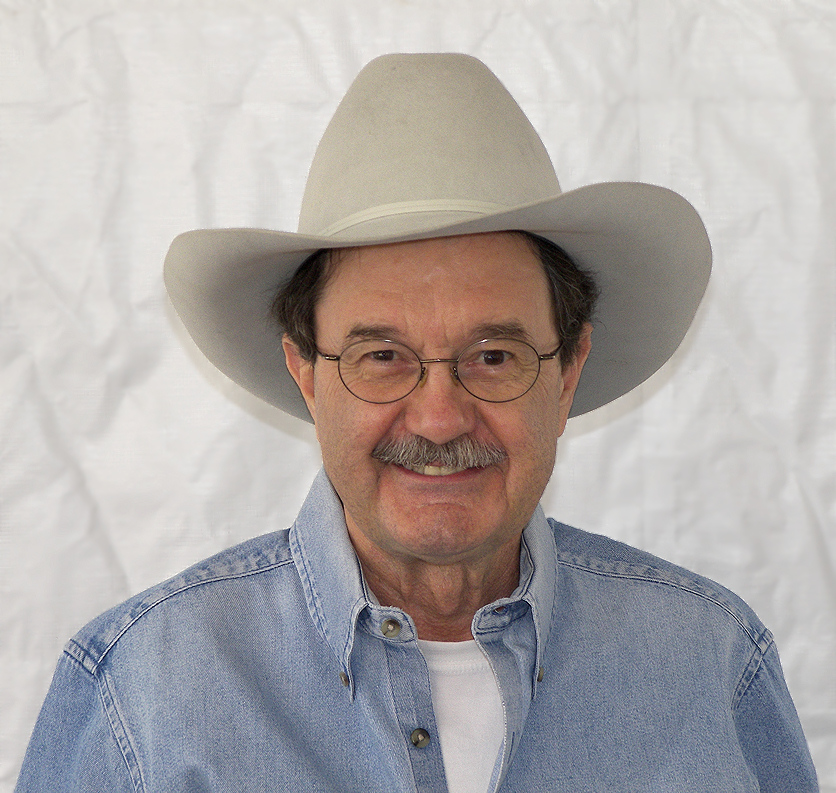 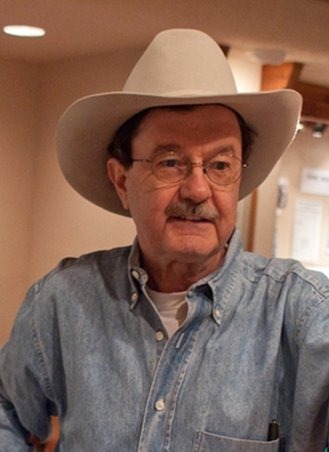 Populists have always been out to challenge the orthodoxy of the corporate order and to empower workaday Americans so they can control their own economic and political destinies. This approach distinguishes the movement from classic liberalism, which seeks to live in harmony with concentrated corporate power by trying to regulate excesses.

The good news, though, is that I find in my political travels that people, as regular citizens, are more interested than ever in getting together and having discussions. They want to hear about other viewpoints that differ entirely from what the administration is putting out.

There's enormous progressive activism and, more often than not, success at the grassroots level - everything from living wage campaigns to efforts to finance our elections are having terrific success.

The opposite for courage is not cowardice, it is conformity. Even a dead fish can go with the flow.

The only difference between a pigeon and the American farmer today is that a pigeon can still make a deposit on a John Deere.

The middle of the road is for yellow lines and dead armadillos.

If you don't speak out now when it matters, when would it matter for you to speak out?

So now is the time, more than ever, for those who truly value all the principles of democracy, especially including dissent, to be the most forceful in speaking up, standing up and speaking out.

What created democracy was Thomas Paine and Shays' Rebellion, the suffragists and the abolitionists and on down through the populists and the labor movement, including the Wobblies. Tough, in your face people... Mother Jones, Woody Guthrie... Martin Luther King and Caesar Chavez. And now it's down to us.

Even the smallest dog can lift its leg on the tallest building.

You can't do progressive government from the inside. You have to rally those outsiders and make them a force.

Populism is not a style, it's a people's rebellion against the iron grip that big corporations have on our country - including our economy, government, media, and environment.

Politics isn't about left versus right; it's about top versus bottom.

Do something. If it doesn't work, do something else. No idea is too crazy.

It's hard for the donkeys to win the race if they're going to carry the elephants on their backs.

The Bible declares that on the sixth day God created man. Right then and there, God should have demanded a damage deposit.

But the good news is that out in the countryside, just about every place that's got a zip code has somebody or some group of people battling the economic and political exclusion that Wall Street and Washington are shoving down our throats.

Little ol' boy in the Panhandle told me the other day you can still make a small fortune in agriculture. Problem is, you got to start with a large one.

But, as my mother used to tell me, two wrongs don't make a right. But I soon figured out that three left turns do.

There's nothing in the middle of the road but a yellow stripe and dead armadillos.

This is a matter of public health. The public was sick and tired of DeLay and his corruption.

Much more quotes by Jim Hightower below the page.

Well, I've been in the political arena all of my life, and 10 years of that as a candidate and elected official, and that's about enough.

When I entered politics, I took the only downward turn you could take from journalism.

It's hard to believe President George Bush gave a speech in New Orleans about disaster recovery and failed to mention the word 'farm' or the word 'rural.'