See the gallery for quotes by Jon Johansen. You can to use those 8 images of quotes as a desktop wallpapers. 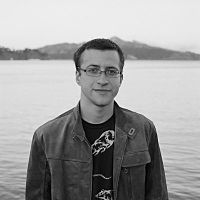 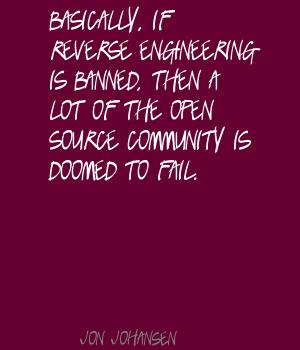 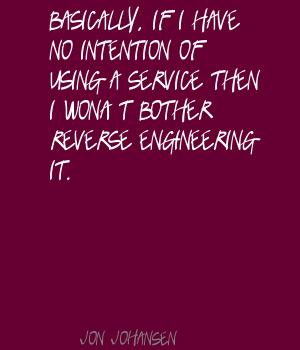 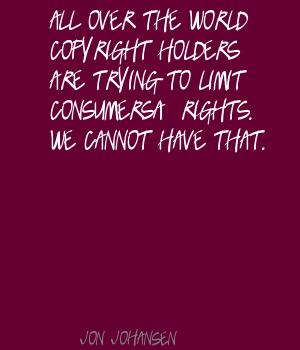 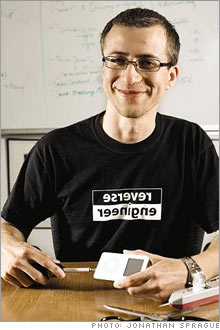 All over the world copyright holders are trying to limit consumers' rights. We cannot have that.

Anyone with a little computer experience knows that anything can be copied bit by bit with the right equipment.

Basically, if I have no intention of using a service then I won't bother reverse-engineering it.

Basically, if reverse engineering is banned, then a lot of the open source community is doomed to fail.

Companies shouldn't use the law to prevent consumers from doing something legal.

I don't have the identity of any of them. I only had the nicks that they used on Internet Relay Chat.

I was fed up with not being able to play a movie the way I wanted to play it.

So DeCSS didn't introduce anything new for pirating and had already been available.

We knew that they would probably go after someone.

Tags: After, Knew, Someone

I still haven't heard anything from Apple about my hacks. There is a tool based on my work reverse-engineering Apple's FairPlay called jhymn that's been hosted on a U.S. server for over a year and nothing has happened.

I took a job in the U.S. because I wanted to work on products that would get into end users' hands. In Norway, most of the jobs are in server software, niche stuff.

I'm 16 now, I was 15 when it happened... and the encryption code wasn't in fact written by me, but written by the German member. There seems to be a bit of confusion about that part. 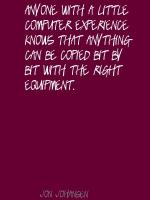 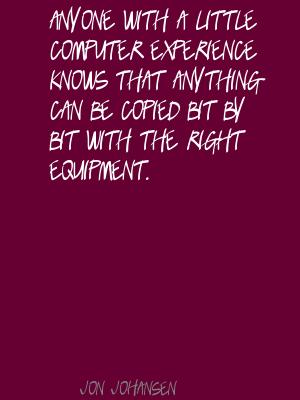