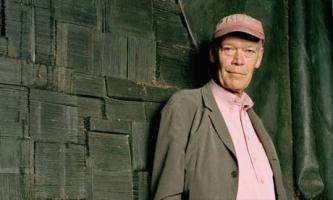 See the gallery for quotes by Jonathan Raban. You can to use those 6 images of quotes as a desktop wallpapers. 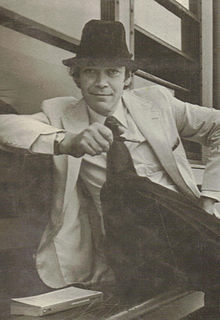 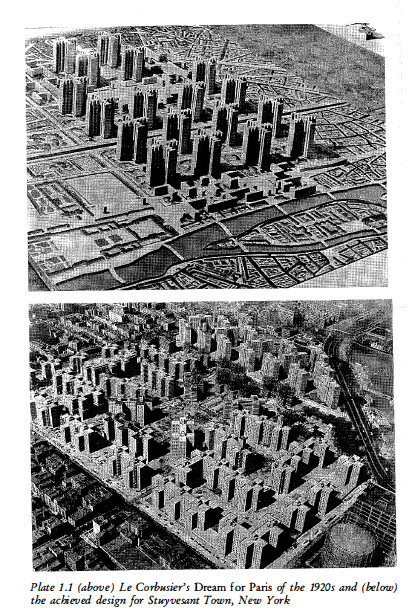 At night, what you see is a city, because all you see is lights. By day, it doesn't look like a city at all. The trees out-number the houses. And that's completely typical of Seattle. You can't quite tell: is it a city, is it a suburb, is the forest growing back?

Because Washington state now votes by mail, elections here tend to play out, at an agonizingly slow speed, over many days and, sometimes, weeks.

Inaugurals conventionally start with a history lesson and finish with a prayer.

Interstate highways dull the reality of place and distance almost as effectively as jetliners do: I loathe their scary monotony.

Lincoln, steeped in the Bible and Shakespeare, set an impossibly high bar for presidential prose.

No president has come near to rivaling Lincoln as a writer.

Over emphatic negatives always suggest that what is being denied may be what is really being asserted.

Seattle is this curious liberal 'island.'

The north-south line of 'the mountains,' meaning the Cascade Range, forty miles east of Seattle, is a rigid political frontier.

By the end of the 1980s, Seattle had taken on the dangerous lustre of a promised city. The rumour had gone out that if you had failed in Detroit you might yet succeed in Seattle - and that if you'd succeeded in Seoul, you could succeed even better in Seattle... Seattle was the coming place. So I joined the line of hopefuls.

Critics? Don't talk to me of critics! You think some jackanapes journalist, his soul eaten away by the maggots of jealousy and failure, has anything worthwhile to say of art? I don't.

Democrats inhabit the low shores of Puget Sound, mostly on its eastern side, in a ragged trail of port-cities that stretches from Bellingham, close to the Canadian border, through Everett, Seattle, and Tacoma, to Olympia, the state capital, at the southern end of the sound.

'Dreams From My Father' reveals more about Obama than is usually known about political leaders until after they're dead. Perhaps more than it intends, it shows his mind working, in real time, sentence by sentence, in what feels like a private audience with the reader.

Every White House has had its intellectuals, but very few presidents have been intellectuals themselves - Thomas Jefferson, John Adams, Woodrow Wilson, the list more or less stops there.

Heartbreak comes in different sizes, and the departure of an 18-year-old child for a far college has to be treated as a very benign form of the disease.

I've taught the better class of tourist both to see and not to see; to lift their eyes above and beyond the inessentials, and thrill to our western Nature in her majesty.

It's been so long since a talented writer last occupied the White House; no wonder, then, that American writers have been among the most prominent of all the demographic groups claiming a piece of Barack Obama for themselves.

Seattle is a liberal city, its politics not so much blue (in the American, not the British, sense) as deep ultramarine, and its manners are studiously polite.

Much more quotes by Jonathan Raban below the page.

Seattle was built out on pilings over the sea, and at high tide the whole city seemed to come afloat like a ship lifting free from a mud berth and swaying in its chains.

Simply as a writer of books I'm thrilled and proud that Seattle should have raised, on a public vote, sufficient money to build a central library, and moreover to rebuild every other library in the city: 28 of them.

The only book by a modern president that bears serious comparison with Obama's 'Dreams From My Father' is Jimmy Carter's short campaign autobiography, 'Why Not the Best?,' published in 1975.

The trouble with ghostwriting is that it raises the issue of whether the president is in a state of diminished responsibility for what he says. Does he actually grasp the implications of the words he speaks?

When I want an opinion, I'll get it from my peers - from men of vision, like our great railroad builders... Stanford, Huntington, Dinsmore... fellows with imaginations broad enough to span the continent.