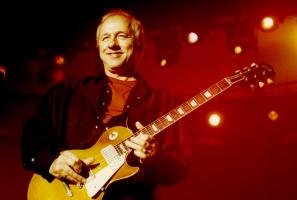 See the gallery for quotes by Mark Knopfler. You can to use those 8 images of quotes as a desktop wallpapers. 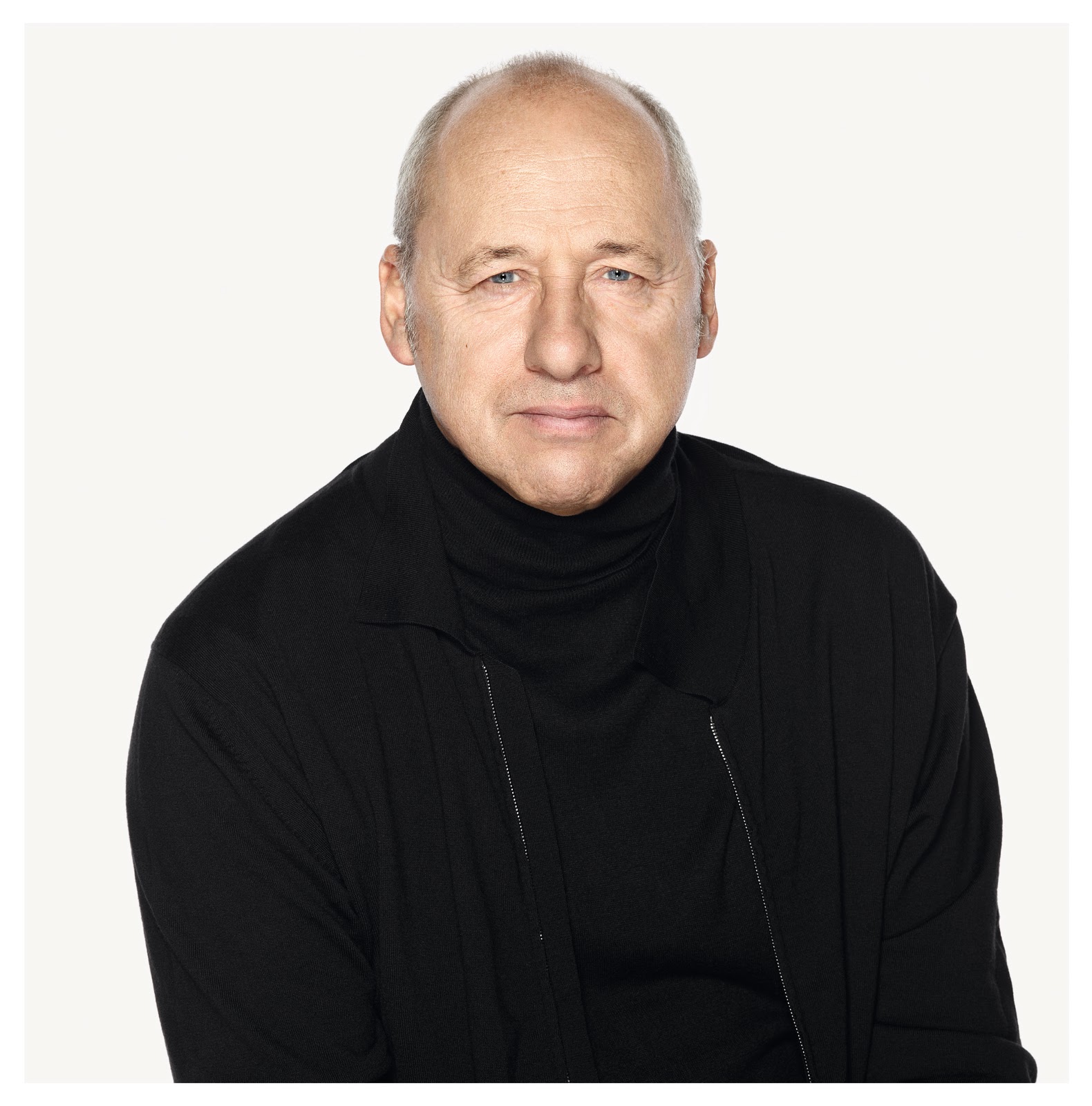 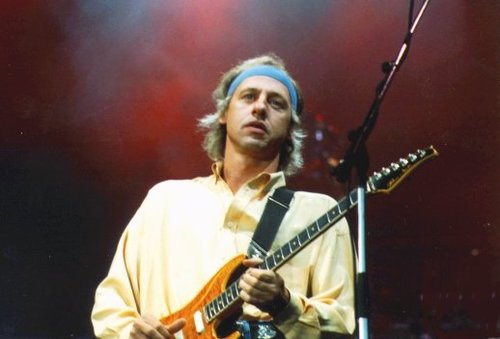 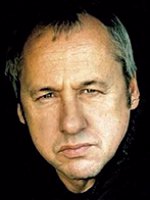 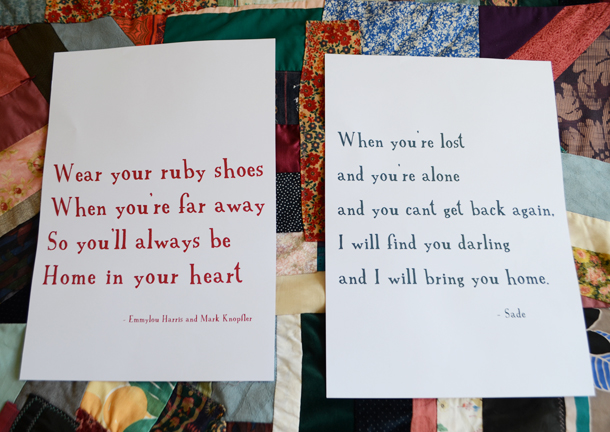 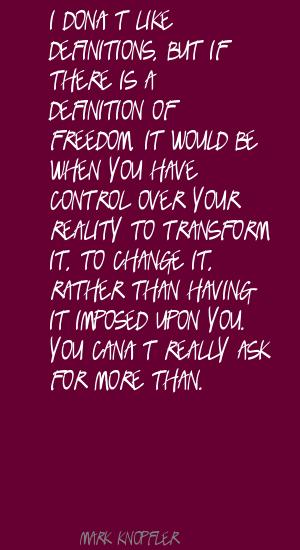 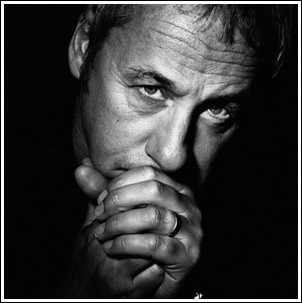 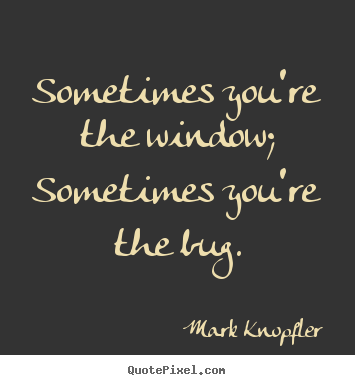 I don't like definitions, but if there is a definition of freedom, it would be when you have control over your reality to transform it, to change it, rather than having it imposed upon you. You can't really ask for more than.

I just want to be able to play and make people feel good with what I do. When you're thinking that way, anything can happen. And, usually, what happens is good.

Each song has its own secret that's different from another song, and each has its own life. Sometimes it has to be teased out, whereas other times it might come fast. There are no laws about songwriting or producing. It depends on what you're doing, not just who you're doing.

Every guitar I own gets used and has its purpose.

My idea of heaven is a place where the Tyne meets the Delta, where folk music meets the blues.

The music just tends to be a vehicle for that poetry.

After a while, though, the group just wasn't a good vehicle for the songs I'd written.

I love Gibsons, and Nationals, too. There's something magical about them.

I was into playing American music, especially the blues.

I'm also getting an Ovation Legend, because I like them so much.

What I always try to do is to respond to the song; I've always rebelled against theory.

I even played bass for a while. Besides playing electric guitar, I'd also get asked to play some acoustic stuff. But, since I didn't have an acoustic guitar at the time, I used to borrow one from a friend so I could play folk joints.

There happened to be guitar classes at the college, and there was a guitar teacher there with whom I used to play. In addition, I also would go out into country schools and teach little kids basic guitar and singing a few times a week.

We used to play in a theater club in London called The King's Head. When the theater let nut, around 10:00 P.M., we'd be ready to go and really get it on for about an hour or so.

While I was into many different types of music, and played with many different local groups, I really didn't have a band to call my own until Dire Straits was formed in 1977.

Tags: Music, Until, While

While listening, to things like western swing, for instance, I'd work something out in my head, then play it on my National; not the same song, but one that captured the feeling of the original tune.