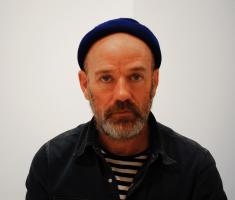 See the gallery for quotes by Michael Stipe. You can to use those 7 images of quotes as a desktop wallpapers. 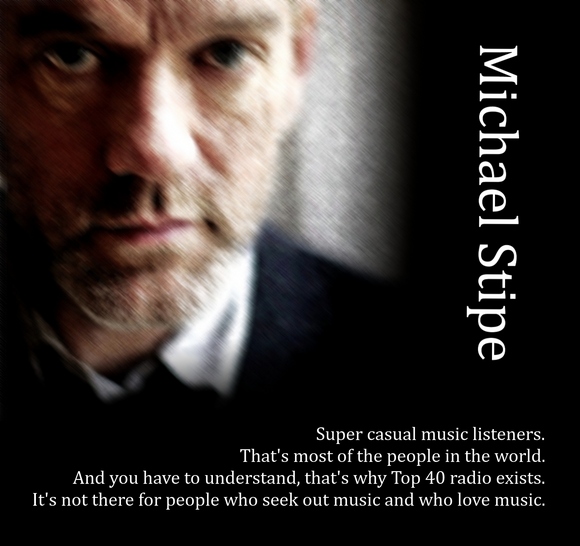 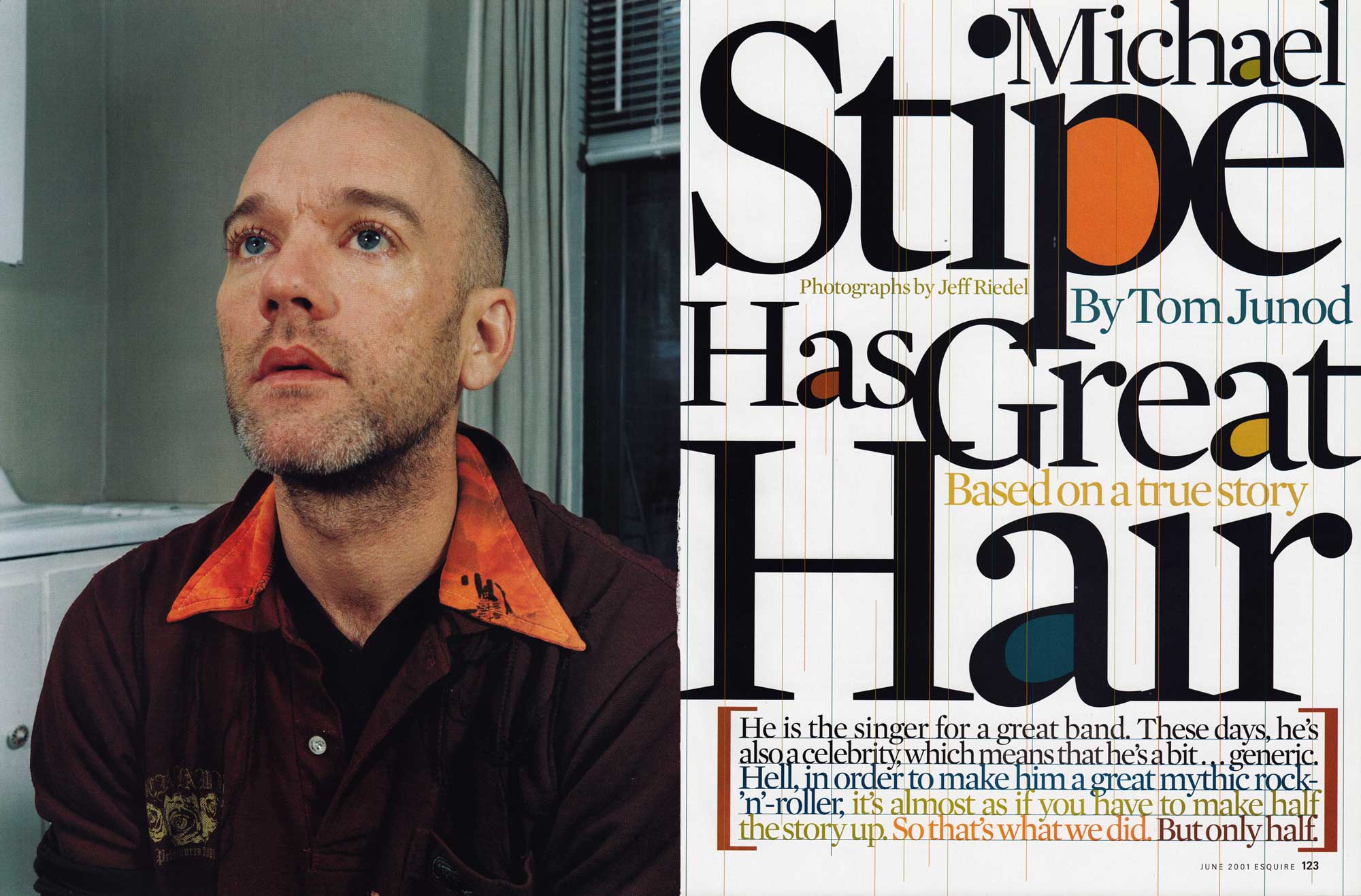 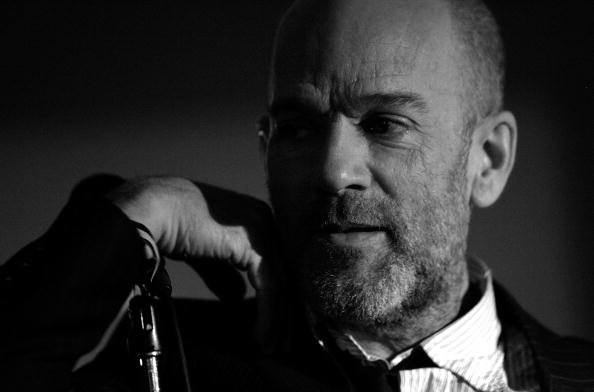 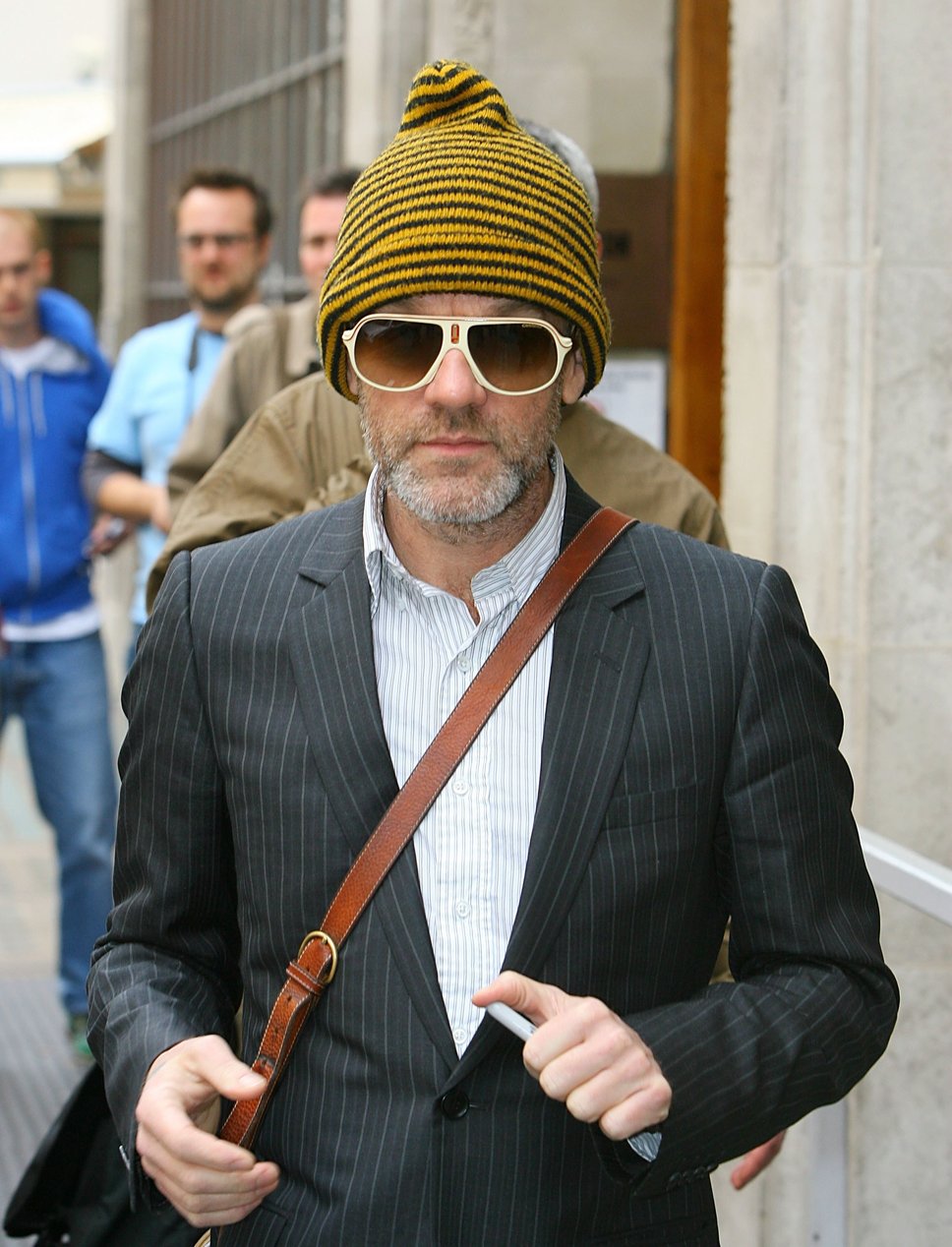 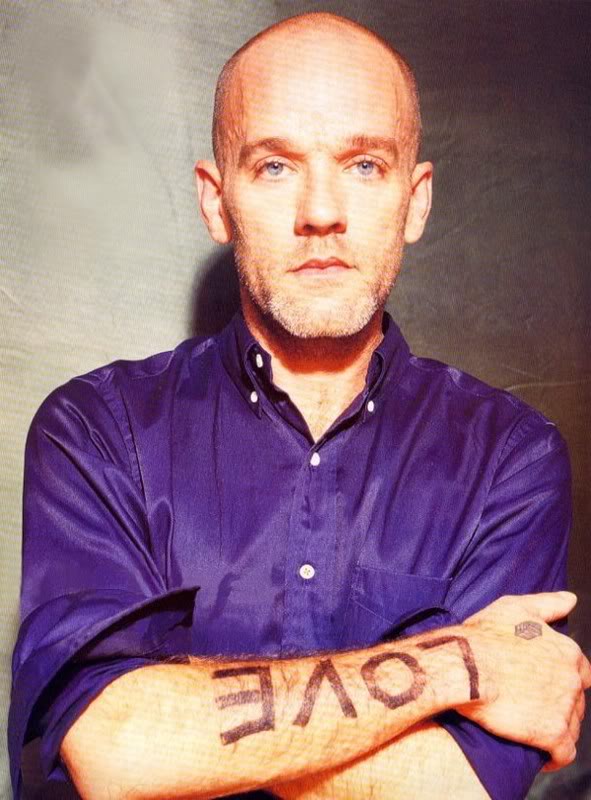 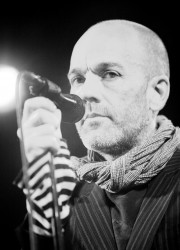 Peter was sick of being a pop star, the guitar god, and so he decided to teach himself other instruments. Among the instruments that he picked up was the mandolin.

So, when you divide the world into music lovers, music fans and then those people who are just very casual about their music, it's wallpaper to them, it's elevator music, it's just the thing that's playing in the background that helps them through their day.

There was a point in the '80s when I looked out at my audience and I saw people that - were I not on the stage - they'd sooner slug me as they walked by me on the sidewalk. And I realized that I was way beyond the choir.

We made part of the record in Miami, and I would go down to the beach, and not 20 feet from the water I see a fish that is at least seven feet long swimming close to the shore. I did not go back in the ocean the entire month.

We toured that record for a year, which turned out to be the culmination of ten years of being constantly on the road. We were sick to death of touring.

We're absolutely American and distinctly so, I think. That's part of what people respond to outside of this country, part of the reason that we're such a huge band outside of the U.S., where we're not so popular now as we were 10 or 12 years ago.

My feeling is that labels are for canned food... I am what I am - and I know what I am.

I've always felt that sexuality is a really slippery thing. In this day and age, it tends to get categorized and labeled, and I think labels are for food. Canned food.

Super casual music listeners. That's most of the people in the world. And you have to understand, that's why Top 40 radio exists. It's not there for people who seek out music and who love music.

I went through a period where I was really tired of seeing and reading about myself.

If you disagree with me, fine! Because that's the great thing about America, we can disagree!

Never eat broccoli when there are cameras around.

But we're very much an American band and that's that. I think that's part of the appeal outside of this country and it might be part of the reason people turned away from us within this country, because familiarity breeds contempt.

And I don't expect anyone can bring about a revolution in the way that Bob Dylan did - and really didn't - in the 1960s.

I think there were early critics who wanted us to change the world because the Sex Pistols failed.

I'm just not that fascinating a person to have had all those lives that I've written about.

I'm tired of being this solemn poet of the masses, the enigma shrouded in a mystery.

If I'm tired of me, I'm sure the public is as well.

Much more quotes by Michael Stipe below the page.

My iPod that was programmed by Peter Buck. It has 7,000 songs hand-picked for me by him.

Sometimes before we make a record I go back and listen to a few. It's equally humbling and uplifting.

There was never a golden era of American radio as far as I can tell.

They always want me to play myself and that's a big snooze.

When I get really hammered I take my clothes off. That's a sure sign. It's been a long time since the last time I did that. Probably a year.

When we first started, we were a band from Athens and that was so off the map.

When you meet a stranger, look at his shoes. Keep your money in your shoes.

Because the casual music listeners are the ones who turn on the radio and they don't really care what's playing, they just know that they kinda like it or it's easy to drive to or it's easy to sing along to or whatever.

But I think the one thing that I can say about us is that we're very consistent about certain things and part of that is our desire to do the very best work that we can and not rest on our laurels, or not allow formula to come into what we do.

On planes I always cry. Something about altitude, the lack of oxygen and the bad movies. I cried over a St. Bernard movie once on a plane. That was really embarrassing.