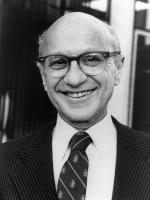 See the gallery for quotes by Milton Friedman. You can to use those 7 images of quotes as a desktop wallpapers. 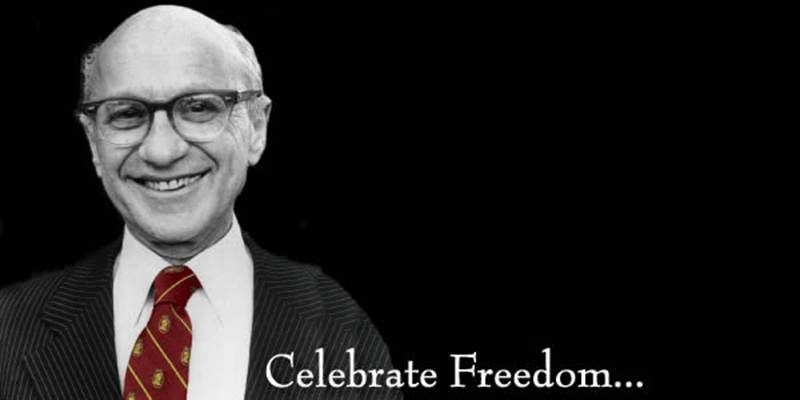 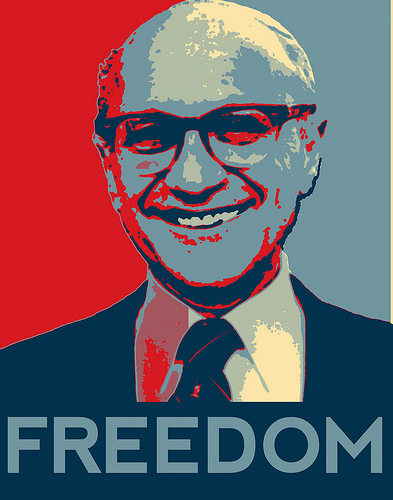 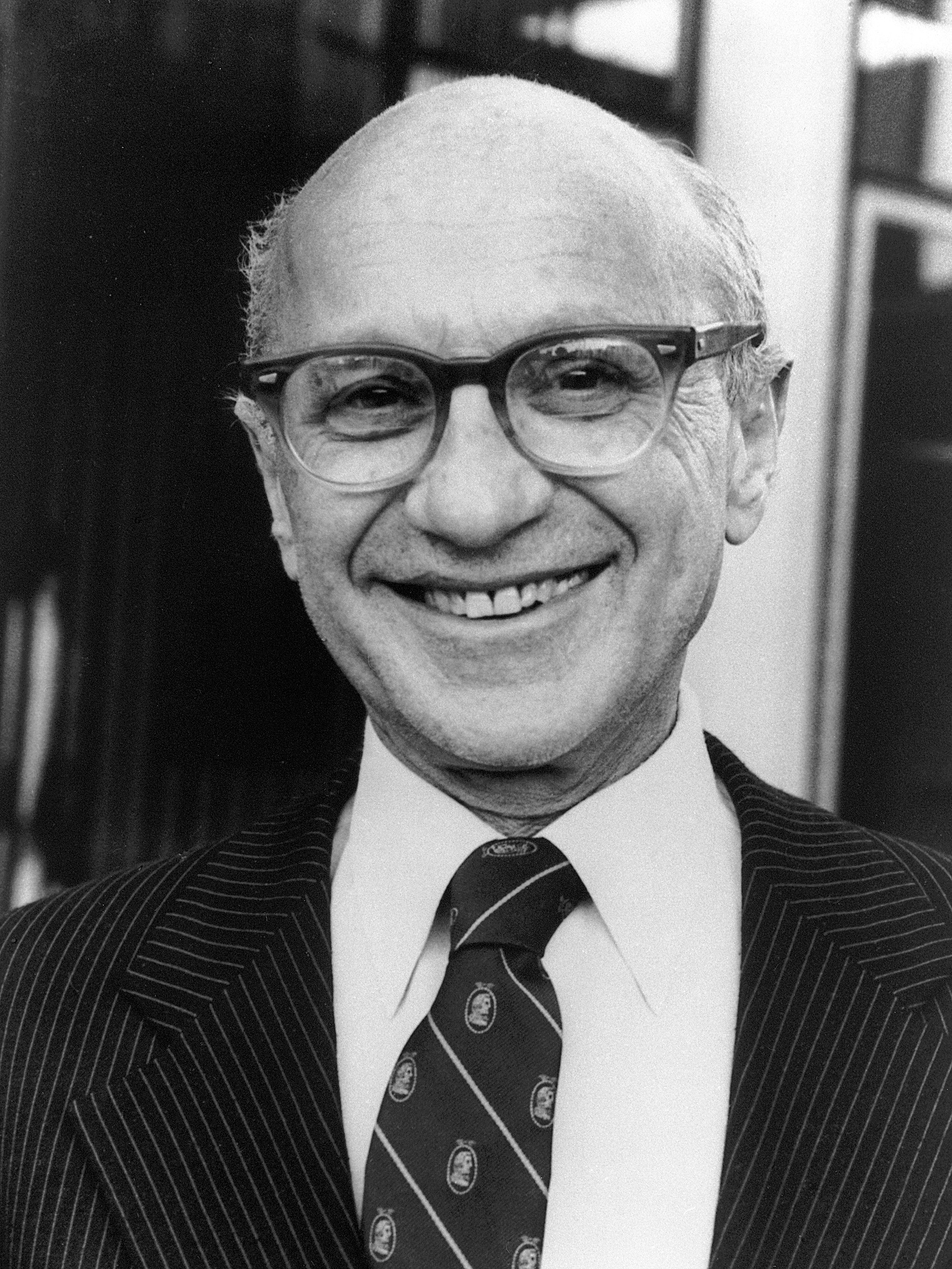 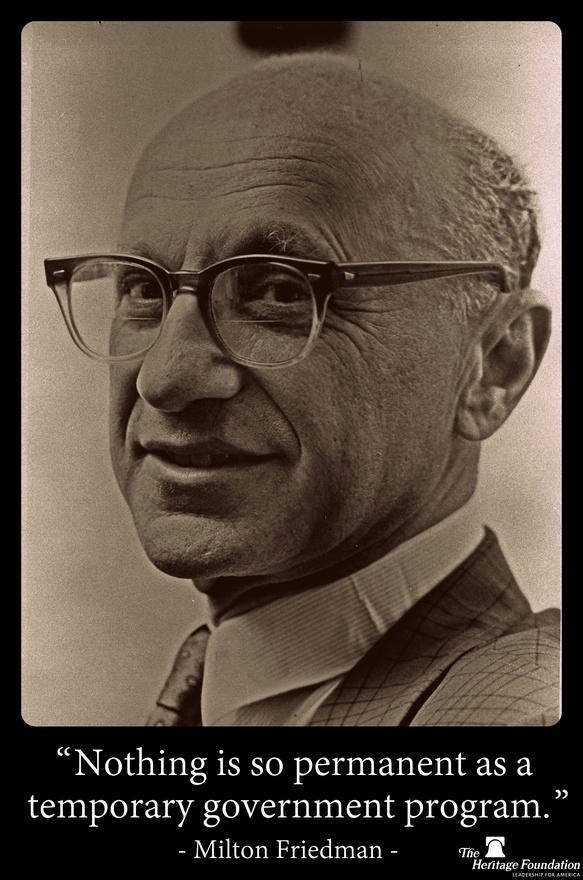 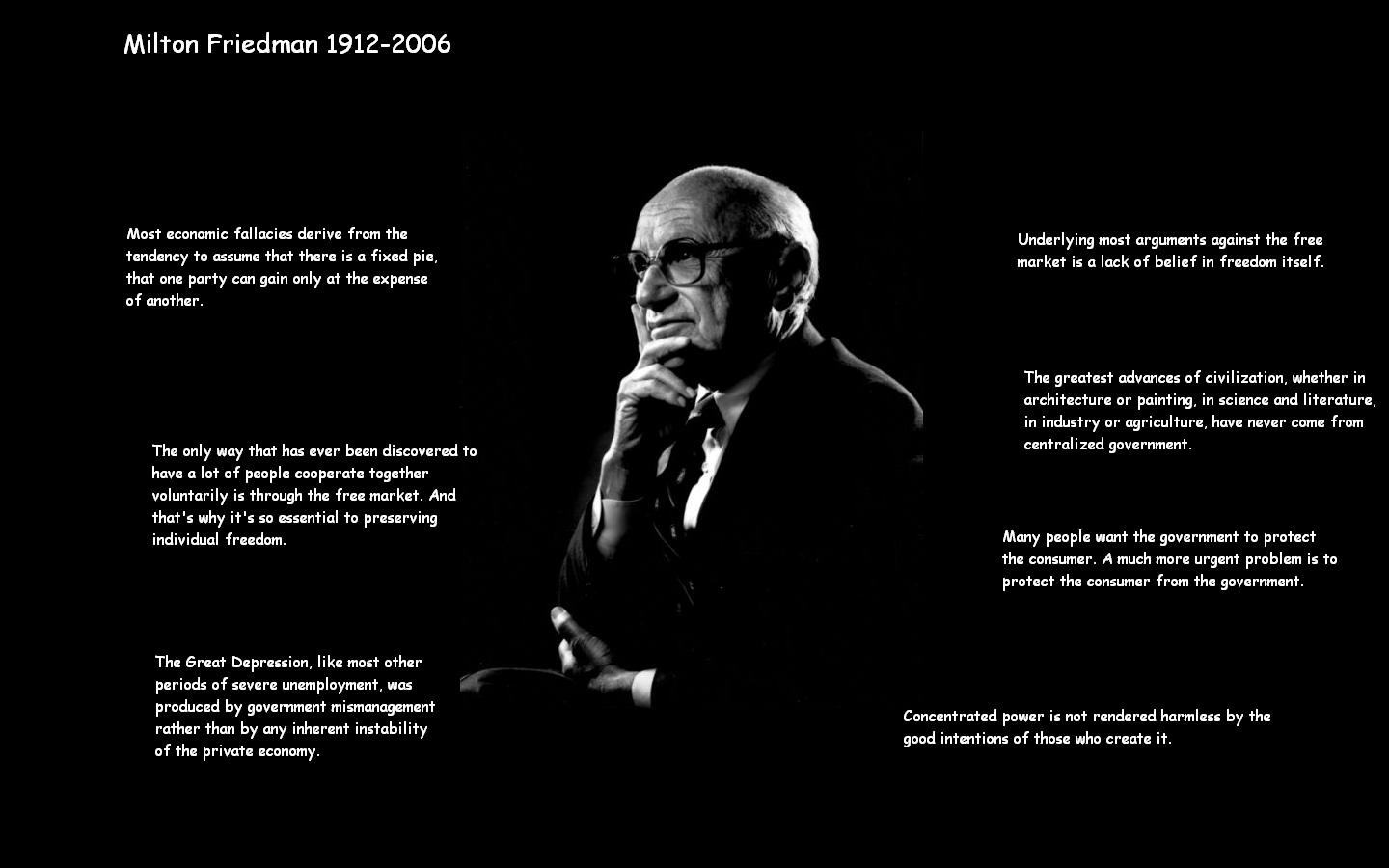 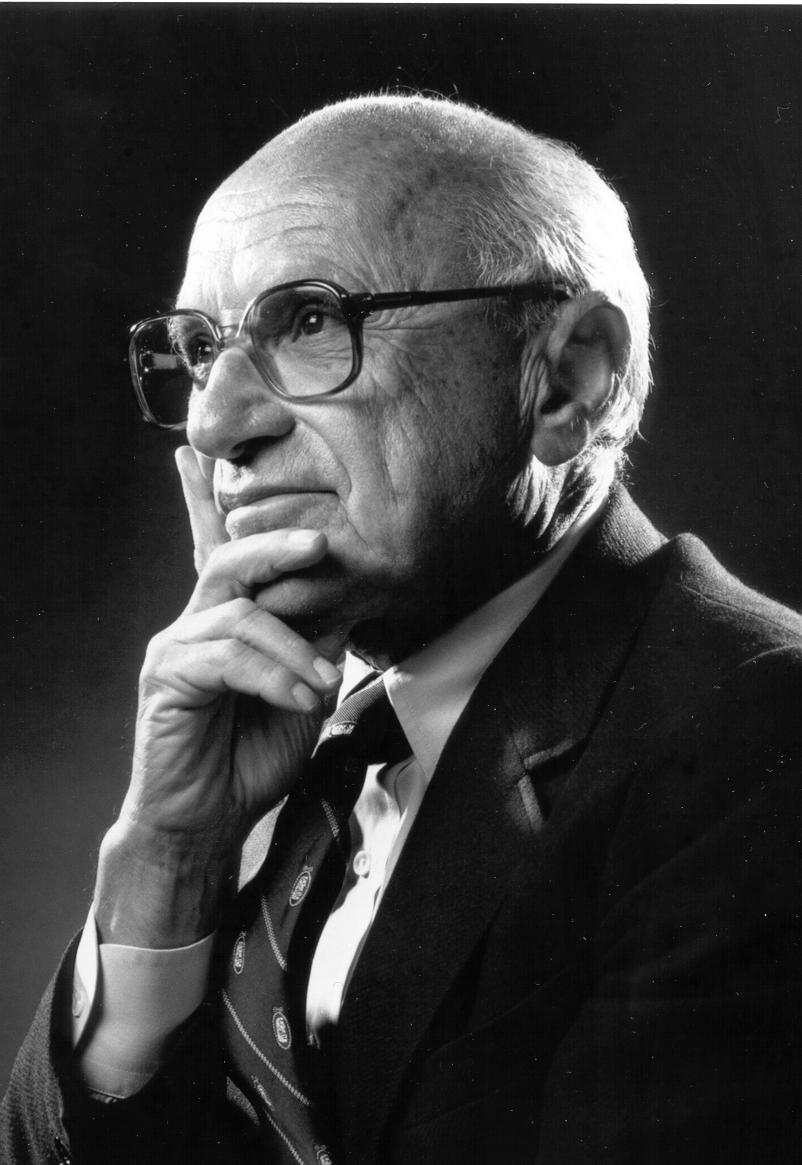 Universities exist to transmit knowledge and understanding of ideas and values to students not to provide entertainment for spectators or employment for athletes.

The greatest advances of civilization, whether in architecture or painting, in science and literature, in industry or agriculture, have never come from centralized government.

The Great Depression, like most other periods of severe unemployment, was produced by government mismanagement rather than by any inherent instability of the private economy.

Much more quotes by Milton Friedman below the page.

I am favor of cutting taxes under any circumstances and for any excuse, for any reason, whenever it's possible.

Inflation is taxation without legislation.

Most of the energy of political work is devoted to correcting the effects of mismanagement of government.

Underlying most arguments against the free market is a lack of belief in freedom itself.

The most important single central fact about a free market is that no exchange takes place unless both parties benefit.

The world runs on individuals pursuing their self interests. The great achievements of civilization have not come from government bureaus. Einstein didn't construct his theory under order from a, from a bureaucrat. Henry Ford didn't revolutionize the automobile industry that way.

Every friend of freedom must be as revolted as I am by the prospect of turning the United States into an armed camp, by the vision of jails filled with casual drug users and of an army of enforcers empowered to invade the liberty of citizens on slight evidence.

The only way that has ever been discovered to have a lot of people cooperate together voluntarily is through the free market. And that's why it's so essential to preserving individual freedom.

Tags: Freedom, Together, Why

There's no such thing as a free lunch.

The problem of social organization is how to set up an arrangement under which greed will do the least harm, capitalism is that kind of a system.

Inflation is the one form of taxation that can be imposed without legislation.