See the gallery for quotes by Moshe Katsav. You can to use those 6 images of quotes as a desktop wallpapers. 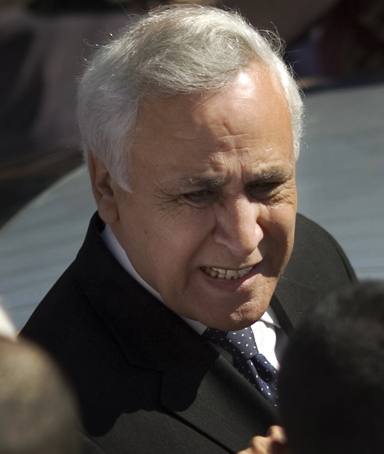 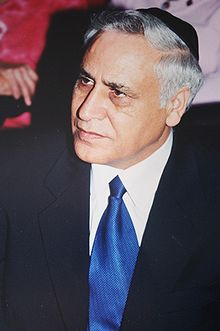 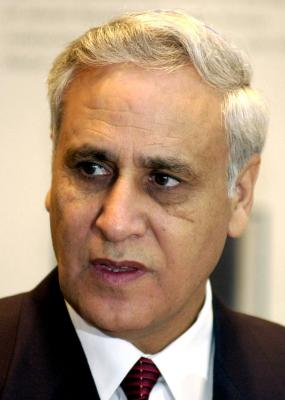 Apparently Iran thinks that it can continue to deceive the world in order to reach its goals.

Fundamentalist governments and organizations endanger stability in the world.

I am proud to be the president of the state of Israel.

I don't think that Iran with a nuclear capability will be just the problem of the state of Israel. This is a matter that concerns the whole world.

Our family has lived in Iran for 2,500 years, and Iranian Jewry has the long history in that land.

The international community is unwilling to accept the policies of the Iranian regime.

The Iranian regime doesn't express the wishes and values of the Iranian people.

Aggressive and irresponsible steps endanger the peace and stability of the world, and the international community feels the need to protect itself from Iran.

I am sure the majority of Iranians want a peace agreement with Israel and want Iran to integrate with the international community and accept its universal values.

I have strong sentiments toward Iran, since I distinguish between the Iranian regime and the Iranian people. I highly esteem Iranian music and culture.

If Iran does not change its policies, it won't be able to integrate into the international community and will become even more isolated than it is now, which likely will have a negative impact on the Iranian people.

In the past there were various suggestions in the framework of financial and other agreements to benefit with Iran. But Iran interpreted those suggestions in a mistaken way and deceived the international community.

Iran stands behind a substantial number of terrorist actions against us, together with Hizballah and the Islamic Jihad. It pretends to care for the Palestinians.

Tags: Against, Care, Together

The internal conditions in Iran are worsening in all aspects. Poverty and unemployment are becoming more severe, despite the fact that Iran has turned into a developed and industrialized country.

The Iranian regime gives financial support to terrorist organizations all over the world, denies the Holocaust, and calls for the wiping the state of Israel from the map, while developing long-range missiles and trying to obtain nuclear weapon.

The Security Council decided to deal with Iran's nuclear intentions. The international community will not be willing to tolerate an Iran with a nuclear capability and an Iran that collaborates with terrorist organizations.

The standards of the international community manifest firmness. Iran has no need for long-range missiles or to collaborate with terrorist organizations all over the world.

Much more quotes by Moshe Katsav below the page.