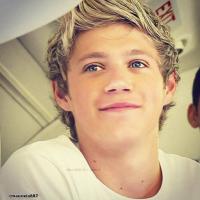 See the gallery for quotes by Niall Horan. You can to use those 8 images of quotes as a desktop wallpapers. 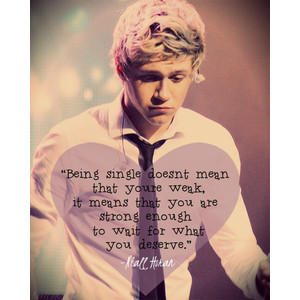 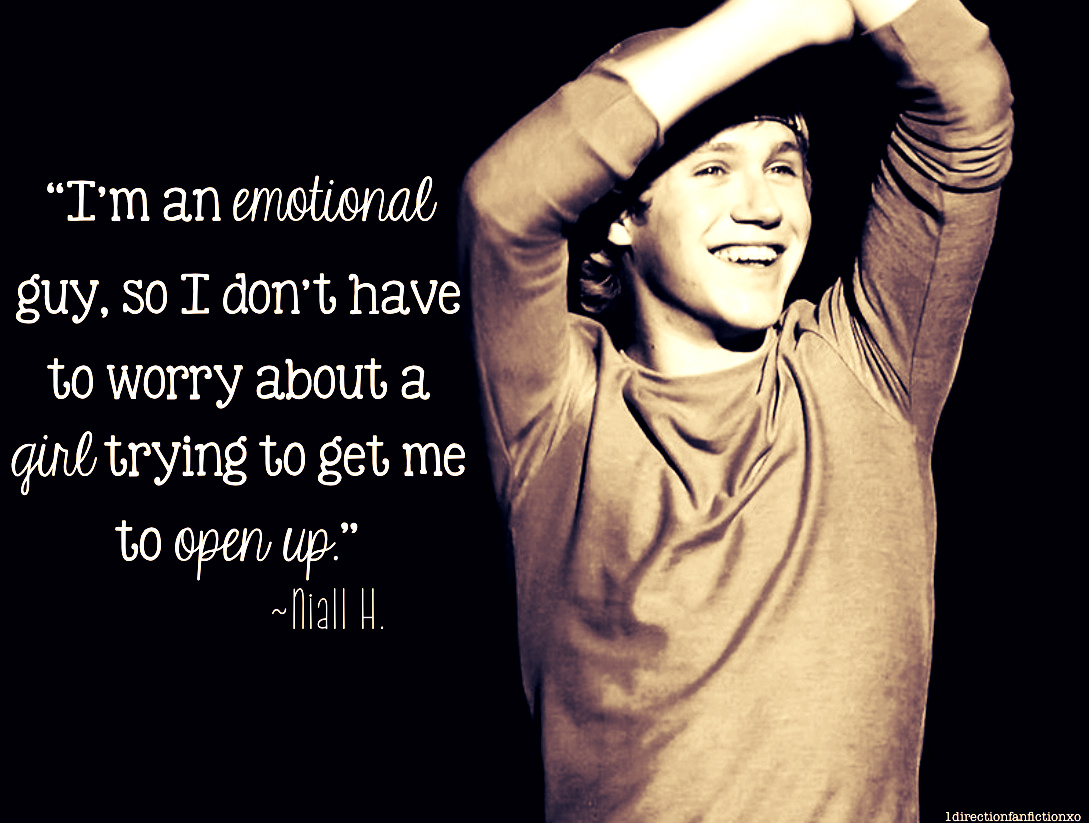 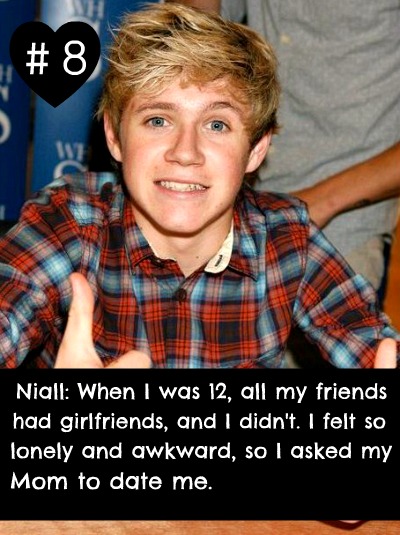 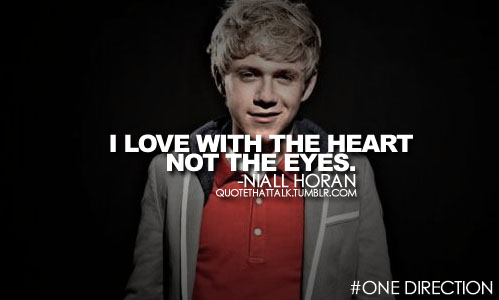 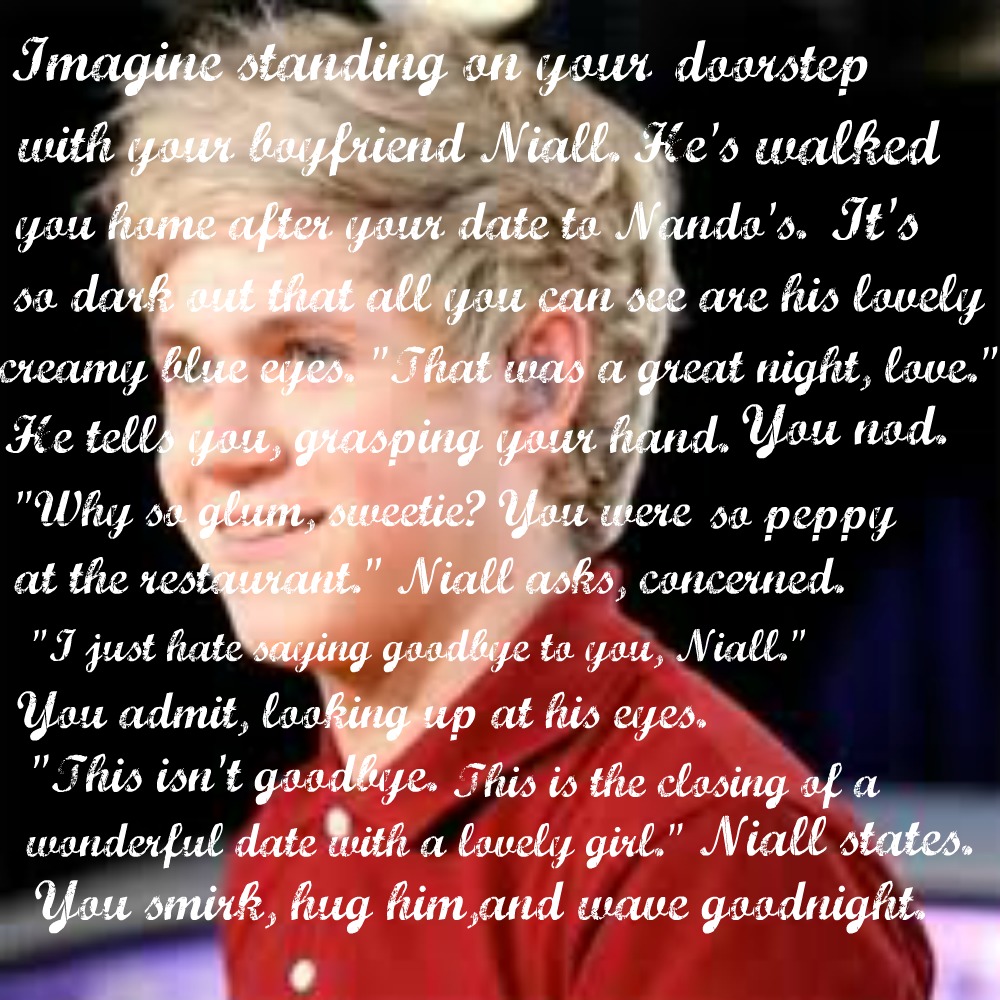 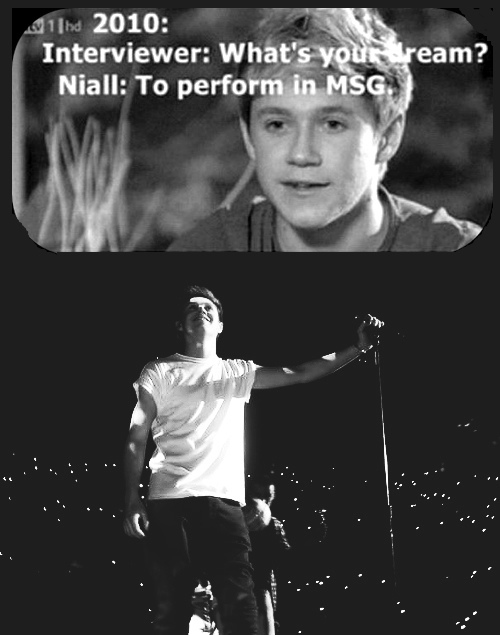 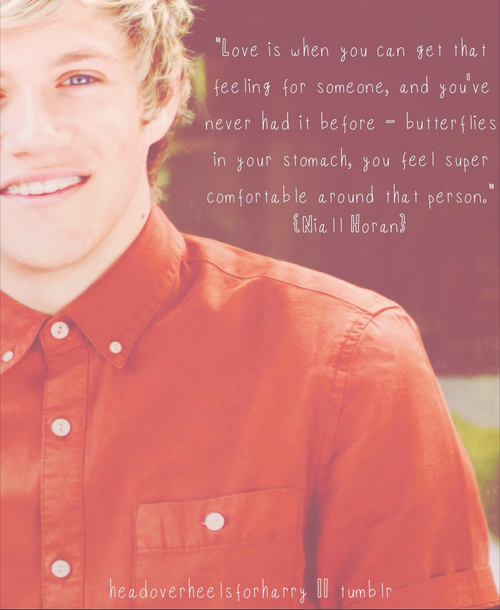 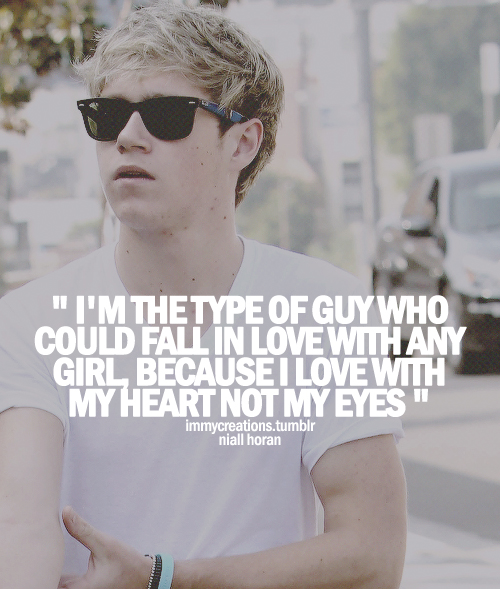 Fans always tell me I'm beautiful, but no one will ever be as beautiful as them.

I actually haven't been on many dates, but I like just chilling around at home and watching a movie with a girl.

I had my first kiss when I was 11, but I think I've blocked it out of my mind because it was so bad. I'm not even sure it counts as a kiss.

Queuing tips for fans: wrap up and bring food!

Katy Perry is the sexiest woman I've ever kissed. It was amazing and very purple - she had purple lipstick on. I don't think there will ever be anything cooler than kissing her... until I marry her maybe!

I just like sitting at home, chilling and watching a movie.

I'm an emotional guy, so I don't have to worry about a girl trying to get me to open up.

I get really nervous if pigeons are flying around before shows. I can't stand them after one once flew in through my bathroom window and went for me while I was having a wee. That was enough. I think pigeons target me.

Tags: After, Enough, Once

Can clearly say Vegemite is horrible! Like tryin' new stuff though.

Everyone gets that second album syndrome.

I feel I am a little bit older. Reckon I will start growing a beard next week.

I want to sell out arenas and make an album and work with some of the best artists in the world.

I've not actually been on too many dates.

'Ted' made me nearly cry. It's kind of like 'Marley and Me.'

The bigger the crowd the better really! The noise calms your nerves.

There's always pressure on the second album - this one has to be the big one.

A personal highlight was probably when we got a No. 1 in the U.K. and when the album went to No. 1 in America. The top four that week was us, Adele, Guns N' Roses and Bruce Springsteen. It was ridiculous seeing those names there. Being the first band from the U.K. and Ireland to go to America and debut at No. 1 is just unbelievable.

A squirrel attacked me. I got attacked by a squirrel in Battersea Park. They're dangerous. It's rare. I've torn most of the ligaments in my knee. So no football for me. It's early retirement now. I've got a floating knee-cap!

I don't get to go home as much as I used to, which is a shame. But I don't mind because my mum moved over to London to look after me. I rented her a house just around the corner.

I had a girlfriend when I was about 13 but we didn't stay together for very long and I've not really been out with many people since. I've still never had a serious girlfriend but I would happily go out with someone if the right girl came along.

Tags: Girl, Someone, Together

You can see girls getting too excited and they start crying or worse. In a lot of these countries they don't get a lot of gigs to go to, so when they get to see their favorite artist they take full advantage of it. Obviously the excitement builds up too much for some on the night and they get a bit... crazy.