See the gallery for quotes by Peter DeFazio. You can to use those 7 images of quotes as a desktop wallpapers. 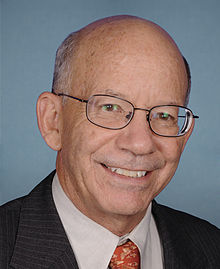 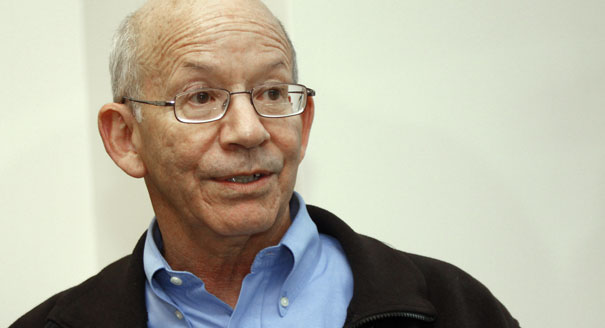 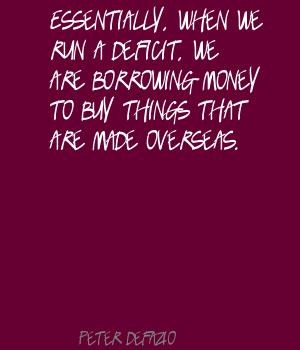 Essentially, when we run a deficit, we are borrowing money to buy things that are made overseas.

First off, the crude oil market, unlike every other commodity in America, is virtually unregulated.

In crude oil trading, we have seen a 46 percent increase over 1 year in the margins there.

Nor should the U.S. military be forced to remain in Iraq essentially as an army for one side of a civil war.

The U.S. cannot force Sunnis, Shias, and Kurds to make peace or to act for the common good. They have been in conflict for 1,400 years.

The U.S. cannot impose freedom, security, and unity in Iraq by force.

The U.S. must renounce any U.S. interest in constructing permanent U.S. military bases in Iraq.

There is no free market in oil.

About 75 percent of the crude oil marketed here is sold off the books, and they are doing trades that would be illegal if it was a regulated market, and of course they do not want to regulate it.

But they are not going to take on Big Oil because Big Oil is very generous at campaign time, and this is all about the elections. They want to pretend that they are doing something meaningful.

In addition to a timeline, I have proposed that U.S. troops be removed from front line combat positions in Iraqi cities and towns, turning over daily security patrols, interactions with citizens, and any offensive security actions to the Iraqis themselves.

Of the 55 refineries closed in America in the last 10 years, they were all closed for economic reasons, mostly oil company mergers. Not a single one was closed for environmental purposes or objections.

Saddam Hussein was a brutal tyrant. I am glad he is now on trial for crimes against humanity. But, opposition to a dictator is not the measure I use when deciding whether to send our men and women in uniform off to war and possible death.

Second, the resolution contains the blatantly false assertion that negotiating a timeline for bringing U.S. troops home with the Iraqi government undermines U.S. national security. Such a statement shows a misunderstanding of the enemy we face in Iraq.

Similarly, establishing a firm timeline for bringing our troops home could accelerate the development of Iraqi security forces and deepen their commitment to defending their own country and their own government.

To the contrary, I believe the U.S. military has already done all that has been asked of them. Saddam Hussein is on trial. The threat from alleged weapons of mass destruction programs in Iraq has been neutralized.