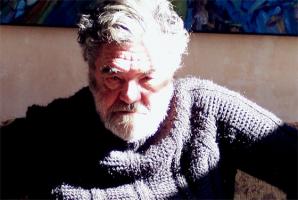 See the gallery for quotes by Ralph Bakshi. You can to use those 8 images of quotes as a desktop wallpapers. 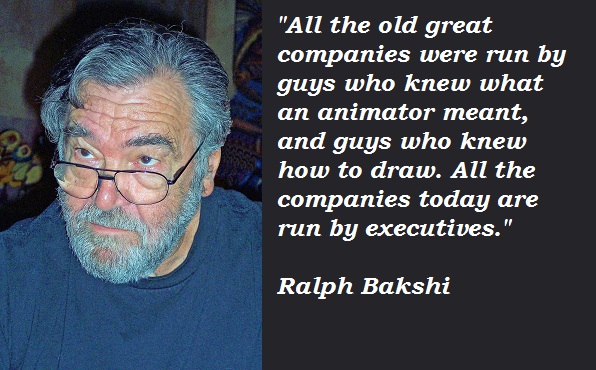 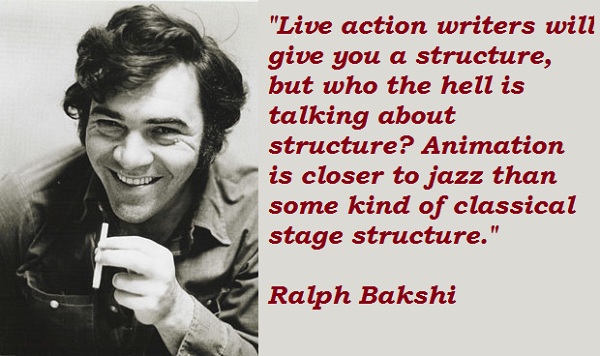 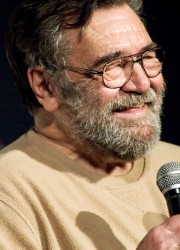 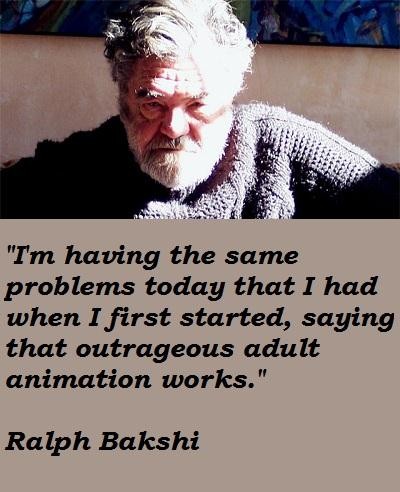 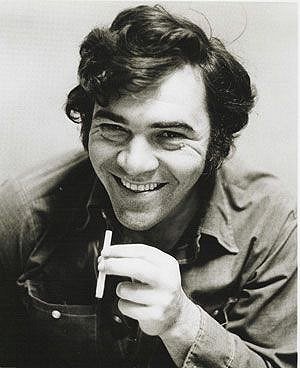 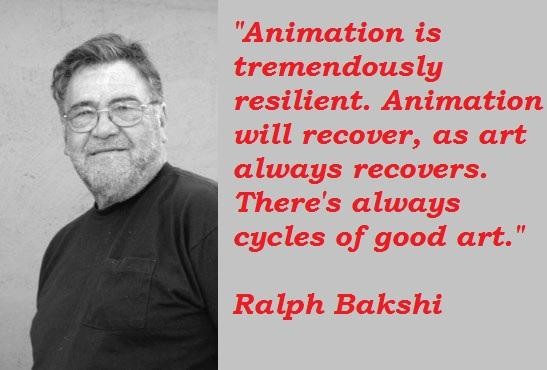 My movies continue to be found and be sold because there's something going on in them.

Painting pictures didn't make me a lot of money. I have to eat.

Sweetheart, I'm the biggest ripped-off cartoonist in the history of the world, and that's all I'm going to say.

They say I'm a revolutionary, but they're all wrong.

Much more quotes by Ralph Bakshi below the page.

Too many of Disney animators, and a lot try to emulate Disney, are trying to hit what they call quality levels. They're boring mannerisms.

You can't second-guess yourself as a filmmaker.