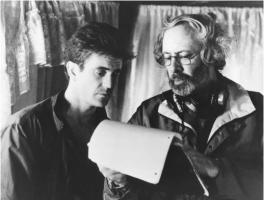 See the gallery for quotes by Robert Towne. You can to use those 6 images of quotes as a desktop wallpapers. 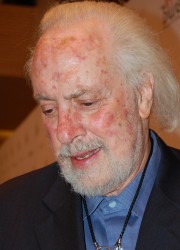 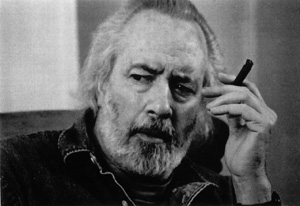 But time has caught up with it and I think vindicated it. Shampoo, too: very dark, very ambitious movie.

One of the reasons for going back into the past is that it's almost the only place that there's any drama.

You're dumber than you think I think you are.

And I think one way or another it's evident to those who work with me that as a writer, a director, a friend, as somebody's there that's very anxious to get the movie made.

But, uh, censorship at that time said that you just absolutely couldn't do anything involving children and so we had to go from there. I don't remember what I changed it to. Duvall is just excellent in it.

Finally, Colin Farrell showed up on my doorstep, only he wasn't Colin Farrell - he was just this Irish kid who had read the script and wanted to do it.

I think that those are the things that you can uniquely do with film that are difficult to do anywhere else: they can bring a picture to life, give it a natural and historical context and make you feel that everything else is suddenly credible.

Tags: Else, Give, Life

I'm excited and encouraged to see people getting involved with their public lands and forests. We really need the public's help to repair these heavily used recreation sites.

If you have a good ear for dialogue, you just can't help thinking about the way people talk. You're drawn to it. And the obsessive interest in it forces you to develop it. You almost can't help yourself.

It made me alive to the fact that the most important thing sometimes is what isn't said - to prepare for moments of revelation that can be read entirely on actors' faces without dialogue.

It was not possible to film in California, because all the areas are heavily built up now. Coming to Cape Town is an invitation to step into the past and recreate Los Angeles of the 1930s.

Now they're attracted to one another, but repelled by their ethnic origins, so that there was something to overcome. They had to overcome their own prejudices, which had been imposed by the culture - their own shame at being Mexican and Italian.

You're torn between wanting to fill in all the spaces and knowing that's really going to screw up the screenplay. And yet, how are you going to communicate it to people who really don't understand the process?