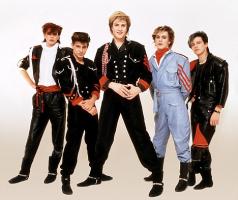 See the gallery for quotes by Roger Andrew Taylor. You can to use those 8 images of quotes as a desktop wallpapers. 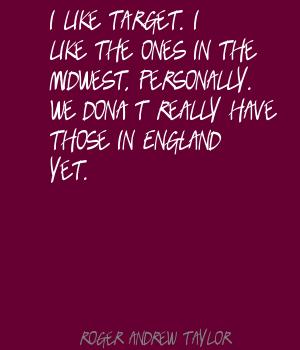 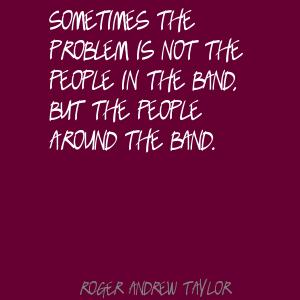 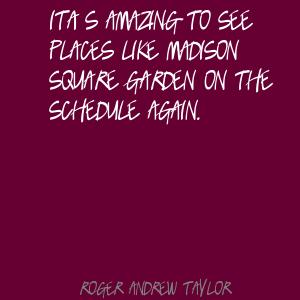 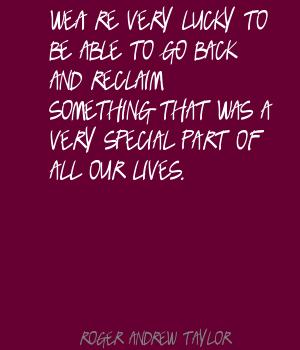 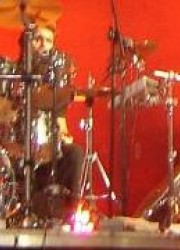 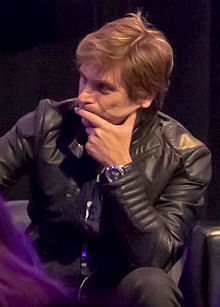 I like Target. I like the ones in the Midwest, personally. We don't really have those in England yet.

It's a nonstop schedule, really. I had lost myself somewhere.

It's amazing to see places like Madison Square Garden on the schedule again.

Some people even went off to form another band, Power Station.

Tags: Another, Off, Power

We still seem to trigger that intensity in people, which was quite incredible.

We're very lucky to be able to go back and reclaim something that was a very special part of all our lives.

Everybody was on the same page. Nobody has really gone out there on a different musical journey. When we got back together again, we all wanted to do the same kind of music.

I lived a normal life for a number of years. I had kids. I lived up on a farm in Gloucestershire in rural England, and just kind of got back to reality again.

I slowly started to drift back into music again. I finally got the call from John... about getting the band back together again. It was so out of the blue. I almost thought that the moment had passed.

I was burned out. I think I was just exhausted. It was a very intense five years. We didn't stop. It was constant touring, constant writing, recording.

It was great fun. We had gone on tour in between the sessions and reconnected with the audience and got a lot of energy back from them, a lot of positive energy.

Nick and Simon had come to a natural end of their working relationship with Warren, which obviously opened the door for a reunion of the original five.

The bar was very high-we had to really make sure that we got what we really wanted, that it was a real finished album. We weren't going to give up until we got that.

When you're in a band that's so big when you're young, you kind of lose your identity a little bit. You just become part of the band. I just needed to get away from it.

You never know how you're going to be received, after all this time. The initial response we had was just overwhelming, particularly that tour of the States.