See the gallery for quotes by Sam Shepard. You can to use those 7 images of quotes as a desktop wallpapers. 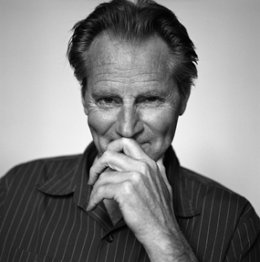 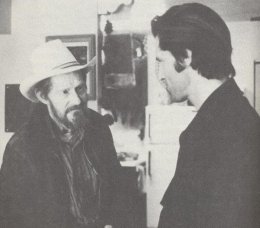 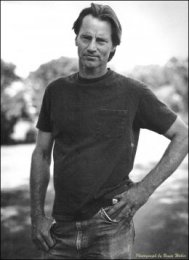 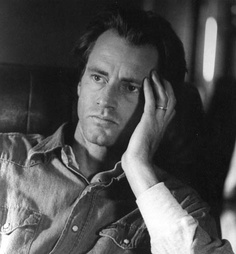 I feel like I've never had a home, you know? I feel related to the country, to this country, and yet I don't know exactly where I fit in... There's always this kind of nostalgia for a place, a place where you can reckon with yourself.

Democracy's a very fragile thing. You have to take care of democracy. As soon as you stop being responsible to it and allow it to turn into scare tactics, it's no longer democracy, is it? It's something else. It may be an inch away from totalitarianism.

Sides are being divided now. It's very obvious. So if you're on the other side of the fence, you're suddenly anti-American. It's breeding fear of being on the wrong side.

Hollywood is geared toward teenage idiocy.

I didn't go out of my way to get into this movie stuff. I think of myself as a writer.

I'm not in demand. I'm all washed up.

It's one of the great tragedies of our contemporary life in America, that families fall apart. Almost everybody has that in common.

You can't make a living as a playwright. You can barely scrape by.

You sometimes use the excuse, 'I'm a writer, dammit, I can do anything I want,' but that doesn't work.

Film acting is really the trick of doing moments. You rarely do a take that lasts more than 20 seconds. You really earn your spurs acting onstage. I needed to do that for myself. I would hate to say at the end of everything that I never did a stage play.

For me, playwriting is and has always been like making a chair. Your concerns are balance, form, timing, lights, space, music. If you don't have these essentials, you might as well be writing a theoretical essay, not a play.

I don't get offered leading parts. I suppose I've become a kind of character actor or sideman. I think it had to do with probably in the '90s, I refused so many leading roles that they gave up on me, or I just became unpopular, or I became old. All those reasons.

I'm a writer. The more I act, the more resistance I have to it. If you accept work in a movie, you accept to be entrapped for a certain part of time, but you know you're getting out. I'm also earning enough to keep my horses, buying some time to write.

I've come to feel that if I can't make something happen in under an hour and a half, it's not going to happen in a compelling way in a three-hour play.

In real life we don't know what's going to happen next. So how can you be that way on a stage? Being alive to the possibility of not knowing exactly how everything is going to happen next - if you can find places to have that happen onstage, it can resonate with an experience of living.

It's funny, in a way the actor is a writer. It's not like the two things are so separate as to be like apples and oranges. The writer and the actor are one.

There's no way to escape the fact that we've grown up in a violent culture, we just can't get away from it, it's part of our heritage. I think part of it is that we've always felt somewhat helpless in the face of this vast continent. Helplessness is answered in many ways, but one of them is violence.

To sing a song is quite different than to write a poem. I'm not and never will be a novelist, but to write a novel is not the same thing as writing a play. There is a difference in form, but essentially what you're after is the same thing.