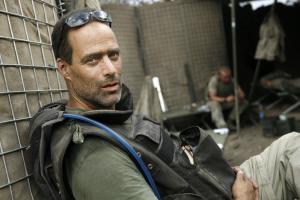 See the gallery for quotes by Sebastian Junger. You can to use those 8 images of quotes as a desktop wallpapers. 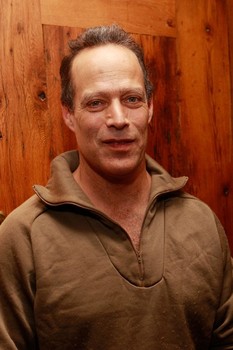 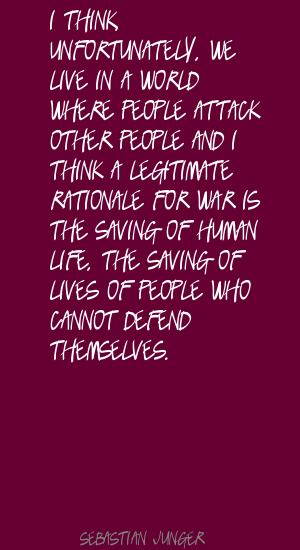 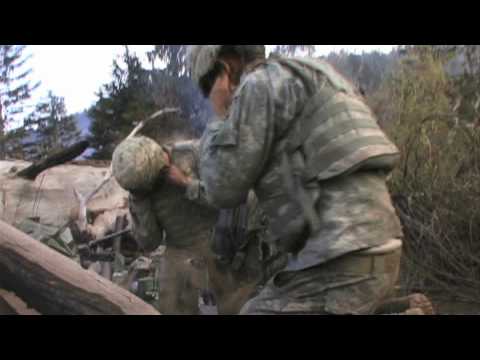 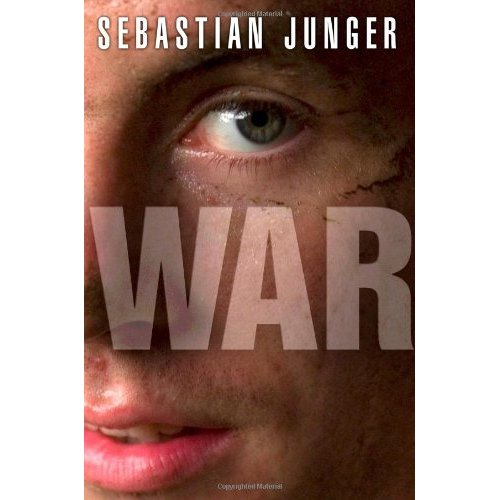 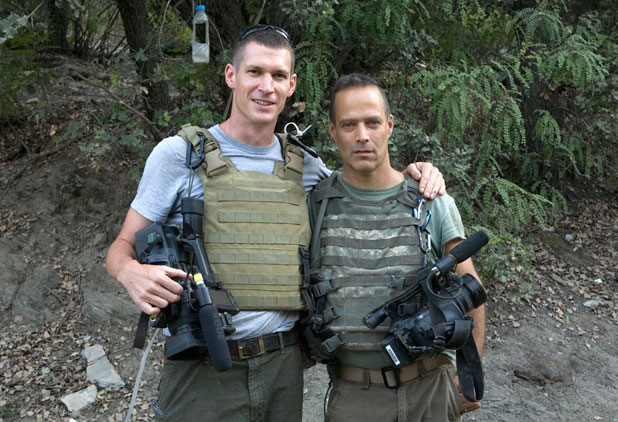 Of the primary emotions, fear is the one that bears most directly on survival. Children show fear. Adults try not to, maybe because it's shameful, or, in some circumstances, dangerous. The fear response is automatic, though, and your body runs through its reflexes whether you want it to or not.

One could reasonably argue that the Turkish pogrom against the Armenians during World War I qualifies as a crime against humanity, as does the United States' ethnic cleansing of Native Americans.

People ask me about 'The Hurt Locker' a lot, and it's an incredible piece of filmmaking - as are 'Band of Brothers' and 'Platoon' and 'Full Metal Jacket' and 'Apocalypse Now.' But they're not necessarily true to war in a literal sense. What they are, really, are brilliant movies about Hollywood's idea of war.

People really in the meat grinder of the front lines are not, for the most part, insured or salaried network correspondents. They're young freelancers. They're kind of a cheap date for the news industry.

The American military generally counts on a kill ratio of 10 to 1 when fighting lightly armed insurgents: for every dead American, there are probably 10 dead enemy.

The combat environment has the effect of flattening out civilian identities. If you're young or old, or a graduate from Harvard or the son of a farmer from Alabama, or if you're gay or straight or good-looking or ugly: none of those things matters much in combat, as long as you can conform to the group expectations.

The Kosovars were granted autonomy at the end of World War II, but then aspiring president Milosevic had the autonomy revoked in 1989, and the Dayton Accords of 1995, which ended the recent war in Bosnia and Croatia, failed to address the issue of Kosovo's status.

The negative effects of combat were nightmares, and I'd get jumpy around certain noises and stuff, but you'd have that after a car accident or a bad divorce. Life's filled with trauma. You don't need to go to war to find it; it's going to find you. We all deal with it, and the effects go away after awhile. At least they did for me.

There are no journalistic ethics that transcend the value of human life. There are none. In a situation where you can save a human life, you must. There isn't any conflict in my mind.

There are photographers who don't really engage with their subject. It's a really unfortunate phrase, but they take their photo and they leave with it. It works but I think it ultimately limits how profound the work can be.

Traditional Albanian society was based on a clan system and was further divided into brotherhoods and bajraks. The bajrak system identified a local leader, called a bajrakar, who could be counted on to provide a certain number of men for military duty.

Well, the fact that the news industry doesn't have enough money to only send salaried staff to war zones means there is an enormous, wide-open opportunity for young people who want to be on staff and don't know how to get there.

Well, you got to remember, bin Laden killed 3,000 Americans and, in some ways, he and his ideology killed tens of thousands of his fellow Muslims, including Pakistanis. I understand that that was provocative and complicated for Pakistan, but only if you accept the idea that he was an acceptable member of Pakistani society.

What is and isn't justified by military necessity is, naturally, open to interpretation. One of the key concepts, though, is the law of proportionality. A military attack that results in civilian casualties - 'collateral damage' - is acceptable as long as the military benefits outweigh the price that is paid by humanity.

I think, unfortunately, we live in a world where people attack other people and I think a legitimate rationale for war is the saving of human life, the saving of lives of people who cannot defend themselves.

When you're scared, you're still hanging on to life. When you're ready to die, you let it go. A sort of emptying out occurs, a giving up on the world that seems oddly familiar even if you've never done it before.

If you get an infection, you get a fever; the fever is your body dealing with the infection. If you get traumatized, your mind and your brain have a reaction to that trauma. If you're not dreaming about it, something's probably wrong.

A grenade launcher will easily take out a tank; a Molotov cocktail placed in its air intake will destroy one as well.

I don't think journalists in World War II were objective about the Nazis, and I don't think they should have been.

I hope I get married one day.

I'm a good liberal, and I grew up in a very liberal family and had very strongly held beliefs.

If you shell a military base and happen to kill civilians, you have not committed a war crime; if you deliberately target cities and towns, you have.

The attacks of 9/11 came out of Afghanistan. It was a failed state, a rogue nation. That's why al Qaeda was there in the first place.

The only thing that makes battle psychologically tolerable is the brotherhood among soldiers. You need each other to get by.

Much more quotes by Sebastian Junger below the page.

Here's an easy way to see if a war movie is being truthful: If you see an explosion on a faraway hillside and the sound of the explosion and the detonation of the bomb happen at the same time - if they're putting the sound and the vision together in the same moment - they're going toward our cultural understanding of war, not the reality of war.

I don't think people would climb mountains or jump off bridges with parachutes or kayak Class V rapids if those things didn't offer the brief and horrible illusion of imminent death. They would just be complicated, time-consuming endeavors that we'd steer well clear of because they got in the way of real life.

I have been working since I was 20, and I'm 38. I actually once averaged out what I had made over my professional life. I think I could have made that much as a waiter or an insurance salesman. You know, I spent so many years in my 20's making $10,000 a year.

I think human society for tens of thousands of years has sent young men out in small groups to do things that are necessary but very dangerous. And they've always gotten killed doing it. And they've always turned it into a matter of honor and a way of gaining acceptance back into society if they survived.

I think objectivity is like this strange myth that people think you're supposed to achieve, but actually, the dirty little secret is that it's not attainable any more than pure justice is attainable by the courts.

I went to Afghanistan in '96 to write about terrorist training camps south of Jalalabad and Tora Bora, in the mountains. I was there right before the Taliban took over, literally a few weeks before they took Kabul. The frontline wasn't terribly active, but it was definitely there. And they swept into power.

In some ways, risk-taking is the ultimate act of self-indulgence, an obscene insult to the preciousness of life. And yet, how can one dismiss something that persists despite every reasonable theory that it shouldn't?

It's fun to have money, but the more money I get, the less interesting it becomes. If you don't have very much, you have to think about it. If you are starving, you become interested in food. If you are struggling to pay the bills, money becomes tragically important.

My wife, Daniela, and I live in an old house from 1810 with three fireplaces at the end of a dead-end dirt road on Cape Cod, so I turn the trees into firewood for us and a friend of mine sells the rest.

No matter how many people you kill, using a machine gun in battle is not a war crime because it does not cause unnecessary suffering; it simply performs its job horrifyingly well.

No one will remember that President Obama supported the Arab Spring if it eventually fails and the region collapses back into the political Dark Ages. If we actively engage these movements with advice, with money, and, when necessary, with military force, then we get a vote in how it all turns out.