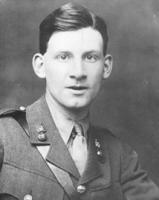 See the gallery for quotes by Siegfried Sassoon. You can to use those 8 images of quotes as a desktop wallpapers. 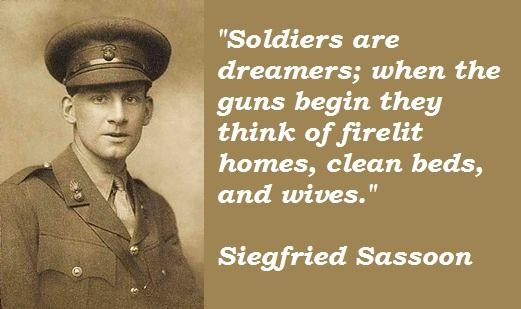 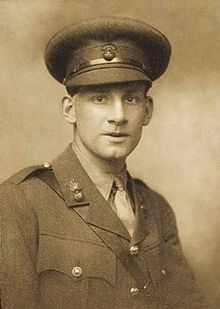 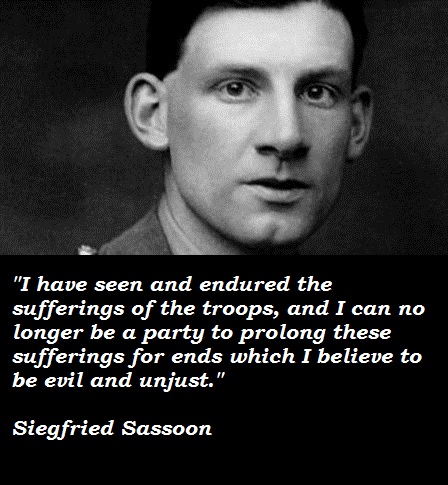 I am not protesting against the conduct of the war, but against the political errors and insincerities for which the fighting men are being sacrificed.

I am a soldier, convinced that I am acting on behalf of soldiers.

In me the tiger sniffs the rose.

Man, it seemed, had been created to jab the life out of Germans.

Soldiers are citizens of death's grey land, drawing no dividend from time's tomorrows.

I am making this statement as an act of wilful defiance of military authority, because I believe that the War is being deliberately prolonged by those who have the power to end it.

I believe that the purpose for which I and my fellow soldiers entered upon this war should have been so clearly stated as to have made it impossible to change them, and that, had this been done, the objects which actuated us would now be attainable by negotiation.

I have seen and endured the sufferings of the troops, and I can no longer be a party to prolong these sufferings for ends which I believe to be evil and unjust. 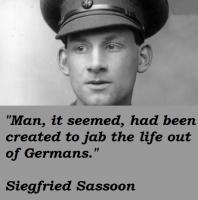 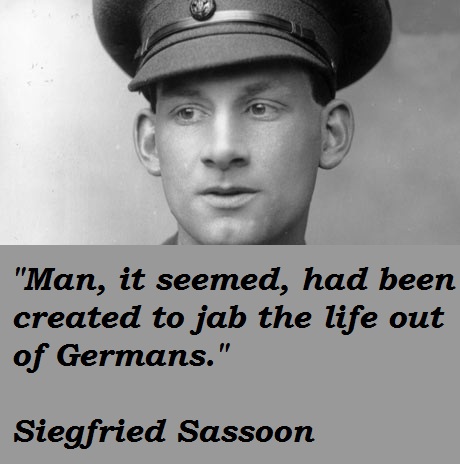 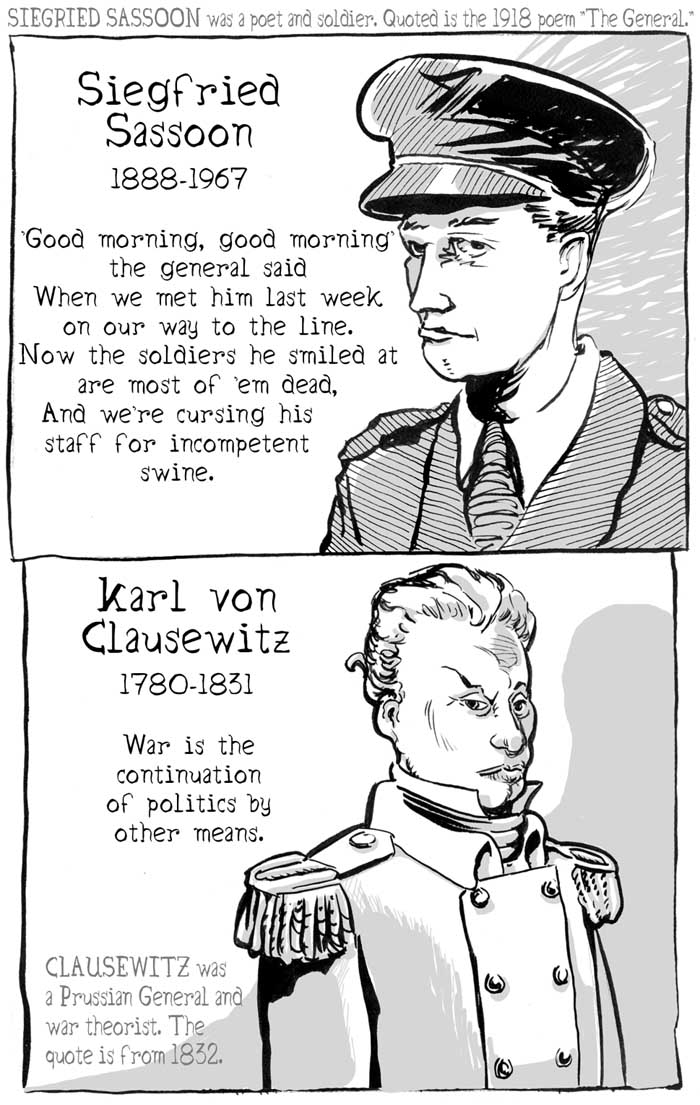