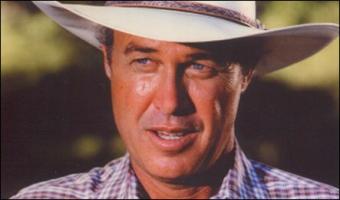 See the gallery for quotes by Steve Kanaly. You can to use those 7 images of quotes as a desktop wallpapers. 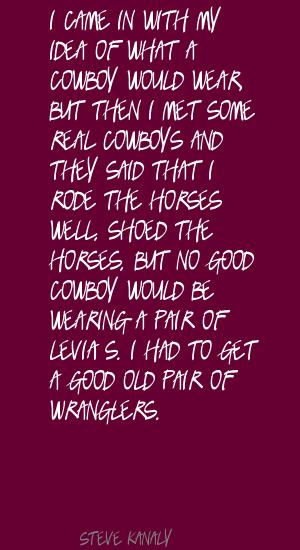 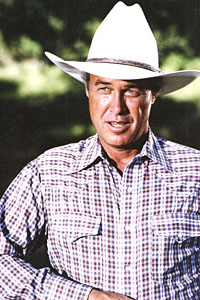 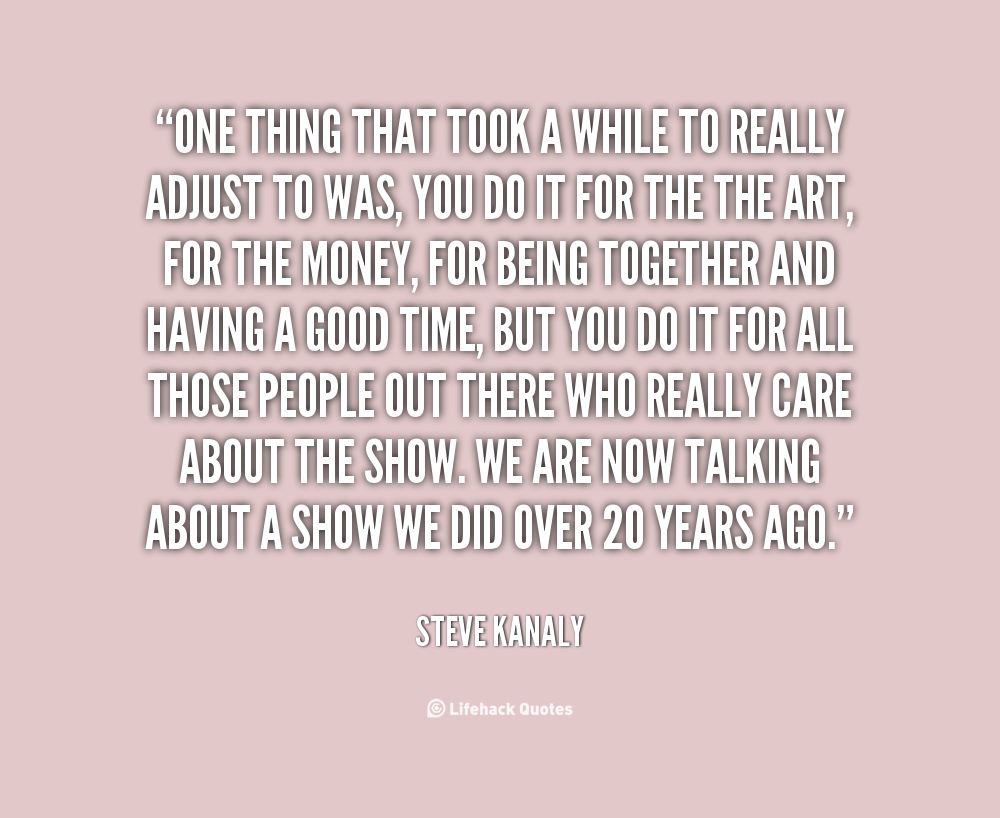 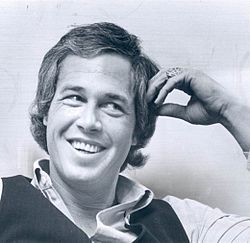 I came in with my idea of what a cowboy would wear, but then I met some real cowboys and they said that I rode the horses well, shoed the horses, but no good cowboy would be wearing a pair of Levi's. I had to get a good old pair of Wranglers.

Despite what people think of cowboys, they take pride in how they look, and that look is important to them.

I have English family in Northhampton and have been to England numerous times.

If you stay in this business long enough, you're liable to hit it big.

My focus is that firearms are handled safely and that we can continue to enjoy them here in North America.

Once Ray was a Ewing, all the problems were solved.

As an actor I think sometimes producers need a little bit of encouragement to see you in a particular role, they may not have as much imagination as you would expect.

I grew up with the television product being old Western serials like Roy Rogers, and John Wayne and Gary Cooper, and many others were my favorites when I was a young person going to films.

I had a traditional interview based on a phone call from an agent. He says there's a show and they would like to see you and its called Dallas. With very little knowledge I go over to this meeting at Warner Brothers.

I was in love with this character of Ray Krebbs. I wanted the part badly. I had done several Western films in my career at that point and there wasn't much opportunity then to play Western roles on television at that time.

It was far more fun than work doing those shows for all those years, we all loved each other and loved going to work, we all understood how fortunate we were to be in that place, to have achieved that success worldwide.

One thing that took a while to really adjust to was, you do it for the the art, for the money, for being together and having a good time, but you do it for all those people out there who really care about the show. We are now talking about a show we did over 20 years ago.

Ray would be in trouble, he would get drunk, he would try and kill J.R on three different occasions, he would make mistakes with financial affairs, and have various human problems, but he didn't have any mean bones in his body! That was a little bit of what the show was about.

We were all thrown together on this show very rapidly, there was casting then a few days later a meeting where we all got to read the scripts and meet each other. Literally days after that we were on our way to Dallas.

Tags: After, Show, Together

We'd go out in Larry's hippie van and drive out all around Dallas. He loved Chinese food, he'd go in and say. Remember me Major Nelson, me and my friends here are making this show called Dallas, have you got a table for us? It would work every time.

When a show becomes a mega hit internationally, you lose a lot of privacy, you become a hider. It's not a human condition we are exposed to very often.