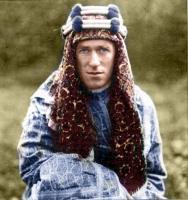 See the gallery for quotes by T. E. Lawrence. You can to use those 7 images of quotes as a desktop wallpapers. 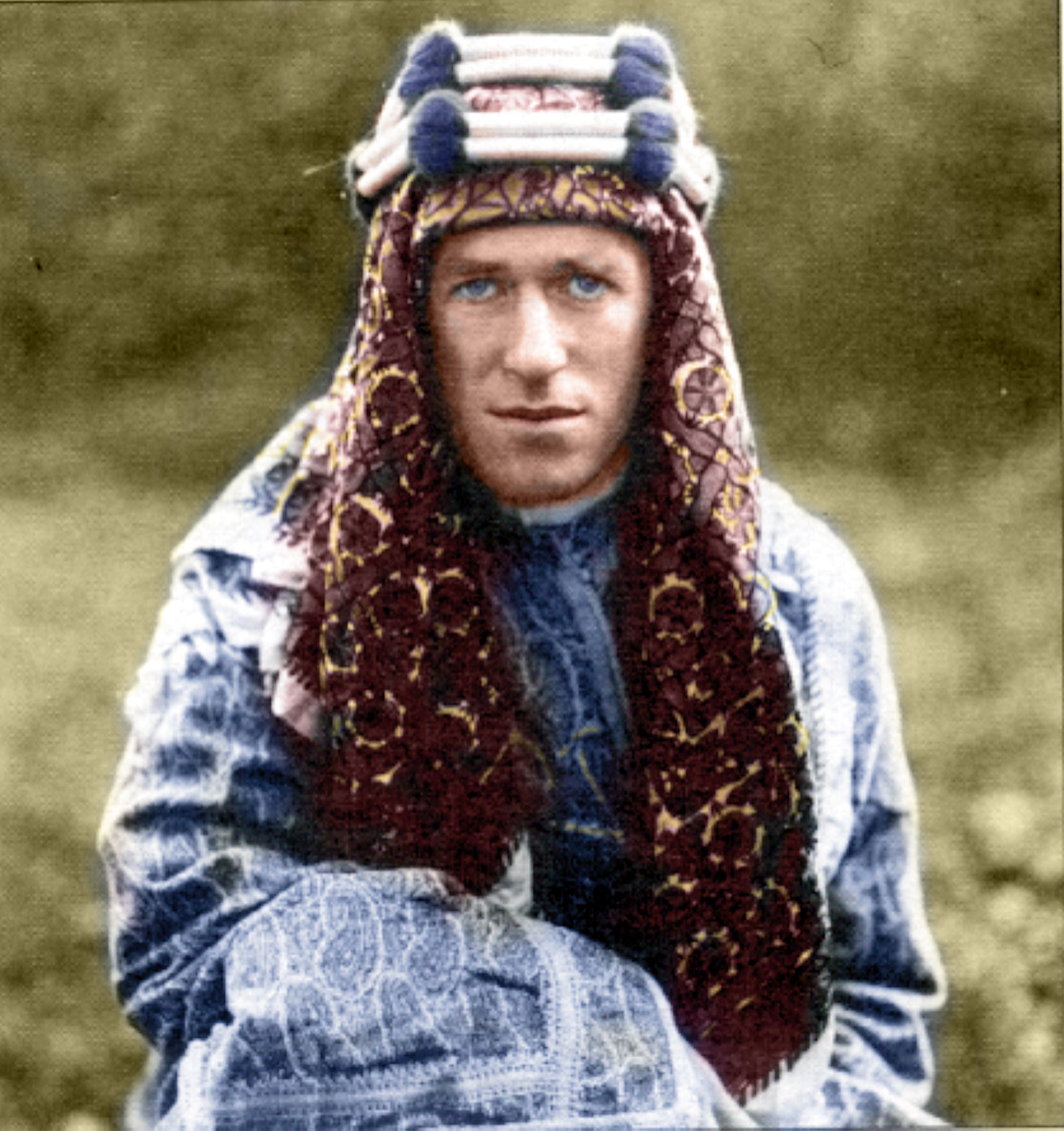 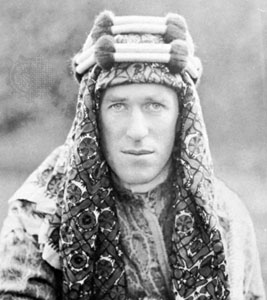 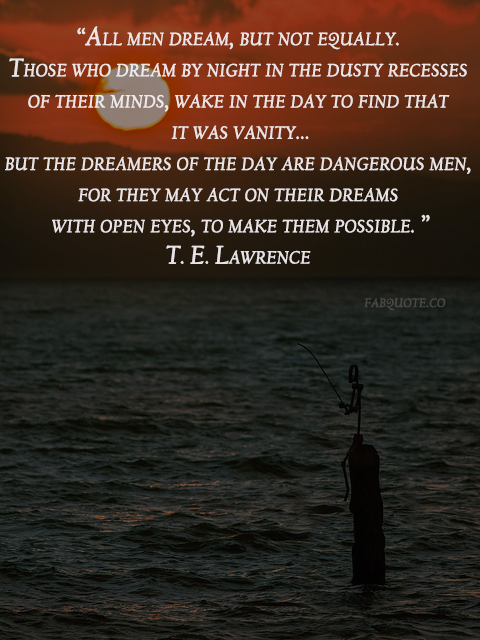 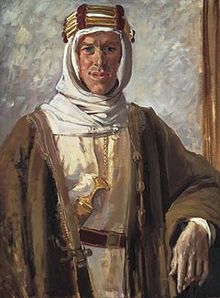 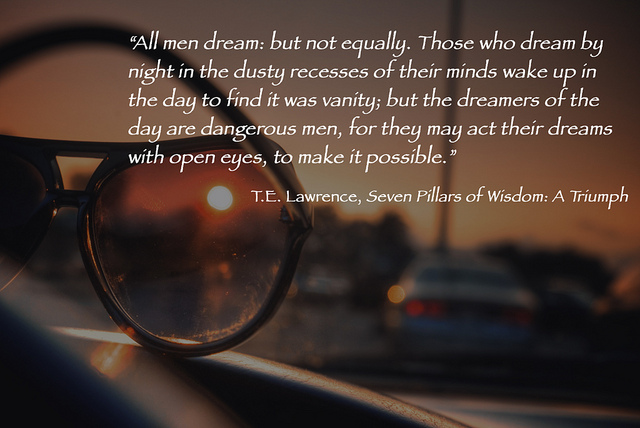 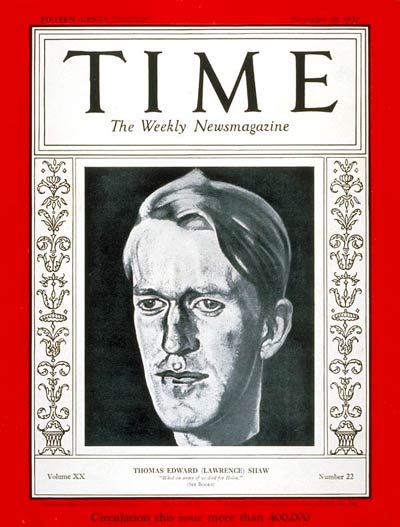 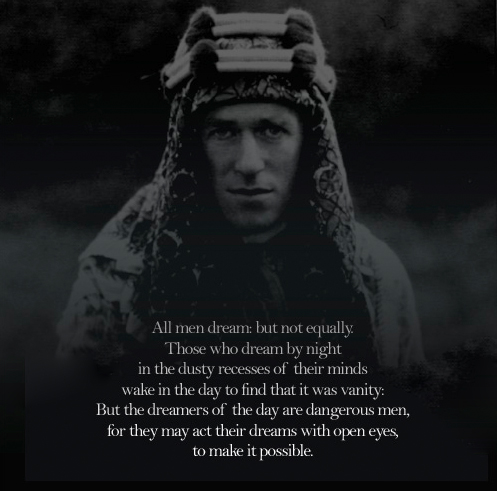 All men dream, but not equally. Those who dream by night in the dusty recesses of their minds, wake in the day to find that it was vanity: but the dreamers of the day are dangerous men, for they may act on their dreams with open eyes, to make them possible.

All the revision in the world will not save a bad first draft: for the architecture of the thing comes, or fails to come, in the first conception, and revision only affects the detail and ornament, alas!

To me an unnecessary action, or shot, or casualty, was not only waste but sin.

I've been & am absurdly over-estimated. There are no supermen & I'm quite ordinary, & will say so whatever the artistic results. In that point I'm one of the few people who tell the truth about myself.

To have news value is to have a tin can tied to one's tail.

The Beduin could not look for God within him: he was too sure that he was within God.

Tags: God, Him, Sure

This creed of the desert seemed inexpressible in words, and indeed in thought.

Men have looked upon the desert as barren land, the free holding of whoever chose; but in fact each hill and valley in it had a man who was its acknowledged owner and would quickly assert the right of his family or clan to it, against aggression.

Isn't it true that the fault of birth rests somewhat on the child? I believe it's we who led our parents on to bear us, and it's our unborn children who make our flesh itch.

Nine-tenths of tactics are certain, and taught in books: but the irrational tenth is like the kingfisher flashing across the pool, and that is the test of generals.

It seemed that rebellion must have an unassailable base, something guarded not merely from attack, but from the fear of it: such a base as we had in the Red Sea Parts, the desert, or in the minds of the men we converted to our creed.

Some of the evil of my tale may have been inherent in our circumstances. For years we lived anyhow with one another in the naked desert, under the indifferent heaven.

Tags: Another, Evil, May