See the gallery for quotes by Vince Cable. You can to use those 5 images of quotes as a desktop wallpapers. 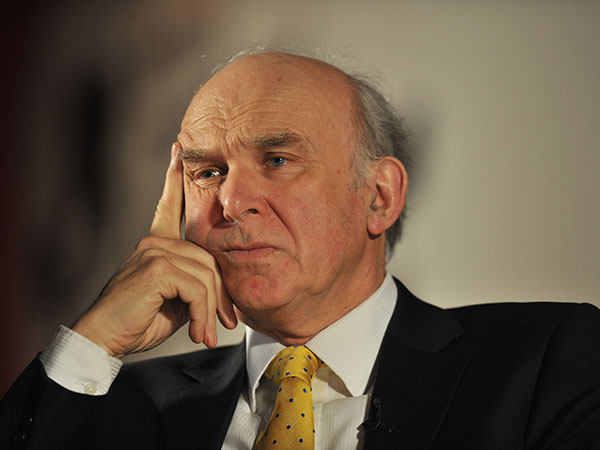 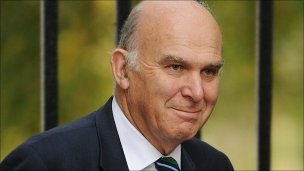 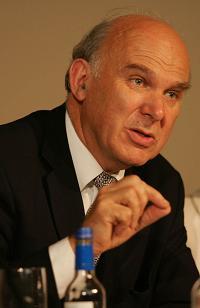 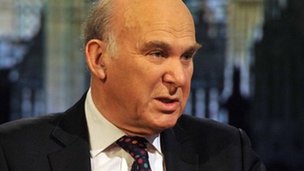 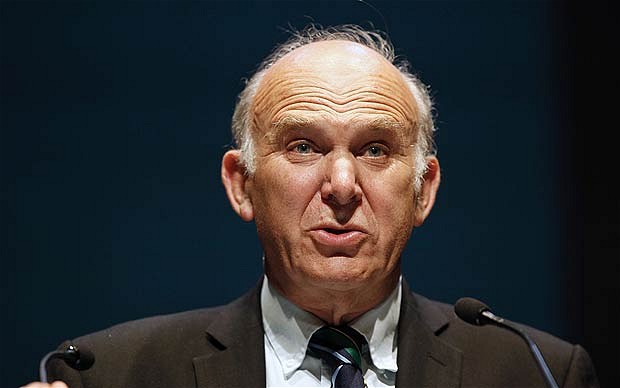 Much more quotes by Vince Cable below the page.

When Gordon Brown becomes prime minister, the balance sheet that reflects his economic stewardship could look very sickly indeed. He could become Labour's biggest liability, not its most marketable asset.

When I was a child we were sufficiently well off for me to be a picky eater and I still cannot eat vegetables cooked in the traditional British manner.

When my job was attempting to predict future economic developments for the Shell oil company, I was frequently reminded of an Arabic saying: 'Those who claim to foresee the future are lying, even if by chance they are later proved right.'

I don't feel comfortable with luxury, and I try to stay fairly normal.

And humility in politics means accepting that one party doesn't have all the answers; recognising that working in partnership is progress not treachery.

Now the main areas of higher education that still enjoy considerable financial support from government are subjects like engineering and science and the research ringfence which is the basic minimum to protect Britain's scientific competitiveness.

According to the papers, I'm miserable, alienated, and on the brink of resignation. But that's simply not where I am.

I am a bit of a lefty on some issues.

I've always been comfortable working with women and I've had two happy marriages. Draw what conclusions you like from that.

In my job I meet many outstanding, world class, British based companies. But we need more companies and more jobs in the companies we have.

So I went into government with a clear mind about what the problems were, and what needed to be done.

The worship of youth has diminished - perhaps generally - in recent years.

Where there is flagrant abuse of corporate entities we must and will seek to tackle it.

Banks operate like a man who either wears his trousers round his chest, stifling breathing, as now, or round his ankles, exposing his assets. We want their trousers tied round their middle: steady lending growth; particularly to productive British business, especially small scale enterprise.

Britain is no longer one of the world's price setters. It is painful. It is a challenge to us in government to explain all that, and it is a pity that the political class is not preparing the public for it to understand how massive the problem is.

For wide swaths of training and education there are valuable spillovers which mean that the private sector needs support from the government. That is why I have been so determined to protect and grow apprenticeships and put higher education on a sustainable footing.

I am going to confront the old-fashioned negative thinking which says that all government needs to do to generate growth is cut worker and environmental protections, cut taxes on the rich and stroke 'fat cats' until they purr with pleasure. I'm completely repudiating the idea that government has to get out of the way.

I have managed to infuriate the bank bosses; acquire a fatwa from the revolutionary guards of the trades union movement; frighten the 'Daily Telegraph' with a progressive graduate payment; and upset very rich people who are trying to dodge British taxes. I must be doing something right.

I made friends with a boy who was a communist when I was 13 and that broadened my political views, but it also brought me into conflict with my father who was very Right-wing.

I think what is happening is I think first of all there is confidence in the U.K. economy. We're in a German rather than a Greek position in international financial markets, which is very positive and keeps our debt service costs down, and we're also beginning to see real evidence of rebalancing.

I'm now happily remarried to a good cook, which encourages me to be lazy. I like to think that I'm a new man, but perhaps I'm not. I offset it by doing the ironing, though. She has a small farm in the New Forest with a herd of cattle, so she serves up a steak and kidney pie made with her own beef.

Investment banking has, in recent years, resembled a casino, and the massive scale of gambling losses has dragged down traditional business and retail lending activities as banks try to rebuild their balance sheets. This was one aspect of modern financial liberalisation that had dire consequences.

Many of our problems are home-grown. Gordon Brown regularly advised the rest of the world to follow his British model of growth. But the model was flawed. It led to the highest level of household debt in relation to income in the world.