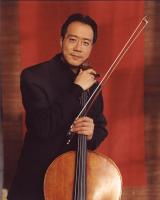 See the gallery for quotes by Yo-Yo Ma. You can to use those 8 images of quotes as a desktop wallpapers. 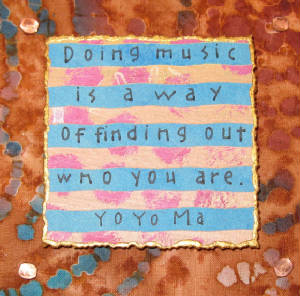 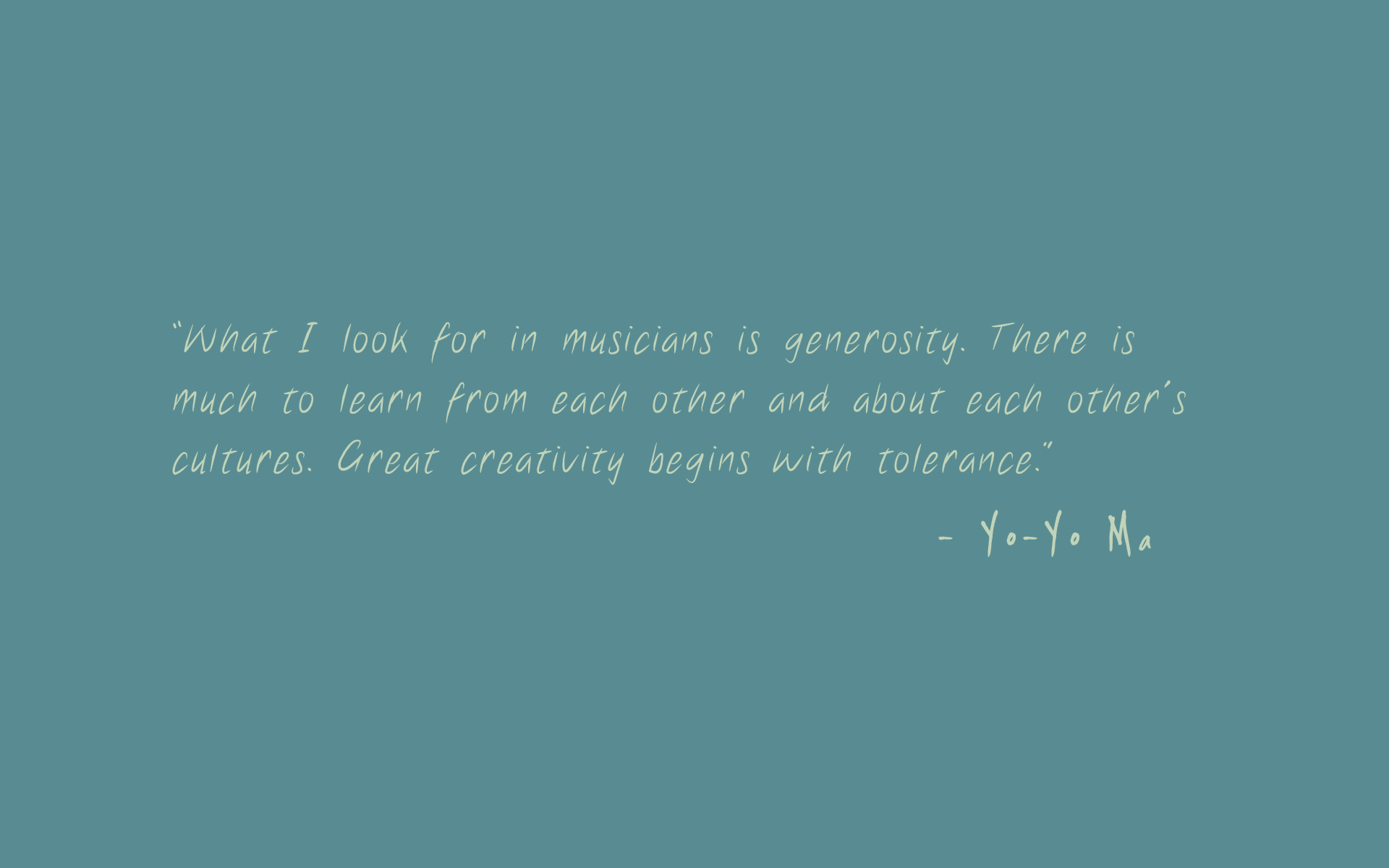 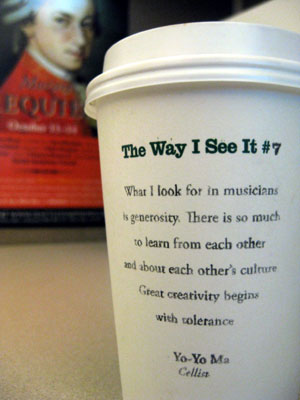 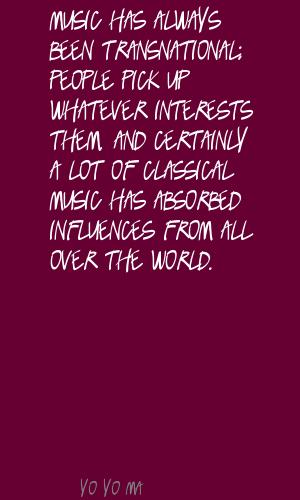 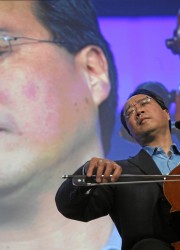 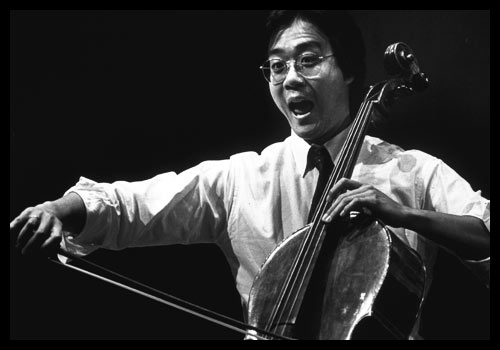 The thing that I've always been slightly frustrated with, was that the idea of a CD is kind of confined to a material possession that you can put on a shelf. And the idea of music, for me, is always about both the communication and the sharing of content. And so the interactive part is missing.

There are limits to how much sound a cello can make. That's part of the framing of acoustical instruments. Finding what those limits might be, and then trying to suggest perhaps even the illusion of going beyond is part of that kind of effort.

Things can fall apart, or threaten to, for many reasons, and then there's got to be a leap of faith. Ultimately, when you're at the edge, you have to go forward or backward; if you go forward, you have to jump together.

As you begin to realize that every different type of music, everybody's individual music, has its own rhythm, life, language and heritage, you realize how life changes, and you learn how to be more open and adaptive to what is around us.

After reaching 50, I began to wonder what the root of life is.

The role of the musician is to go from concept to full execution. Put another way, it's to go from understanding the content of something to really learning how to communicate it and make sure it's well-received and lives in somebody else.

When you learn something from people, or from a culture, you accept it as a gift, and it is your lifelong commitment to preserve it and build on it.

But an innovation, to grow organically from within, has to be based on an intact tradition, so our idea is to bring together musicians who represent all these traditions, in workshops, festivals, and concerts, to see how we can connect with each other in music.

Jazz has been such a force in music, that any musician, including classical composers, have been influenced, and obviously performers, also.

One of the things I love about music is live performance.

There's a part of me that's always charging ahead. I'm the curious kid, always going to the edge.

We may be coming to a new golden age of instrument making.

I love grocery shopping when I'm home. That's what makes me feel totally normal. I love both the idea of home as in being with my family and friends, and also the idea of exploration. I think those two are probably my great interests.

I've been traveling all over the world for 25 years, performing, talking to people, studying their cultures and musical instruments, and I always come away with more questions in my head than can be answered.

One is that you have to take time, lots of time, to let an idea grow from within. The second is that when you sign on to something, there will be issues of trust, deep trust, the way the members of a string quartet have to trust one another.

I really would like to be involved in things and to understand things, and in some ways you've got to be careful what you wish for because I feel very, very blessed to have such an interesting life and to be able to have little snapshots of lives of people from many different parts of the world.

I think of a piece of music as something that comes alive when it is being performed, and I feel that my role in the transmission of music is to be its best advocate at that moment.

I think there are so many ways to become interested in music. I believe signs of sustained interest gives a sense of the right time. Music, if thought of as a language, would perhaps indicate that as early as possible is not so bad. I do believe that a really nurturing first teacher that makes the child love something is crucial.

I'm not likely to forget where I've been and what I've done and learned. I think it's just as important to play new instruments as to play new pieces. The old ones are getting scarcer and the new ones more and more wonderful.

It took me way beyond what I knew, into places of which I was totally scared, but as I became less frightened, I welcomed new ways of thinking and approaching something. It made me an infinitely richer person, and I think a better musician.

Many of the Central Asians know Russian, and Ted Levin speaks it fluently. I speak Chinese, but Mongolian is completely different, so we had to have translators.

Music has always been transnational; people pick up whatever interests them, and certainly a lot of classical music has absorbed influences from all over the world.

My teacher, my great cello teacher Leonard Rose, was such a great cellist, and nurturing man, very patient. But I grew up not only admiring him, but obviously Casals, Rostrotovich, Jacqueline du Pre, and many others, including many of my peers and contemporaries.

Much more quotes by Yo-Yo Ma below the page.

One of the most interesting aspects of the film project was collaborating with so many people - directors, filmmakers, and writers - over a five-year period. I learned that there are two components to this.