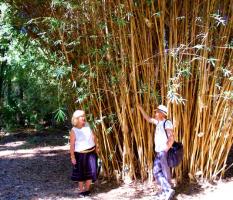 See the gallery for quotes by Alphonse Karr. You can to use those 8 images of quotes as a desktop wallpapers. 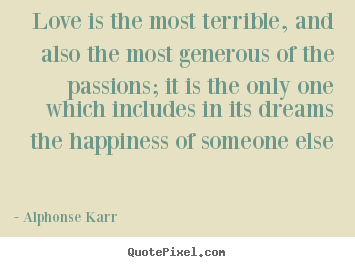 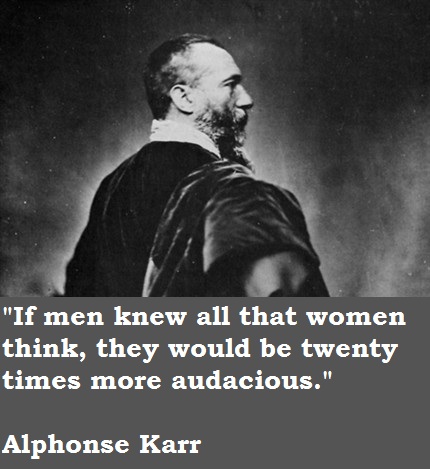 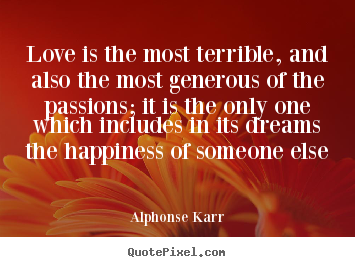 Some people are always grumbling because roses have thorns; I am thankful that thorns have roses.

Love in marriage should be the accomplishment of a beautiful dream, and not, as it too often is, the end.

The more things change, the more they are the same.

If men knew all that women think, they would be twenty times more audacious.

Happiness is composed of misfortunes avoided.

Love is the most terrible, and also the most generous of the passions; it is the only one which includes in its dreams the happiness of someone else.

Uncertainty is the worst of all evils until the moment when reality makes us regret uncertainty.

We can invent only with memory.

I gather from a lawyer that there was a rehearsal yesterday. We haven't a hope. I know the presiding judge too: I've had the misfortune to sleep with his wife. He was specially picked.

If we are to abolish the death penalty, I should like to see the first step taken by my friends the murderers.

Many people think that virtue consists of severity towards others. 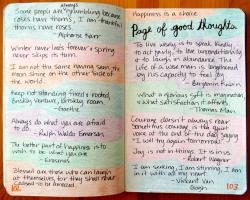 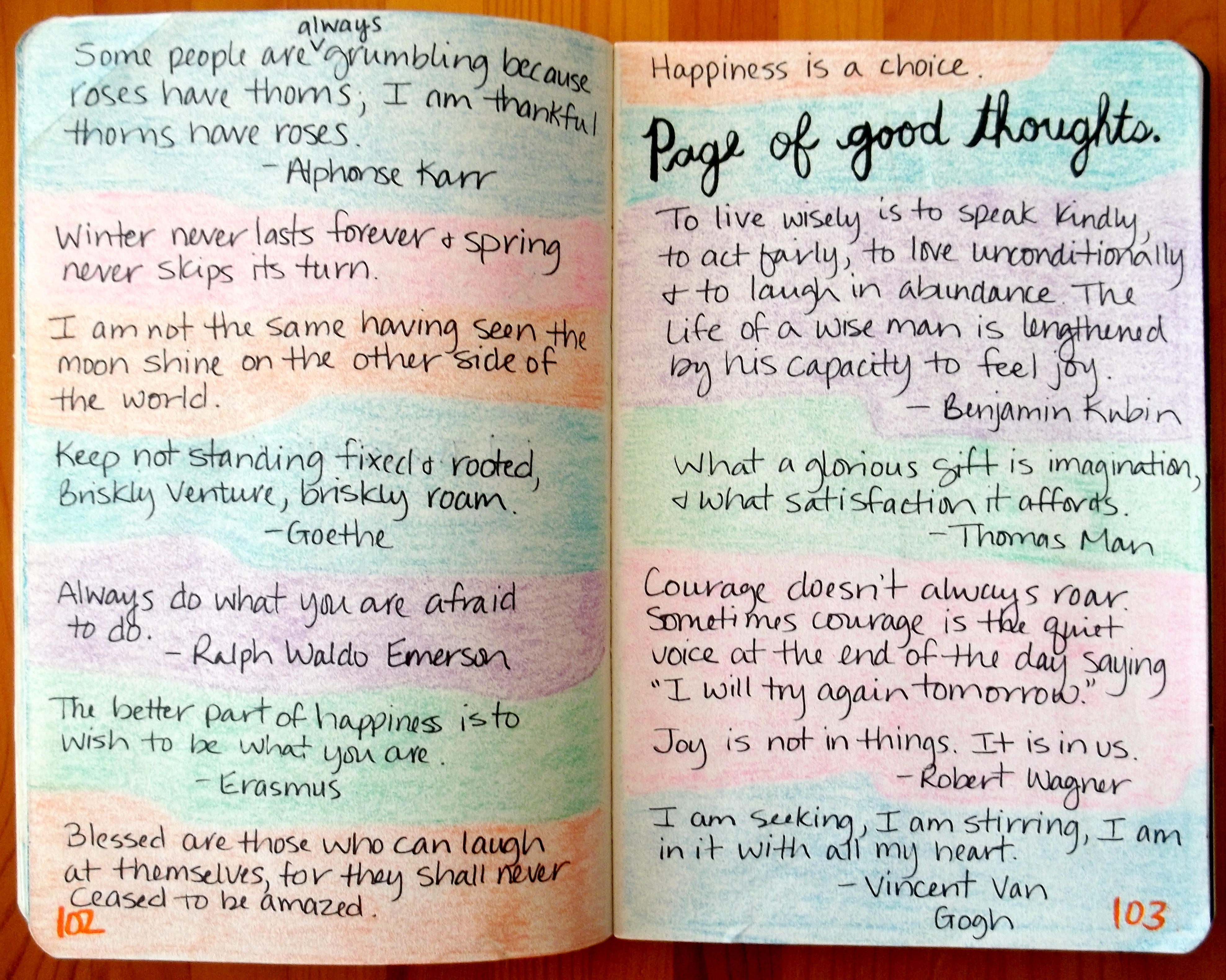 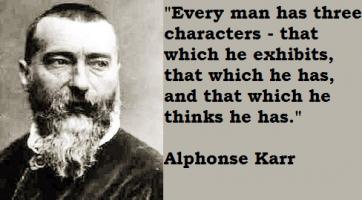 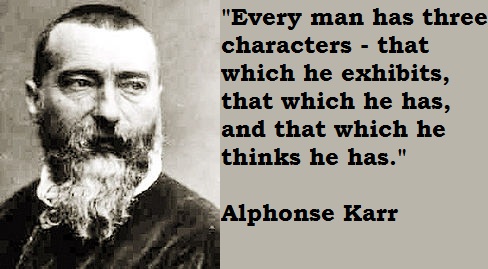