See the gallery for quotes by Arthur Henderson. You can to use those 8 images of quotes as a desktop wallpapers. 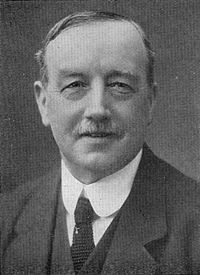 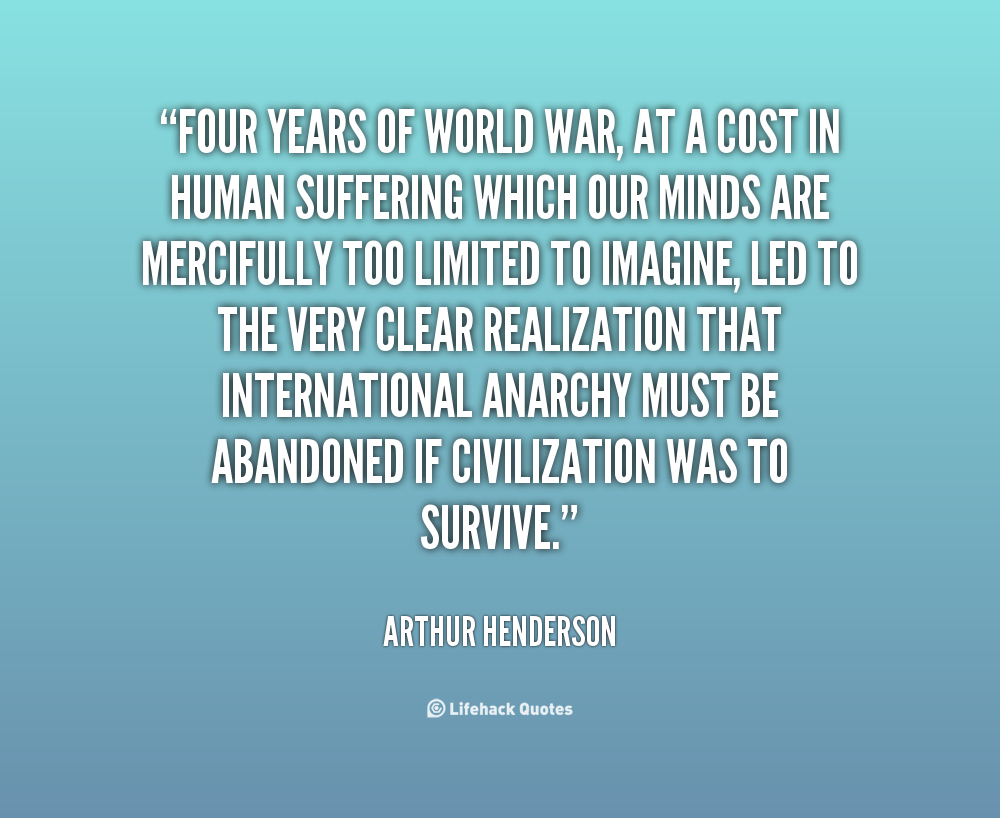 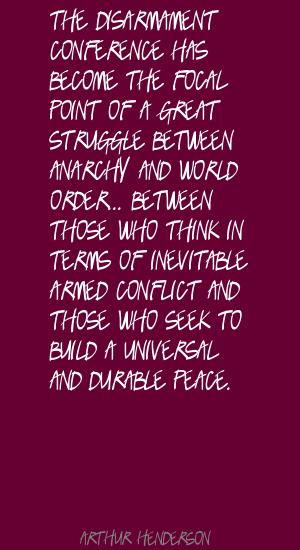 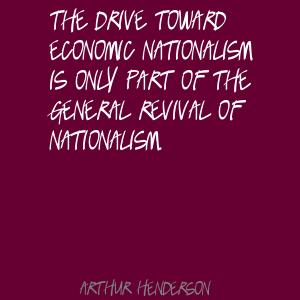 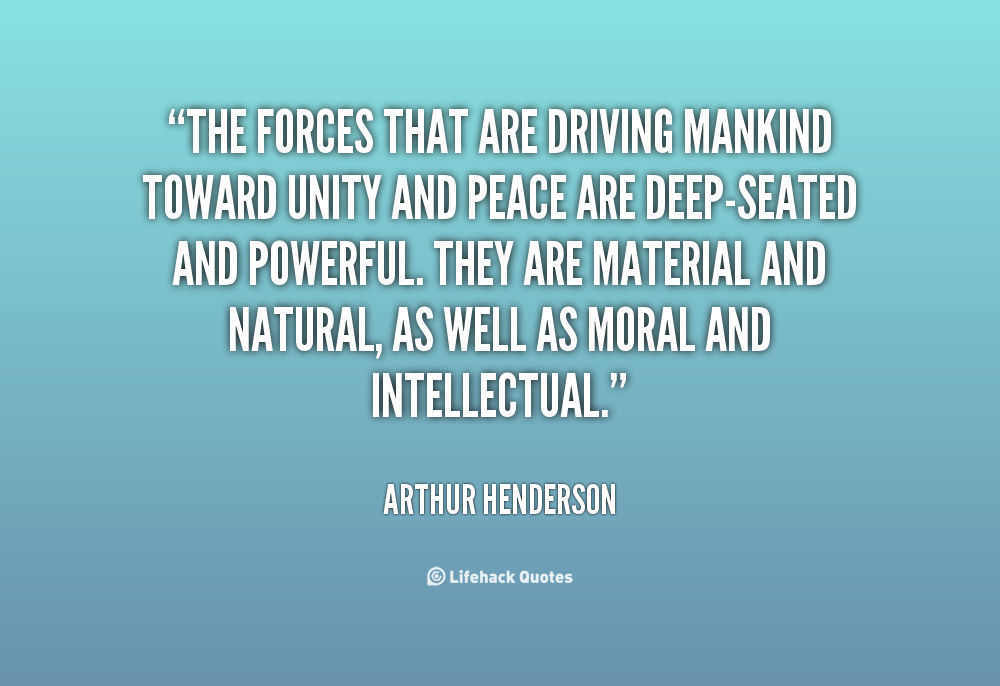 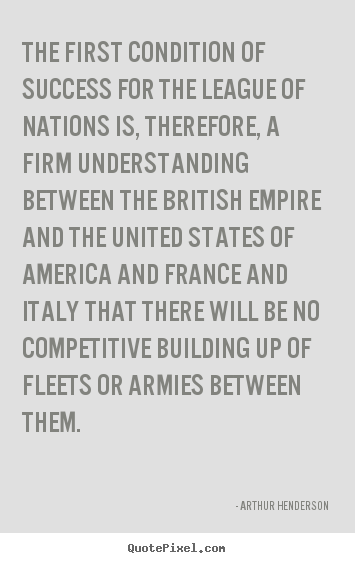 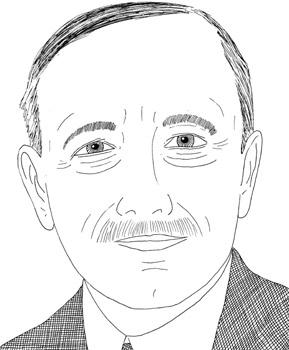 The first condition of success for the League of Nations is, therefore, a firm understanding between the British Empire and the United States of America and France and Italy that there will be no competitive building up of fleets or armies between them.

The more the history of the World War and what led up to it is studied, the more clearly those tragic years become revealed as a vast collapse of civilization.

The question is, what are we to do in order to consolidate peace on a universal and durable foundation, and what are the essential elements of such a peace?

The vast upheaval of the World War set in motion forces that will either destroy civilization or raise mankind to undreamed of heights of human welfare and prosperity.

The world before 1914 was already a world in which the welfare of each individual nation was inextricably bound up with the prosperity of the whole community of nations.

Those nations have a very great responsibility at this juncture of the world's affairs, for by throwing their joint weight into the scales of history on the right side, they may tip the balance decisively in favour of peace.

We had four years of world war which the peoples endured only because they were told that their sufferings would free humanity forever from the scourge of war.

The forces that are driving mankind toward unity and peace are deep-seated and powerful. They are material and natural, as well as moral and intellectual.

It has become impossible to give up the enterprise of disarmament without abandoning the whole great adventure of building up a collective peace system.

The Disarmament Conference has become the focal point of a great struggle between anarchy and world order... between those who think in terms of inevitable armed conflict and those who seek to build a universal and durable peace.

To solve the problem of organizing world peace we must establish world law and order.

Therefore, let us not despair, but instead, survey the position, consider carefully the action we must take, and then address ourselves to our common task in a mood of sober resolution and quiet confidence, without haste and without pause.

But to cut off relations with an aggressor may often invite retaliation by armed action, and this would, in its turn, make necessary some form of collective self-defence by the loyal members of the League.

Tags: May, Off, Often

The nations must be organized internationally and induced to enter into partnership, subordinating in some measure national sovereignty to worldwide institutions and obligations.

Another essential to a universal and durable peace is social justice.

One of the first essentials is a policy of unreserved political cooperation with all the nations of the world.

The drive toward economic nationalism is only part of the general revival of nationalism.

The years of the economic depression have been years of political reaction, and that is why the economic crisis has generated a world peace crisis.

This is our world, and we must make the best of it.

Whatever we do or fail to do will influence the course of history.

As a first step there must be an offer to achieve equality of rights in disarmament by abolishing the weapons forbidden to the Central Powers by the Peace Treaties.

Four years of world war, at a cost in human suffering which our minds are mercifully too limited to imagine, led to the very clear realization that international anarchy must be abandoned if civilization was to survive.

He would see civilization in danger of perishing under the oppression of a gigantic paradox: he would see multitudes of people starving in the midst of plenty, and nations preparing for war although pledged to peace.

I do not believe that the values which the Western democracies consider essential to civilization can survive in a world rent by the international anarchy of nationalism and the economic anarchy of competitive enterprise.

In almost every country there are elements of opinion which would welcome such a conclusion because they wish to return to the politics of the balance of power, unrestricted and unregulated armaments, international anarchy, and preparation for war.

Much more quotes by Arthur Henderson below the page.

In our modern world of interdependent nations, hardly any state can wage war successfully without raising loans and buying war materials of every kind in the markets of other nations.

In short, it may be said that on paper the obligations to settle international disputes peacefully are now so comprehensive and far-reaching that it is almost impossible for a state to resort to war without violating one or more solemn treaty obligations.

In some states militant nationalism has gone to the lengths of dictatorship, the cult of the absolute or totalitarian state and the glorification of war.

It is because I believe that it is in the power of such nations to lead the world back into the paths of peace that I propose to devote myself to explaining what, in my opinion, can and should be done to banish the fear of war that hangs so heavily over the world.

Moreover, war has become a thing potentially so terrible and destructive that it should have been the common aim of statesmen to put an end to it forever.

On the contrary, the characteristic element of the present situation is that economic questions have finally and irrevocably invaded the domain of public life and politics.

Any corporate policy and plan which is typical of the industry is doomed to mediocrity. Where this is not so, it should be possible to demonstrate that all other competitors are at a distinct disadvantage.

The objective is to enlarge the scope of your advantage which can only happen at someone else's expense.

Tags: Else, Happen, Someone

Your most dangerous competitors are those that are most like you.

The essential element of successful strategy is that it derives its success from the differences between competitors with a consequent difference in their behavior.