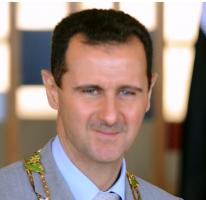 See the gallery for quotes by Bashar al-Assad. You can to use those 8 images of quotes as a desktop wallpapers. 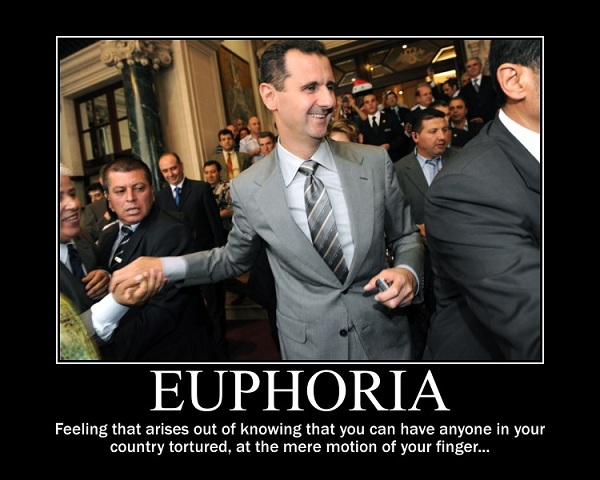 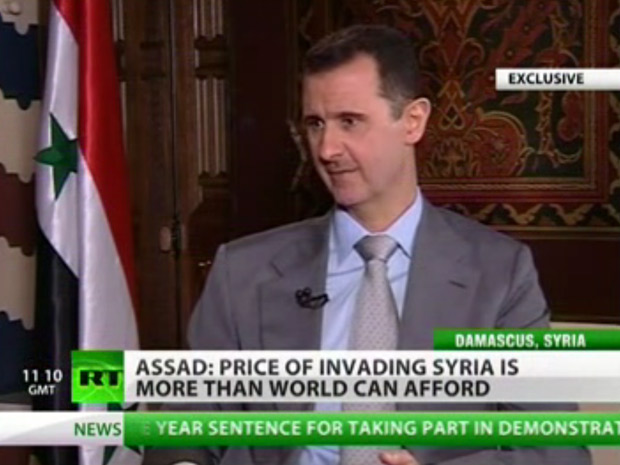 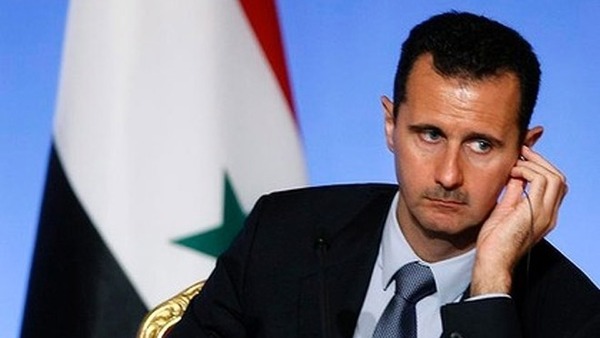 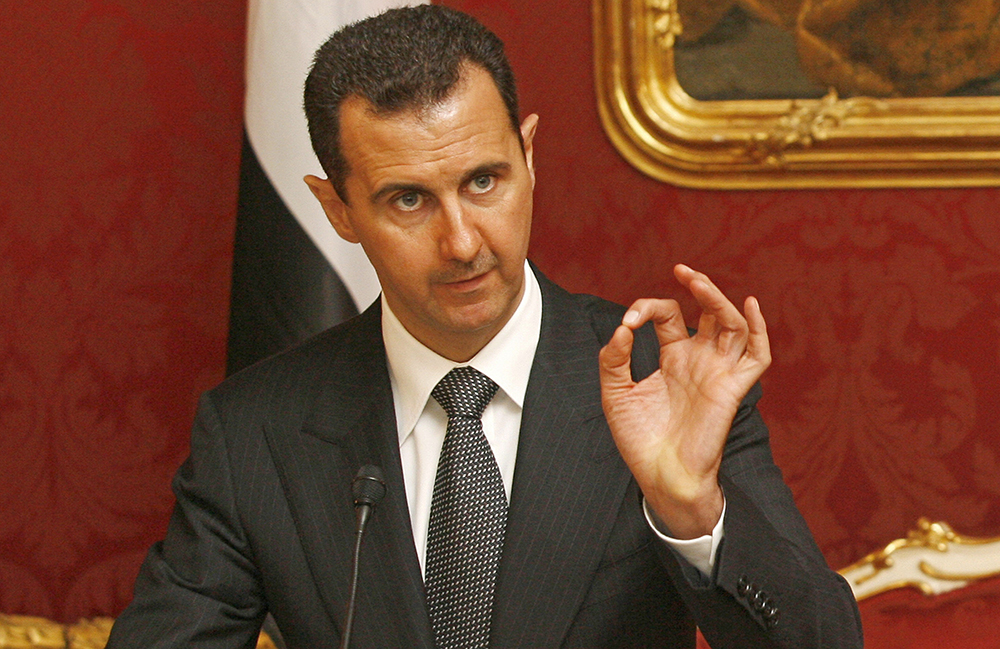 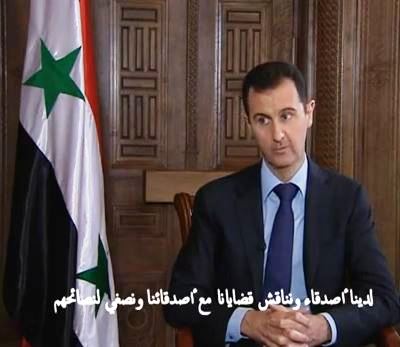 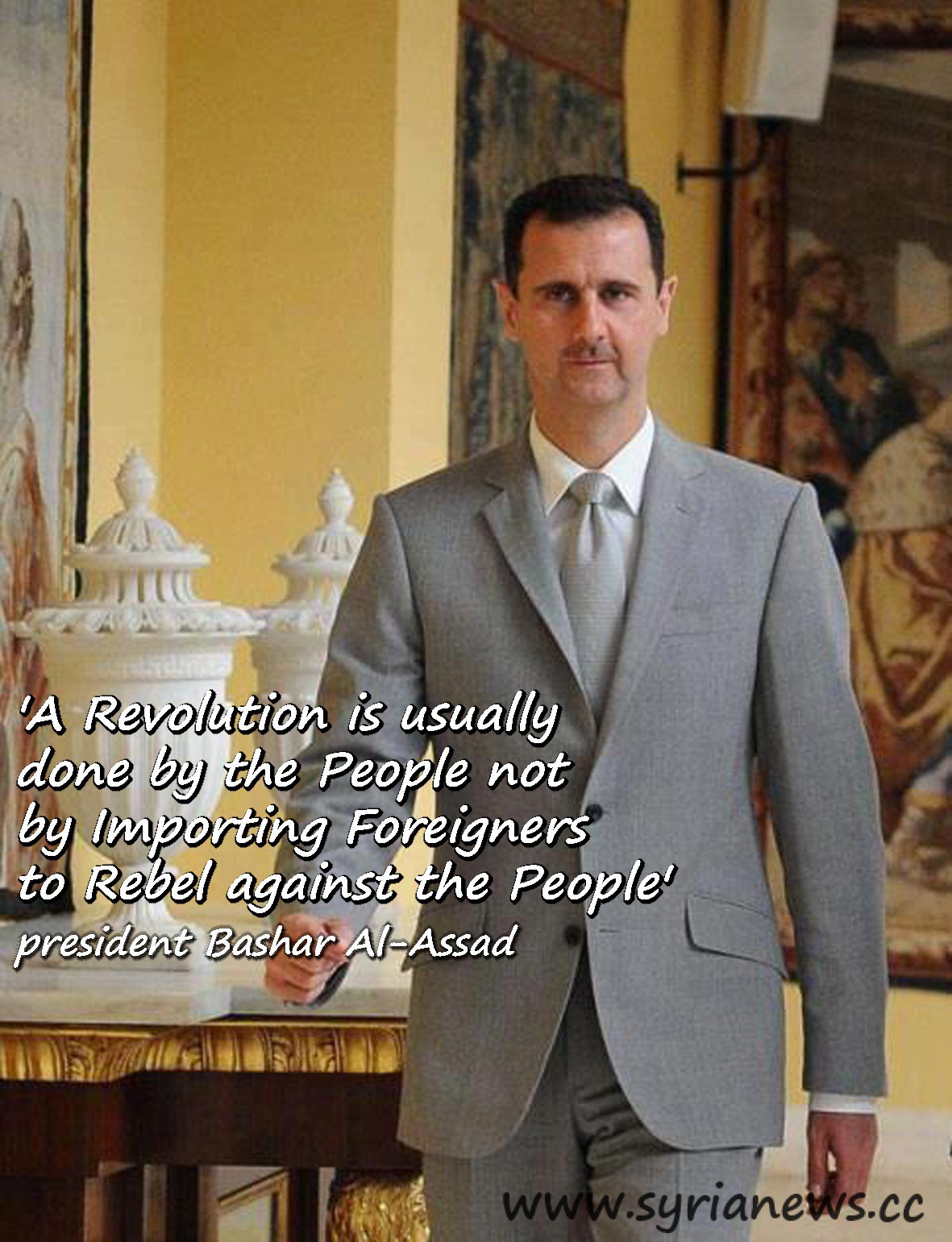 The problem is not the occupation, but how people deal with it.

We, in Syria, our point of view stems from our experience.

When Lebanon started its resistance it was a small and divided country.

You cannot reform your society or institution without opening your mind.

As soon as the legitimate Lebanese government is convinced that the conditions have ripened and that Lebanon is able to maintain stability on its own... Then, the Syrian forces will return to their homeland.

Is there an equality of power between America and Iraq? Definitely not; however, the Iraqi people are standing fast and are defending their land courageously.

It is even more so when it comes to Iraq, which is a large Arab country with scientific, material, and human resources and is able to accomplish, at the least, what Lebanon accomplished, and more.

The problem with the West is that they start with political reform going towards democracy. If you want to go towards democracy, the first thing is to involve the people in decision making, not to make it.

When our interests matched, the Americans have been good to us, and when the interests differed, they wanted us to mold ourselves to them, which we refused.

I am Syrian, I was made in Syria, I have to live in Syria and die in Syria.

We believe that Lebanon has been the first real experience for all the Arabs.

Armies are not only for offensives.

As far as we are concerned, we Syria have not changed.

Israel does not care about the international public opinion.

No doubt that the U.S. is a super-power capable of conquering a relatively small country, but is it able to control it?

Worry does not mean fear, but readiness for the confrontation.

Lebanon was under Israeli occupation, up to its capital, but we did not consider that a disaster. Why? Because it was very clear that there are ways to resist.

The Israeli lobby has clout in the U.S., which means that re-arranging the region and controlling its resources one way or another, will serve Israel through its control over the American administration.

Today, the Iraqi citizen sees that America is coming and wants to occupy his country and kill him, and he is willing to experience for himself what happened in Palestine.

When we analyze this war in a materialistic way and ask when is it going to end and who will be the winner and the loser, it means that we do not see the endgame.

Much more quotes by Bashar al-Assad below the page.

America is interested in re-arranging the region as it sees fit.

But the issue has to do with land, which is our land.

Despite the ethnic diversity within each nation, the social fabric of the region by and large is one.

Hizbullah is not a militia.

I am not a puppet. I was not made by the West to go to the West or to any other country.

Israel ranks her priorities in the following way: security, land, and water.

Israeli interests are not necessarily in harmony with the American interests.

Syria is geographically and politically in the middle of the Middle East.

The logical thing is to implement the Arab Defense Agreement.