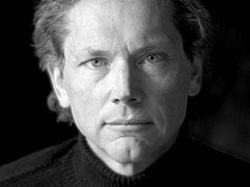 See the gallery for quotes by Bill Joy. You can to use those 7 images of quotes as a desktop wallpapers. 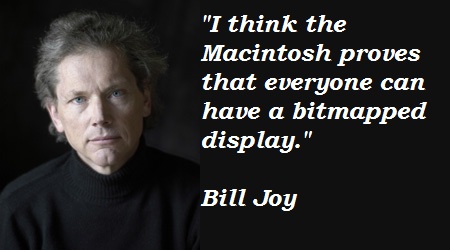 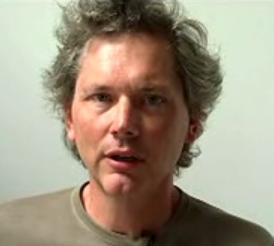 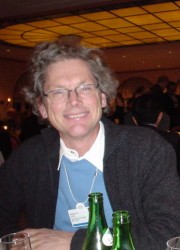 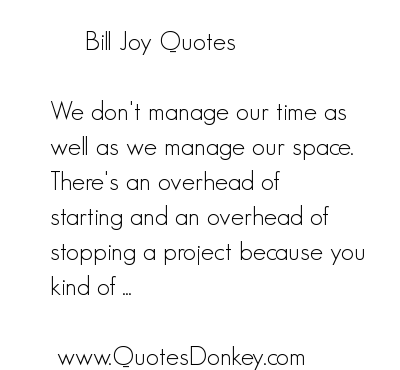 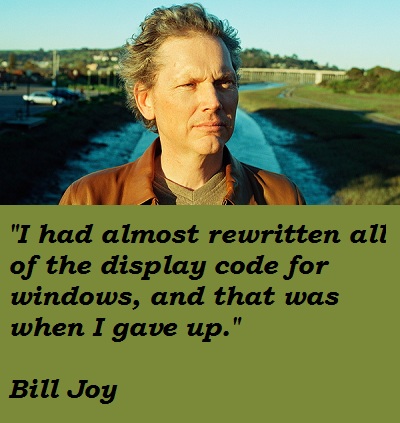 I remember right after Carter got elected, I was sitting in my apartment in Albany, CA, on a Saturday listening to people call Carter and ask stupid questions while I designed the screen editor.

I think it killed the performance on a lot of the systems in the Labs for years because everyone had their own copy of it, but it wasn't being shared, and so they wasted huge amounts of memory back when memory was expensive.

So Chuck and I looked at that and we hacked on em for a while, and eventually we ripped the stuff out of em and put some of it into what was then called en, which was really ed with some em features.

I got tired of people complaining that it was too hard to use UNIX because the editor was too complicated.

But no, I don't generally have trouble with spelling mistakes.

But with Interleaf I don't even have a spell program.

I had almost rewritten all of the display code for windows, and that was when I gave up.

I just don't like to lose what's in the window.

I started to write a new editor not too long ago and had it about half done after two days.

I think editors have to come out of a certain kind of community.

I think multiple levels of undo would be wonderful, too.

I think one of the interesting things is that vi is really a mode-based editor.

I think the hard thing about all these tools is that it takes a fair amount of effort to become proficient.

I think the Macintosh proves that everyone can have a bitmapped display.

I think the wonderful thing about vi is that it has such a good market share because we gave it away.

I was surprised about vi going in, though, I didn't know it was in System V.

I wish we hadn't used all the keys on the keyboard.

Interleaf is based on the formatting process.

Interleaf is very nice. I expect there to be a lot of competition for programs like that.

It is formatted, and I'm tired of using vi. I get really bored.

Systems are going to get a lot more sophisticated.

Much more quotes by Bill Joy below the page.

That lack of programmability is probably what ultimately will doom vi. It can't extend its domain.

The fundamental problem with vi is that it doesn't have a mouse and therefore you've got all these commands.

The point is that you want to have a system that is responsive.

The reason I use ed is that I don't want to lose what's on the screen.

Well, limbo is not a good place to be.