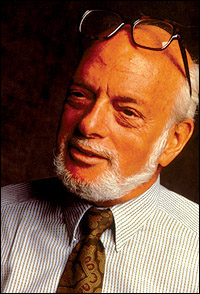 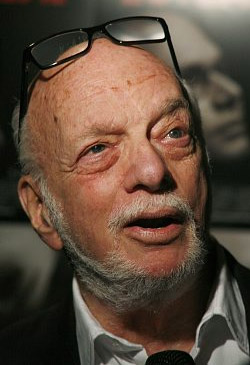 'Showboat' is the quintessential family show.

The idea that I have to be on the same side of the fence as Dan Quayle is cruelly depressing to me, but the truth is, I believe in family values.

The musical has always been in jeopardy - until - or was in jeopardy until it was realised that it is probably the safest living theatre art form.

The perfect expression of receiving a lifetime award is to be working when they're handing it out.

The truth is, for some absurd reason, no one is willing to admit that the interests of the producers and the theater owners are not the same.

There are wonderful composers and librettists out there. It's the lack of creative producers that is troubling.

Throwing money at something doesn't really create - forgive me that onerous word - art.

We've got to find a way to protect the process of making musical theater.

What's missing in the musical theater is producers willing to nurture new work, raise the money and put it on.

You do a show to be a hit and hopefully run a couple of years.

You think, 'Musicals, they must always be romantic' - You'd be surprised how few of them historically have ever been romantic.

All these actors who died before I was born, all the theaters and the artistic movements - all that stuff fills you up and makes you feel like you're the inheritor of all this information and of all its passion.

Artistic self-indulgence is the mark of an amateur. The temptation to make scenes, to appear late, to call in sick, not to meet deadlines, not to be organized, is at heart a sign of your own insecurity and at worst the sign of an amateur.

As you get older, you know more and more based on your experience, and you have more to share with people who haven't had that experience. But it's an even exchange, because while you're focusing them and giving them craft, they're sharing contemporary taste. So you're prolonging your creative years. You're staying younger, thanks to that compact.

Audiences are very willing to be taken somewhere, and to ask an audience beforehand what it wants is probably, I think, a mistake. Much better you should tell them what you want and hope they agree with it.

Collaboration is just, really, a group of people getting in a room with their eye on a very similar prize and wanting to come out with the same show. The director, ultimately, is the guy in front of whom the buck stops. So, he has to have the courage to prevail. But, he has got to have a huge amount of respect for his collaborators.

Ethel Merman would stay with a show for years and tour with it. So would Mary Martin, the great stars. They recognized the value of that success and nurtured it. Now, you come from Hollywood, you play 12 weeks and go away. I don't think that's the best policy.