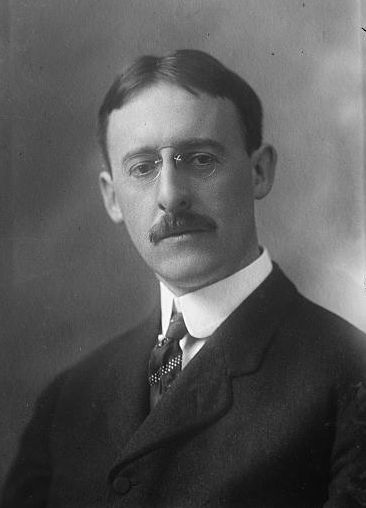 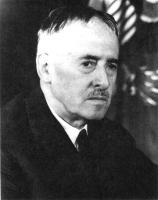 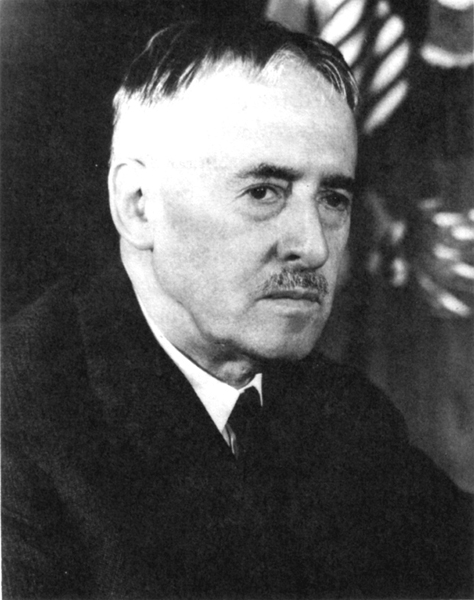 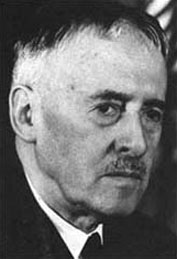 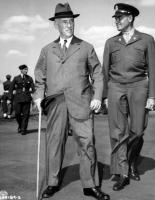 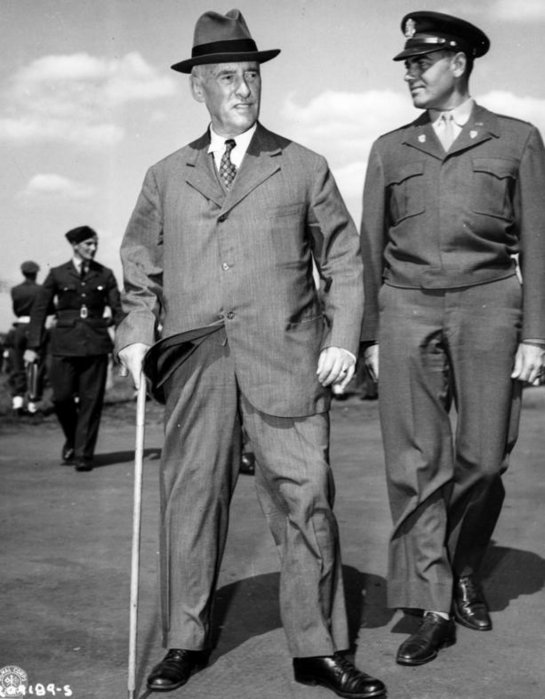 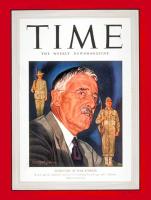 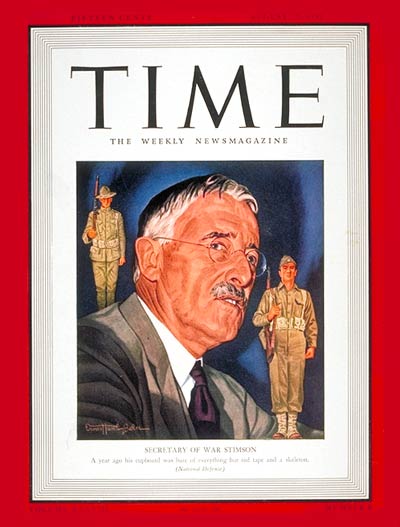 The only way to make a man trustworthy is to trust him.

I do not see how the Japanese can hold out against this united front.

I told him there was one city that they must not bomb without my permission and that was Kyoto.

The bomb and the entrance of the Russians into the war will certainly have an effect on hastening the victory.

The only deadly sin I know is cynicism.

We debated long over the situation for it is a very difficult question and all of us recognize its difficulty.

After I had gone through this matter with the President I told him of my condition of health and that my doctors felt that I must take a complete rest and that I thought that that meant leaving the Department finally in a short time.

As to the war with Japan, the President had already received my memorandum in general as to the possibility of getting a substantial unconditional surrender from Japan which I had written before leaving Washington and which he had approved.

But I think the bomb instead constitutes merely a first step in a new control by man over the forces of nature too revolutionary and dangerous to fit into old concepts.

I think it is very important that I should have a talk with you as soon as possible on a highly secret matter. I mentioned it to you shortly after you took office but have not urged it since on account of the pressure you have been under.

I told him that my own opinion was that the time now and the method now to deal with Russia was to keep our mouths shut and let our actions speak for words.

It seems as if everybody in the country was getting impatient to get his or her particular soldier out of the Army and to upset the carefully arranged system of points for retirement which we had arranged with the approval of the Army itself.

Over any such tangled wave of problems the S-1 secret would be dominant and yet we will not know until after that time probably, until after that meeting, whether this is a weapon in our hands or not.

Russia will occupy most of the good food lands of central Europe while we have the industrial portions. We must find some way of persuading Russia to play ball.

The Japanese campaign involves therefore two great uncertainties; first, whether Russia will come in though we think that will be all right; and second, when and how S-1 will resolve itself.

Tags: Great, Though, Whether

The President so far has struck me as a man who is trying hard to keep his balance. He certainly has been very receptive to all my efforts in these directions.

There has been growing quite a strain of irritating feeling between our government and the Russians and it seems to me that it is a time for me to use all the restraint I can on these other people who have been apparently getting a little more irritated.