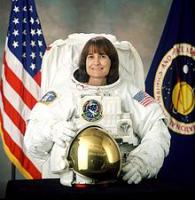 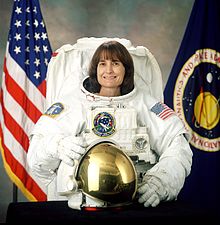 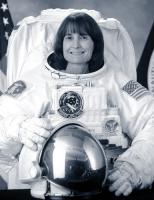 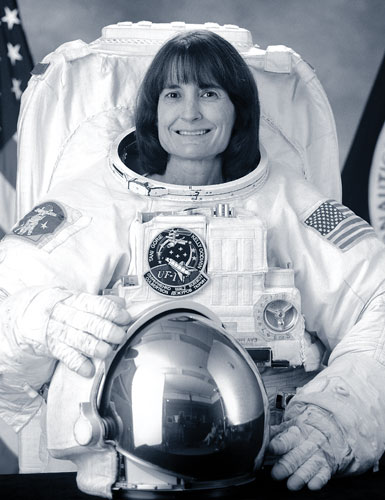 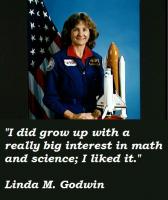 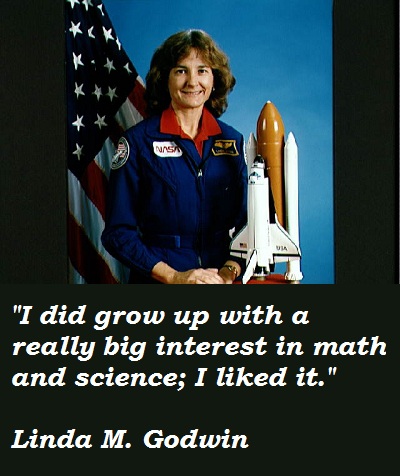 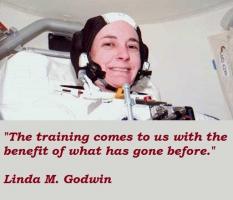 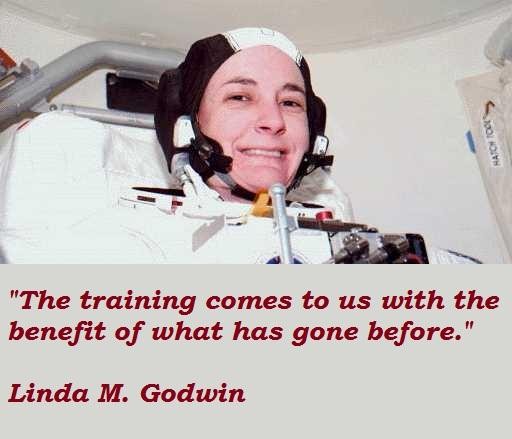 It is a very busy mission: every day has some major goals that we have to get through, but my experience before has been that at least in the evening, you kind of take a deep breath and look around where you are and have some downtime.

I did grow up with a really big interest in math and science; I liked it.

I'll be the person using the shuttle robotic arm.

It's very important to know that we packed it right because it is a safety issue for coming home.

The training comes to us with the benefit of what has gone before.

UF is Utilization Flight. That got put in the manifest quite some time ago.

We didn't use the shuttle robot arm before, so this has been a training flow to get ready for that.

A lot of these things will fly in later forms on the space station themselves, or a later form of that research will, once they kind of find out some of the basics from flying it on shuttle.

Tags: Once, Research, Themselves

Although I know a lot of the previous shuttle flights, in theory, had their tasks laid out; but there were still some changes that came along for them.

As always, we prepare for all sorts of contingencies. And the first few days of the flight up until docking on Day 3 are all spent really in the rendezvous because we launch at a time that puts us in an optimal position to catch up to station.

I grew up watching a lot of the coverage of the early U.S. space program, all the way back starting with Mercury and then through Gemini and Apollo and of course going to the moon as the main part of the Apollo program.

In the Astronaut Office we're never totally out of training, we always keep our hand in it. But after five years, things have changed and so it's been good to get back into the flow and relearn a lot of things.

It definitely helps to have been through the arm training flow before and to have used the arm on orbit, and it also gives me the confidence to know that our training facilities are really good, that when you get up there, you feel like you've been there.

It's really a good feeling to know that we put this up there, that it's working, that all these people's plans that worked so hard came together and things fit and we've got a real space station.

It's really kind of a challenge to keep coordinated with the two station crews that we'll be interacting with. And of course one of them launched quite some time before our mission.

Our shuttle crew is four people, because we're going to transfer a crew up to station, so all the jobs are divided between four people rather than five or six people. So it's been busy.

Tags: Between, Busy, Rather

There's a lot of interest from the medical community on how things develop in microgravity, and the hope, later, that is expected to apply to what the changes are in humans as well.

We launch when we're kind of in the same orbit that they are in terms of being matched up in inclination in space, and we're just in a little different altitude.

We still have a lot of international partner modules that need to get up there to make it truly the international structure that it will be, and that's highly important; we need to get to where the crew size is bigger.

We're on the same radius from the Earth, and then we start to swing around to where we're ahead of them on the velocity vector, so we come in relative to the station from this forward velocity position and dock on to the forward end of the Lab.