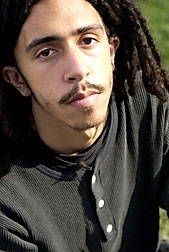 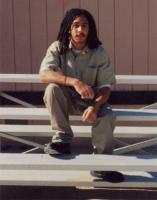 I guess they just wanted to scoop a bunch of people up, hoping they got me, and unfortunately they did.

It was around 4 p.m. in the afternoon. I was just taking a nap. Luckily, my sister was home.

There's something on the Internet called the White Resistance Manual. It's pretty much for white supremacists.

What I had later learned was that the FBI knew I was going to New York a couple days after the raid.

Tags: Against, Else, Here

It was called the Reclaim Guide. It was just a general protest guide that went over security culture and stuff like that. A small portion of that guide dealt with explosives information.

They had been monitoring the site for a very long time, and at times, I received over 100 hits from the Department of Defense on the website, so I wasn't the slightest bit surprised.

Two special agents at the front door pulled me outside. By that time, they had already had the house surrounded with loaded weapons, machine guns, shotguns... about 25 federal agents.

When they were done downloading all the information off each hard drive, they took all the computers, all the literature, and loaded everything into a big white truck and left.

While I was in jail, they handcuffed me and took me to a backroom, where a detective from the FBI and a Secret Service agent were, and they interrogated me for about three or four hours.