See the gallery for quotes by Colleen McCullough. You can to use those 8 images of quotes as a desktop wallpapers. 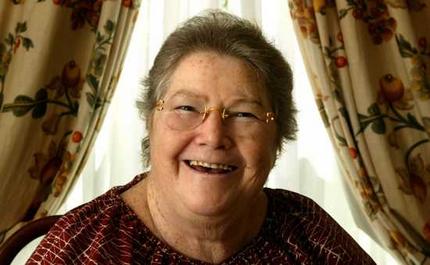 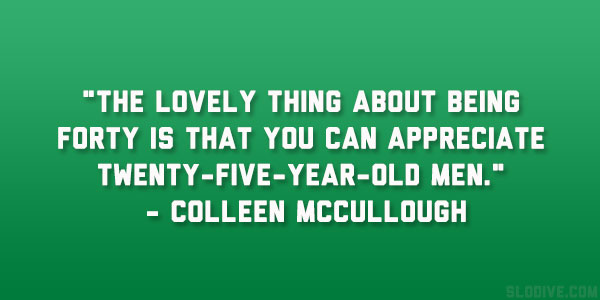 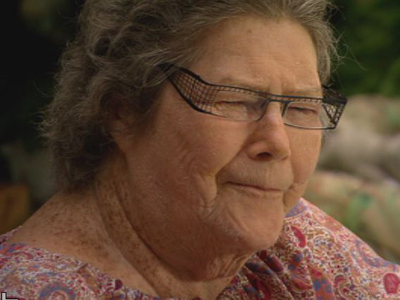 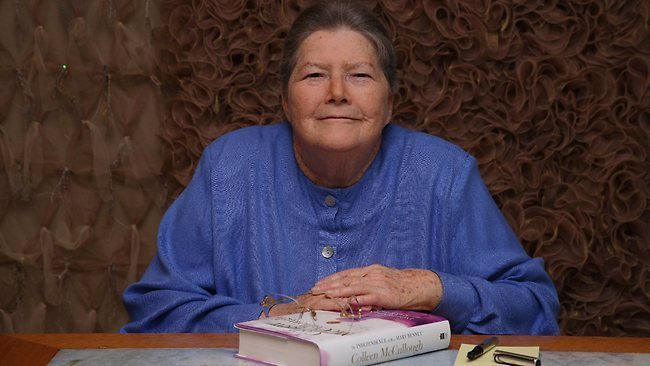 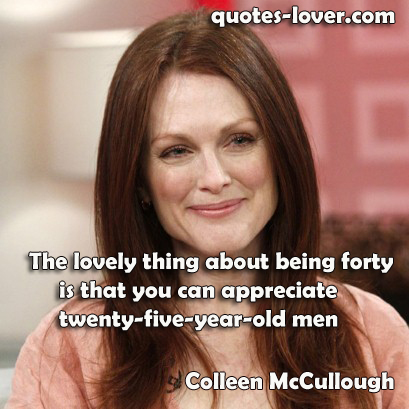 The lovely thing about being forty is that you can appreciate twenty-five-year-old men more.

I have an editor in my head, that's why I can't read Harry Potter, because Rowling is such a lousy writer.

I think explicit love scenes are a turn off unless it's the kind you read with one hand.

I want to know what they look like, their height, and colouring, physique and speech pattens.

In early draft it never satisfied me, and that was when it clicked into place and it went so well as a diary.

It's a dead give away of an inexperienced writer if every character speaks with the same voice.

Tags: Away, Character, Give

It's a woman's book but I think the men will read it too.

My husband says it is very good that I have very tiny feet, because they're easier to get in my mouth.

I am writing a sequel to The Touch because I want to further explore the Chinese question that I have raised. There will be more about that in a sequel.

I stopped this one about two months before federation and I want the next one to be more political. It will deal with the formation of white Australian policy and things like that.

In The Touch, the love scenes are the same as they were in The Thorn Birds or anything else I've ever written. I find a way of saying that either it was heaven or hell but in a way that still leaves room for the reader to use their own imagination.

My fictitious characters will take the bit between their teeth and gallop off and do something that I hadn't counted on. However, I always insist on dragging them back to the straight and narrow.

Tags: Between, Bit, Off

Once I've got the first draft down on paper then I do five or six more drafts, the last two of which will be polishing drafts. The ones in between will flesh out the characters and maybe I'll check my research.

Tags: Between, Last, Once

She told fortunes for a living. It's a wacky book and was great fun to write. It is very much a look at what life was like for women in Australia in the 1960's.

The Labour Party of today has fits of horrors of the very thought of somebody like me might saying that they bought in white Australia. But I believe they did.