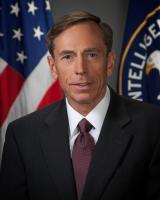 See the gallery for quotes by David Petraeus. You can to use those 8 images of quotes as a desktop wallpapers. 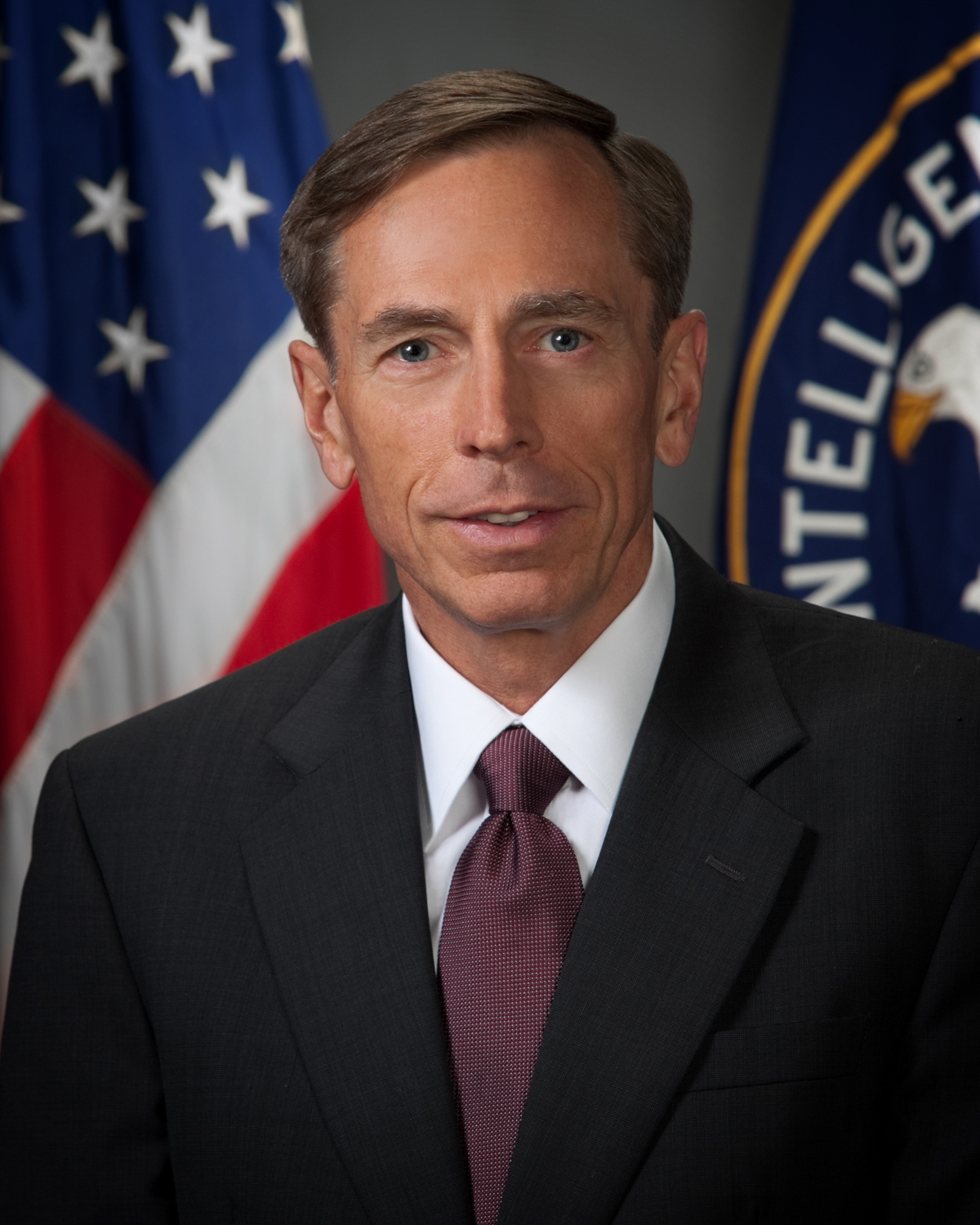 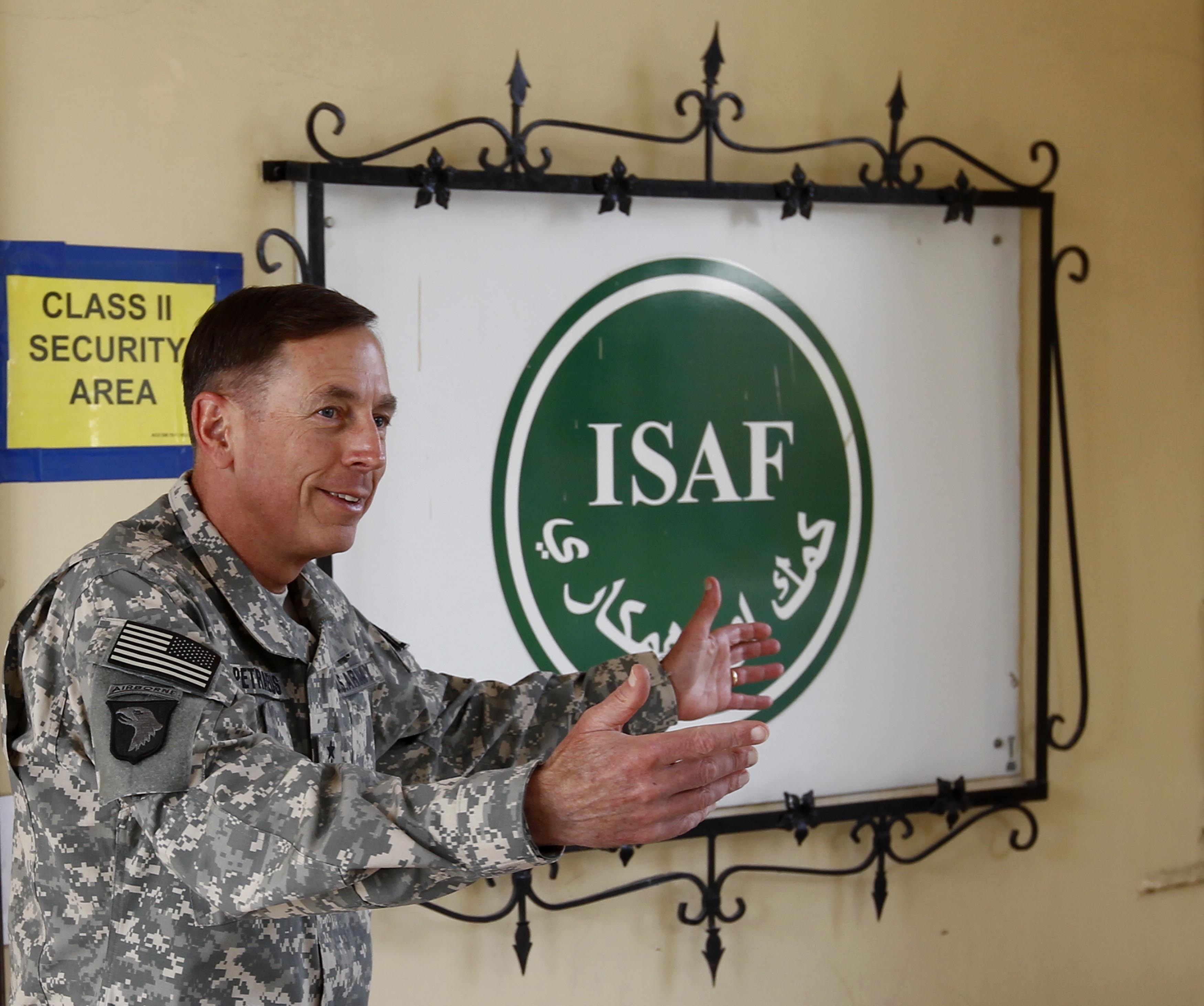 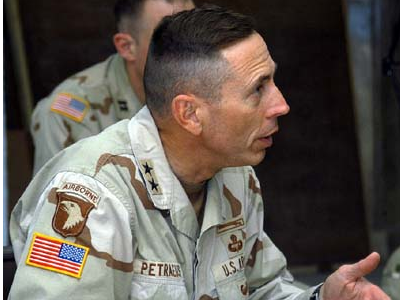 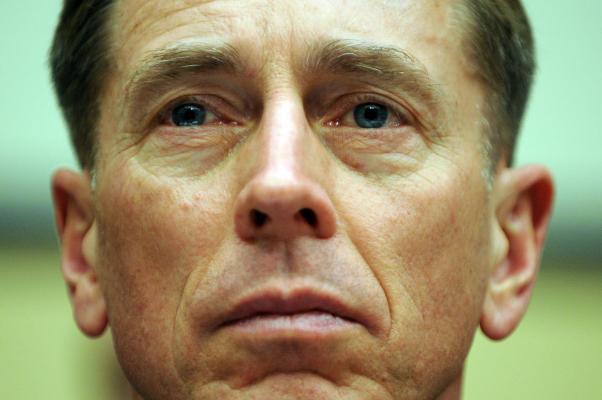 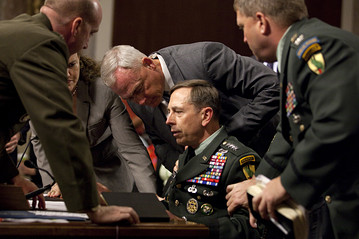 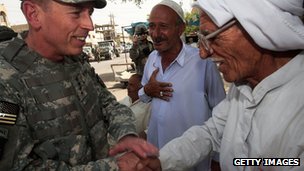 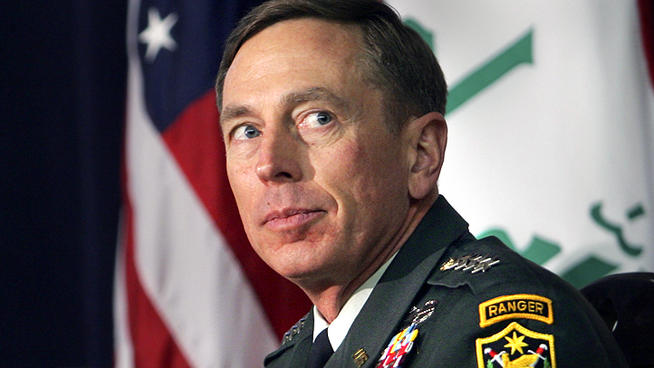 I am not a politician, and I will never be, and I say that with absolute conviction.

People often ask, why aren't you reading about what it is you're working on right now? And the truth is, you only get three pages a night before your eyelids close.

The president and I sat down in the Oval Office, and he expressed very clearly that what he wants from me is my best professional military advice.

But clearly, this is what this is about. It's about pushing the security bubble out. It's about rooting out every last guy, so that there's not even somebody who can fire a single, solitary RPG round from some little qalat out here.

Items of interest will be located, identified, monitored, and remotely controlled through technologies such as radio-frequency identification, sensor networks, tiny embedded servers, and energy harvesters - all connected to the next-generation internet using abundant, low-cost, and high-power computing.

This is actually true of the overall fight against al-Qaeda and trans-national extremists, that as you put pressure on them in one location, they'll seek safe haven sanctuaries in other areas. So you do have to continue to pursue them. But they have less capability.

Well, the oil, the oil spot, if you will, is a, is a term in counterinsurgency literature that connotes a peaceful area, secure area. So what you're trying to do is to always extend that, to push that out.

After being married for over 37 years, I showed extremely poor judgment by engaging in an extramarital affair.

Every civilian's death diminishes us, collectively.

I think no commander ever is going to come out and say, 'I'm confident that we can do this.'

I will not ever run for political office. I can assure you.

The fact is that Iran doesn't want to see the Taliban come back any more than do most Afghan citizens.

If you don't want to have to kill or capture every bad guy in the country, you have to reintegrate those who are willing to be reconciled and become part of the solution instead of a continued part of the problem. And then, above all, the resources.

If you look at casualties, you find countries that had much higher loss rates per capita than the US. Denmark comes to mind, the United Kingdom, they have suffered heavy losses at various points, the Germans as well.

President Obama has said that our aspirations should be realistic. We are not going to turn one of the poorest countries in the world, that was plunged into 30 years of war, into an advanced, industrialized, Western-style democracy. What we want to achieve is Afghanistan's capacity to secure and govern itself.

Reconciliation is what takes place, of course, at higher levels. President Karzai has been very clear about the red lines for reconciliation, accept the constitution, lay down their weapons, cut their ties with al Qaeda and essentially become productive or at least participating members of society in that regard.

The art of coalition command - whether it is here in Afghanistan, whether it was in Iraq or in Bosnia or in Haiti - is to take the resources you are provided with, understand what the strengths and weaknesses are and to employ them to the best overall effect.

The progress in Iraq is still fragile. And it could still be reversed. Iraq still faces innumerable challenges, and they will be evident during what will likely be a difficult process as the newly elected Council of Representatives selects the next prime minister, president, and speaker of the council.

We're here so that Afghanistan does not once again become a sanctuary for transnational extremists the way it was when al-Qaeda planned the 9/11 attacks in the Kandahar area, conducted the initial training for the attackers in training camps in Afghanistan before they moved on to Germany and then to U.S. flight schools.