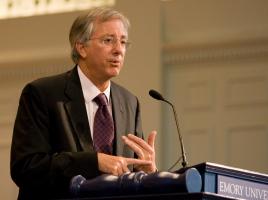 See the gallery for quotes by Dennis Ross. You can to use those 7 images of quotes as a desktop wallpapers. 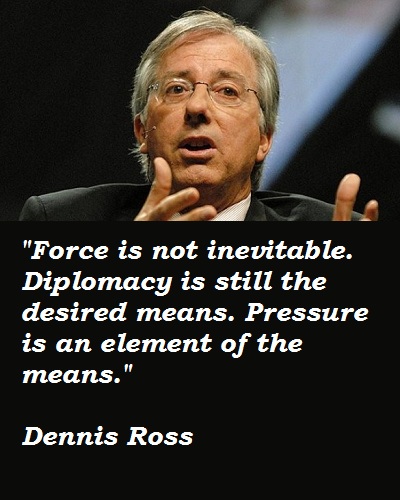 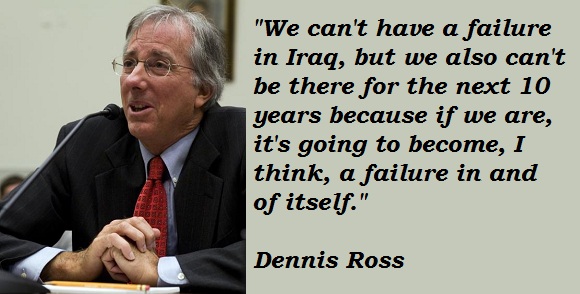 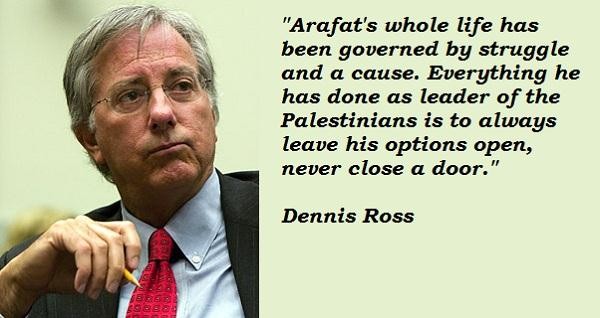 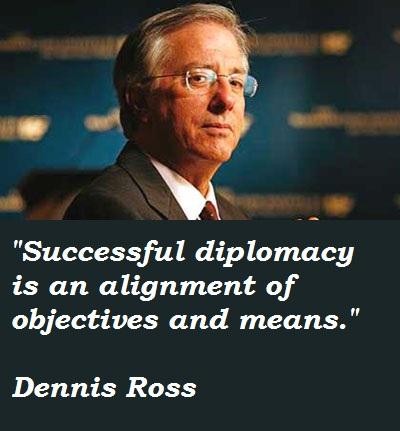 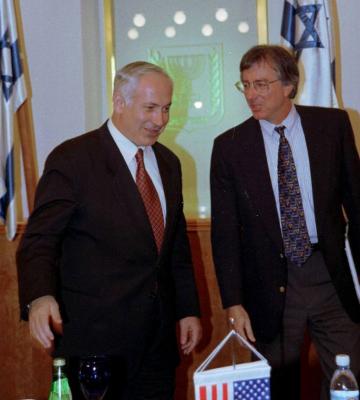 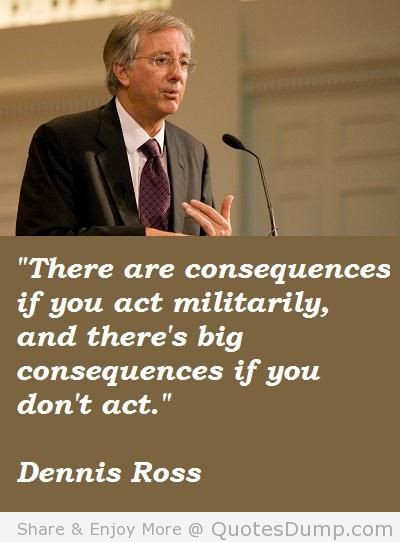 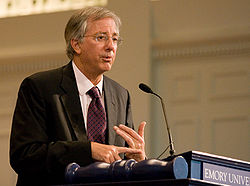 Force is not inevitable. Diplomacy is still the desired means. Pressure is an element of the means.

I am the Counselor at the Washington Institute for Near East Policy.

Many Europeans are concerned that stronger sanctions are a slippery slope toward war unless the U.S. is at the table.

Successful diplomacy is an alignment of objectives and means.

Arafat's whole life has been governed by struggle and a cause. Everything he has done as leader of the Palestinians is to always leave his options open, never close a door.

I can give substantive advice to the administration, the president's campaign, or any campaign that would ask for it. And, of course, when I speak I can talk about my views on policy and I have been supportive of the president's policy on leading foreign-policy issues.

I wouldn't discount the possibility that the Israelis would act if they came to the conclusion that basically the world was prepared to live with Iran with nuclear weapons. They certainly have the capability by themselves to set back the Iranian nuclear program.

If there were an election today, Netanyahu would win. Yet, his standing in the polls is also a reflection of the weakness of Ehud Olmert, the current prime minister - who stands at 2 percent in a recent poll - and the enduring weaknesses of the Labor Party.

Israel was seen as having demonstrated unmistakably it wanted peace, and the reason it wasn't available, achievable was because Arafat wouldn't accept it.

It has been an honor to work in the Obama Administration and to serve this President, particularly during a period of unprecedented change in the broader Middle East. Obviously, there is still work to do but I promised my wife I would return to government for only two years and we both agreed it is time to act on my promise.

It is my Middle Eastern hat and my attachment to Israel that ultimately inspires my support for Obama. I know he understands that neither Israel nor America can afford four more years of Iran and the radical Islamists gaining strategic leverage in the Middle East.

Overwhelmingly, Israel's political and military establishment want the rest of the world to act diplomatically or otherwise to stop Iran. But if that doesn't happen, then the impulse toward the use of force will become quite strong.

We can't have a failure in Iraq, but we also can't be there for the next 10 years because if we are, it's going to become, I think, a failure in and of itself.

You don't have any communication between the Israelis and the Iranians. You have all sorts of local triggers for conflict. Having countries act on a hair trigger - where they can't afford to be second to strike - the potential for a miscalculation or a nuclear war through inadvertence is simply too high.