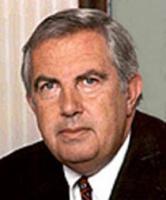 See the gallery for quotes by Fred F. Fielding. You can to use those 6 images of quotes as a desktop wallpapers. 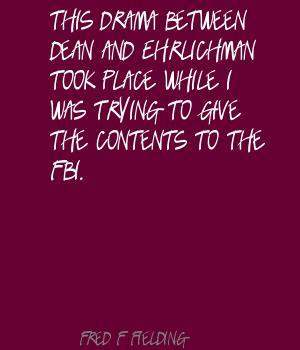 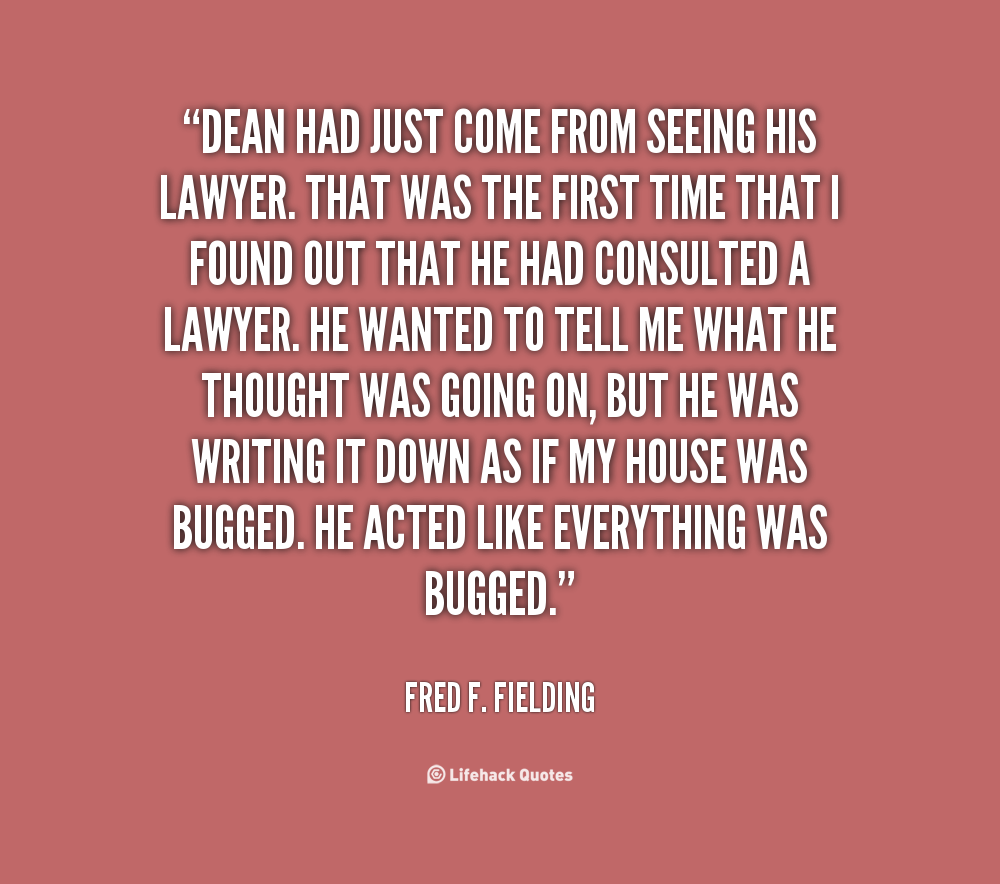 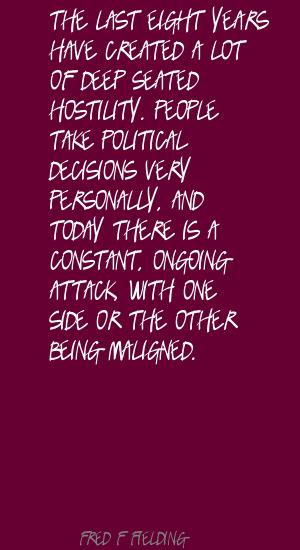 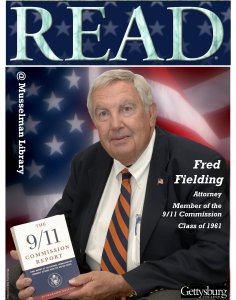 The last eight years have created a lot of deep-seated hostility. People take political decisions very personally, and today there is a constant, ongoing attack, with one side or the other being maligned.

But look, you did not have to be well versed in politics to know that some stupid things were going on. It is the counsel's job to stop them, and instead the coverup was created.

It is hard for people outside the White House to understand the constant daily problems and issues that come up that require the president's attention, but he can not let himself get too personally involved.

This drama between Dean and Ehrlichman took place while I was trying to give the contents to the FBI.

Dean had just come from seeing his lawyer. That was the first time that I found out that he had consulted a lawyer. He wanted to tell me what he thought was going on, but he was writing it down as if my house was bugged. He acted like everything was bugged.

I'm still friendly with Dean. He still calls me on the phone from time to time. John Dean was fired and later ended up spending some time in prison for his role in Watergate.

It became evident to me that there was a very serious political element at work. I know that the term impeachment was bandied about. I do not believe, however, that the word was used with the ferocity it was more recently or that it was in the Nixon years.

It was frightening because it was the first time I had gotten a sense of how serious the problem was. It became clear from his notes that he felt the president himself was involved.

Morgan, Lewis is a very large firm now, but it was not quite as big then. It was exciting for an associate in those days, because you got good and varied assignments and terrific training.

One regret I have is that I did not learn more about what was happening very early, so that I could have tried to stop people from engaging in illegal activities.

The Nixon years were trying. They honed my judgment for everything I did later on. The experience also illustrated for me the importance of training young lawyers properly.