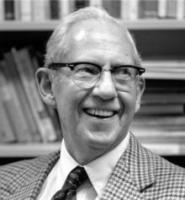 See the gallery for quotes by George Stigler. You can to use those 8 images of quotes as a desktop wallpapers. 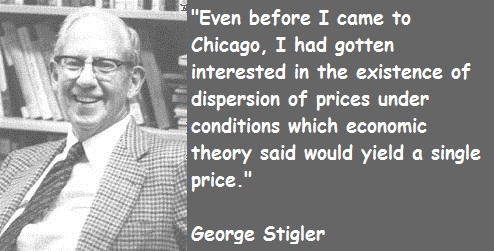 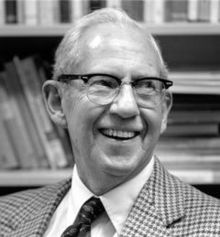 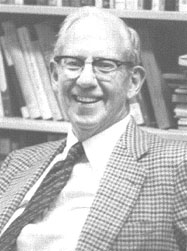 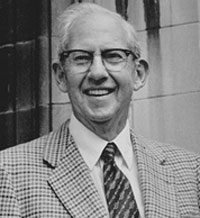 I started working and publishing in price theory by 1938.

It was in the 1960s that I began the detailed study of public regulation.

My main graduate training was received at the University of Chicago from which I received the Ph.D. in 1938.

My teaching began in 1936 at Iowa State College where T. W. Schultz was the department chairman.

A Swedish physicist can not discuss his work with fifty people unless he goes abroad. A Swedish economist can get opinions and instructions in his native language from thousands upon thousands of his fellow citizens.

After the war, I returned to Minnesota, from which I soon moved to Brown University, and a year later, to Columbia University where I remained from 1947 until 1958.

And yet I would not freely exchange my science for those of my fellow laureates. They are forever confined in their professional discussions to the small numbers of their fellow scientists.

Even before I came to Chicago, I had gotten interested in the existence of dispersion of prices under conditions which economic theory said would yield a single price.

I attended schools in Seattle through the University of Washington, from which I was graduated in 1931. I spent the next year at Northwestern University.

In the 1950s, I proposed the survivor method of determining the efficient sizes of enterprises, and worked on delivered price systems, vertical integration, and similar topics.

My interests were aroused, and my faith in the cliches of the subject destroyed, as so often with other subjects, by the discussions with my friend, Aaron Director.

That subject has lost its one time appeal to economists as our science has become more abstract, but my interest has even grown more intense as the questions raised by the sociology of science became more prominent.

The Chicago Economics Department was in intellectual ferment, although the central issues of the 1930's were very different from those in later times. I had never before encountered minds of that quality at close quarters and they influenced me strongly.

The delicate and intricate pattern of competition and cooperation in the economic behavior of the hundreds of thousands of citizens of Stockholm offers a challenge to the economist that is perhaps as complex as the challenges of the physicist and the chemist.

Two years later, I went to the University of Minnesota from which I was on leave for several years during the war as a member of Statistical Research Group at Columbia University.