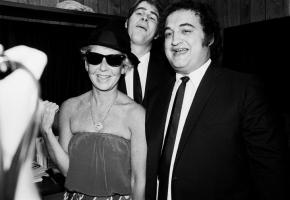 See the gallery for quotes by Jane Byrne. You can to use those 8 images of quotes as a desktop wallpapers. 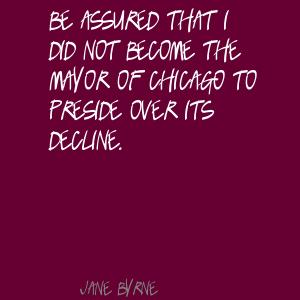 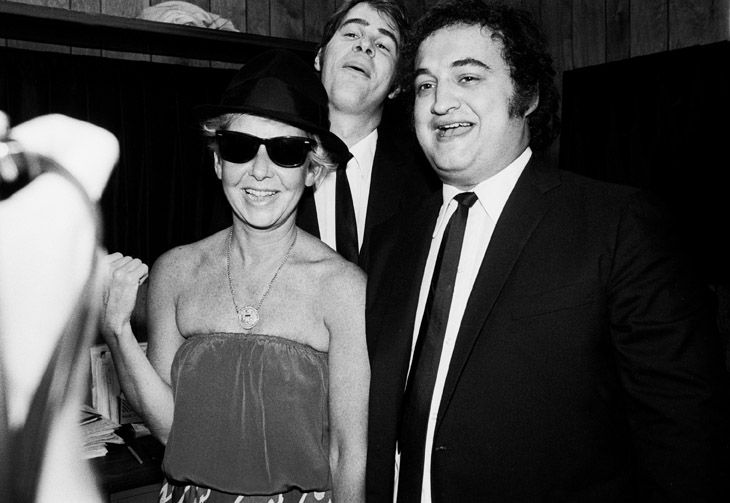 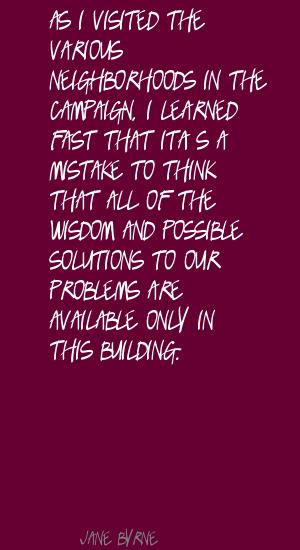 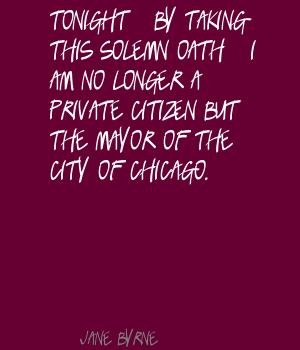 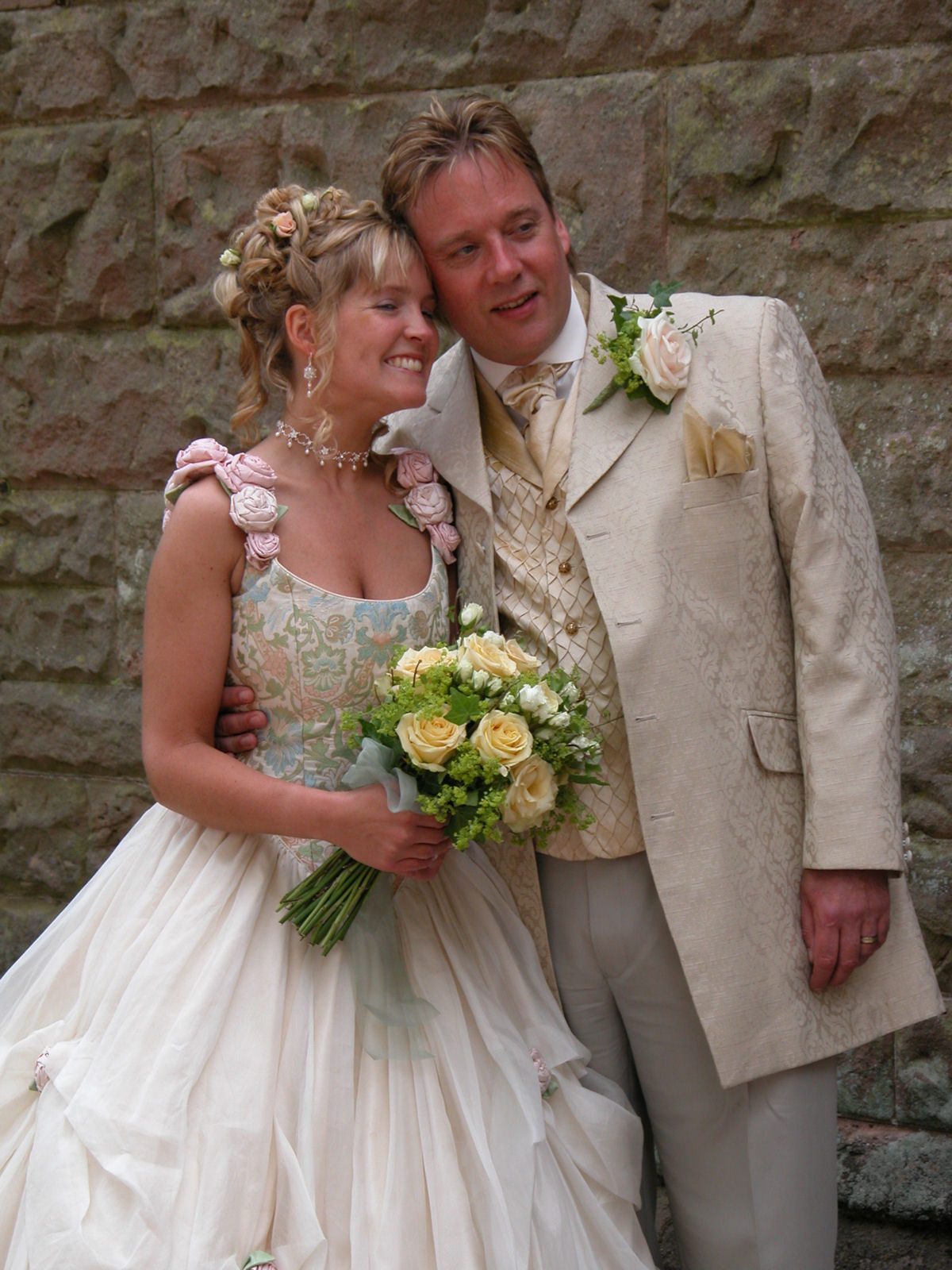 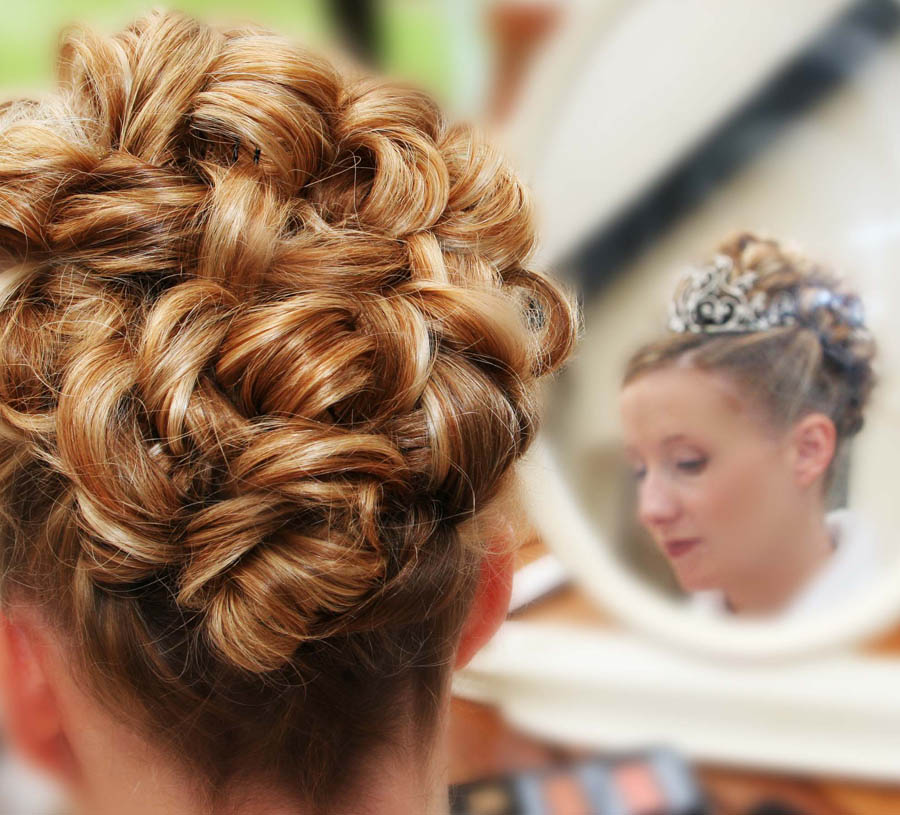 If for no other reason than the energy crisis now facing this country, the federal government should be eager to become partners with us in rebuilding our city.

If we are to succeed, we must recognize that the community redevelopment is not solely the rehabilitation of housing, or putting a mall in the business strips.

In the housing projects, people talked of ways to reduce crime, relieve overcrowding, and they were good ideas that we plan to study, and possibly implement.

The credit for much of this rightly belongs to the late Mayor Daley who forged a coalition of business and labor that kept Chicago always moving ahead.

When there were fears about the future of this nation's older cities... when a few of the cities teetered on the brink of bankruptcy, all eyes were focused on Chicago for contrast.

I am a Democrat. I have been one all of my life.

As I visited the various neighborhoods in the campaign, I learned fast that it's a mistake to think that all of the wisdom and possible solutions to our problems are available only in this building.

Be assured that I did not become the Mayor of Chicago to preside over its decline.

But always I was a private citizen whose activities in government or political party were appointive.

But as important as the job to be done by government in the neighborhoods, the people must also be involved.

Chicago's neighborhoods have always been this city's greatest strength.

City employees will be hired and promoted because of their abilities - without outside interference.

For my part, I plan to work out a fair and adequate redistribution of city services to all city neighborhoods.

I accept that responsibility and ask only that I be judged by my performance as its chief executive.

I pledge tonight to be Mayor for all of the people of this city - for one Chicago.

If all of us would require the same level of performance from ourselves as we expect from government, this city will forever be the city that works.

If those communities are left to decay, this city will decay.

In the days and months I spent walking through the various communities of this city, I found that Chicago did not work for everyone, however.

Our universities and museums are respected around the country.

The Chicago Symphony is considered the greatest orchestra in the world.

The nation can no longer afford to continue policies that hasten the flight of persons to the distant suburbs.

The people ask much, often more than any government can give. We must resist the temptation to promise solutions to all problems.

The people must know that from this day on, we want their opinions.

The people of Chicago are a proud people - and for good reason.

Much more quotes by Jane Byrne below the page.

Tonight - by taking this solemn oath - I am no longer a private citizen but the Mayor of the City of Chicago.

We must care. We must all care. And while I am working, while the governments is working, so must the people also work.

We saw hundreds of programs to redevelop the central city, the neighborhoods, in the past.

But I am committed to keeping this city a strong and viable center for commerce and industry, for continuing to make it a place of opportunity for its citizens.

I am here before you tonight to dedicate this administration to bringing a new renaissance of neighborhood life and community spirit, a renewal of confidence in the future of our city and a revival of opportunity for all Chicago.