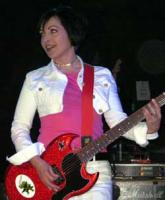 See the gallery for quotes by Jane Wiedlin. You can to use those 8 images of quotes as a desktop wallpapers. 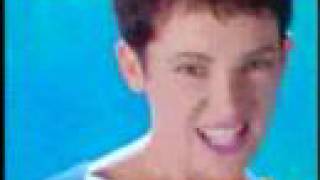 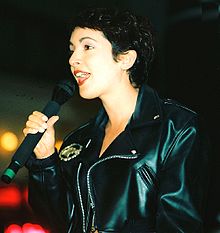 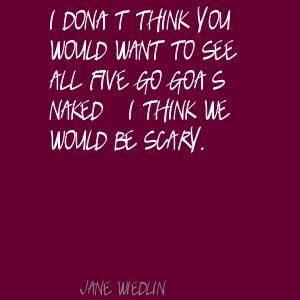 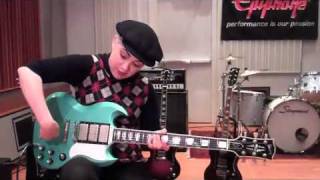 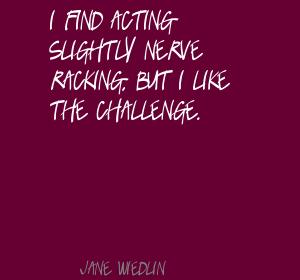 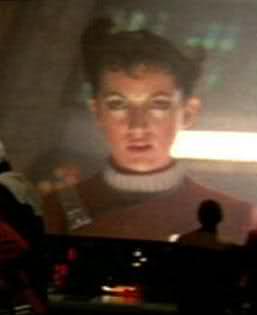 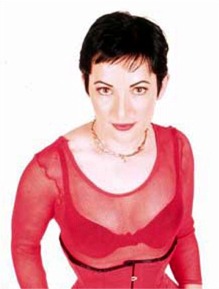 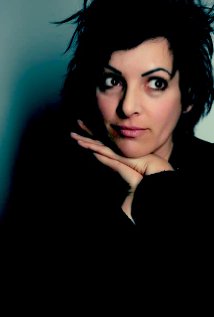 It's too heart-wrenching doing the solo thing. I throw myself into it and get so excited, and then 2000 people buy it and you're, like, 'Oh. I guess it's not that good after all.'

Sometimes I would write something that was so private, people would say, 'Make it more universal.' I never liked that idea. I always thought the more personal a song was, the more people would want to hear it.

The whole punk scene is, of course, responsible for the Go-Go's ever getting created. Because before punk rock happened, you couldn't start a band if you didn't know how to play an instrument. But when punk happened it was like, 'Oh, it doesn't matter if you can play or not. Go ahead, make a band.' And that's exactly what the Go-Go's did.

What I've found - and the older I get, the more I understand this and stand behind it - is, my whole life has been an exploration of telling the truth. It's scary to be truthful, and it's scary to reveal yourself, and I'm very attracted to doing things that scare me.

I don't think you would want to see all five Go-Go's naked - I think we would be scary.

I find acting slightly nerve racking, but I like the challenge.

I love being a Go-Go. It definitely has its ups and downs, and we have a very intense energy with each other.

I personally know women who are Breast Cancer survivors and will do all I can to support the cause. Besides, I love boobies!

I used to think when I was in the Go-Go's that we were as wild as any of the boy bands.

I've always gravitated towards songwriting that happens easily and spontaneously, because those have always been my best songs.

If I believed in Hell, I'd definitely be going there.

If I was in charge, I'd keep doing The Go-Go's forever, but it's a band, so everyone has their say.

It's one thing to be twenty and touring the world, but doing it in your forties, you wake up with aches and pains.

People have always told me a lot that I remind them of Joyce DeWitt.

Sometimes when you get old, you get a star on Hollywood Boulevard.

The whole idea that someone should not be able to marry who they love based on their gender and their preference is ridiculous.

A lot of comic conventions go way beyond comic books and include other parts of pop culture, like celebrities and science fiction and movies and books. So I go to them either as a celebrity, or as a fan, because I'm a big sci-fi geek.

Believe me, I've totally blown any kind of so-called reputation I may have had. I really don't care. I think that's one of the joys of getting older; you just stop caring about things like that.

I did the co-writing thing all through the '90s and I got one hit out of it - a Keith Urban song called 'But For The Grace Of God' - but then I got burnt out.

I didn't read many comics as a kid - I've always been a really fast reader, and I would fly through a comic book in a few minutes and be so mad that it ended so quickly. But now that I've been in the business, I tend to look at the panels so much more carefully, and realize that so much of it is about the art; I don't think I got that before.

I love that there are beaches you can walk your dog on in San Francisco. Fort Funston is big and always packed with hundreds of dogs and their people. A great place to hike and get some exercise and fresh air with your well-mannered pup. Not recommended for antisocial dogs; there's just too much commotion there.

I made the big turnaround in the early Nineties when I started hearing all the tenth generation punk bands like Green Day and Offspring and all those people. It just made me fall in love with punk again and remember my roots, and since that time I've always wanted to do more of that kind of music again.

Much more quotes by Jane Wiedlin below the page.

I try to make everything I write a little bit different. Those songs that go, 'I love you so much and you love me,' they're boring. If I'm going to write a love song, it's going to be a little bit tortuous.

I was a very romantic, overly dramatic young lady, which served me well as a songwriter. Especially as someone who had to focus on lyrics and melody, because if you're a dramatic and romantic person, lyrics come easy, and you turn every single short-term relationship into the biggest 'Romeo-and-Juliet' story ever.

I'm not really calculated enough or trained enough as a musician or songwriter to create a style in order to please people. Ultimately, I just have to do what I like to do.