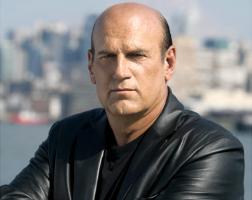 See the gallery for quotes by Jesse Ventura. You can to use those 8 images of quotes as a desktop wallpapers. 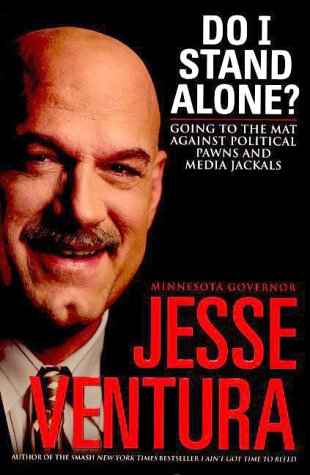 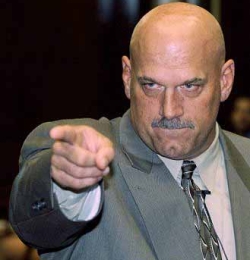 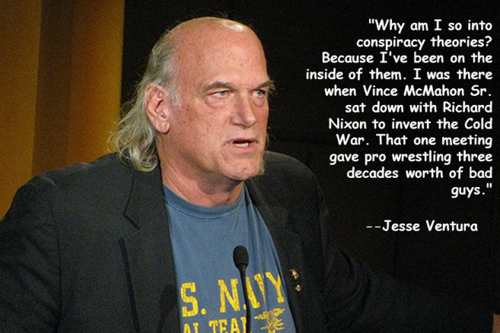 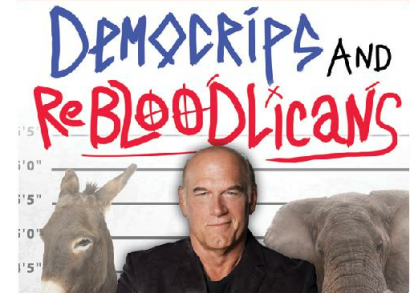 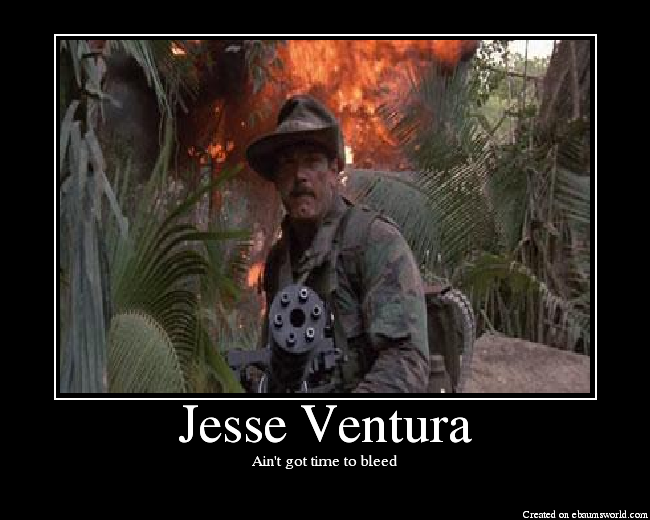 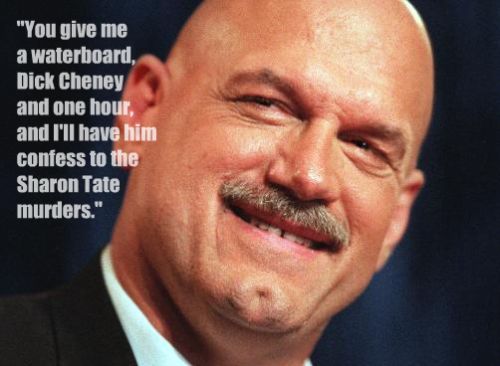 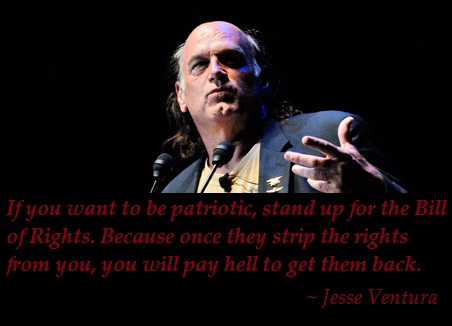 I don't support abortion. I could never participate in one. But I think it would be a mistake to make them illegal again.

If I wanna be president, I probably can.

If you were to come to Minnesota, I could have you locked up like that. That's power.

Love is by far bigger than the government can ever be.

Politics is not my life. I have a career in radio and another career in film.

There are a lot of good causes out there, but they can't possibly all be served by government.

I believe in the America people's ability to govern themselves. If government would just get out of the way and allow them to lead their lives as they choose, they will succeed.

Students often approached me about state-paid tuition while I was out campaigning. After I explained to them that if the state pays their tuition now, they will pay higher taxes to pay other people's tuition for the rest of their lives, most of them ended up agreeing with me.

As governor, there isn't a lot I can do beyond that to crack down on crime. Law enforcement is really a local issue. It's the cops' job to tighten down on criminals.

I don't think I would want the responsibility for enforcing the death penalties. There's always the inevitable question of whether someone you gave the order to execute might truly have been innocent.

I don't want to spend the rest of my life in politics. When I'm finished with my term as governor, I'm going back to the life that's waiting for me in the private sector.

I also believe that government has no business telling us how we should live our lives. I think our lifestyle choices should be left up to us. What we do in our private lives is none of the government's business. That position rules out the Republican Party for me.

Wrestling is ballet with violence.

I don't believe we need the government's help as much as some think we do. That belief sets me apart from the Democrats, since their way of dealing with everything is to tax and spend.

Patriotism is voluntary. It is a feeling of loyalty and allegiance that is the result of knowledge and belief. A patriot shows their their patriotism through their actions, by their choice.

Remember that government doesn't earn one single dollar it spends. In order for you to get money from the government, that money must first be taken from somebody else.

Government works less efficiently when it begins to grow out of control and takes on more and more of the responsibilities that belong to the citizens.

Congratulations, you have a sense of humor. And to those who didn't: Go stick your head in the mud.

Organized religion is a sham and a crutch for weak-minded people who need strength in numbers. It tells people to go out and stick their noses in other people's business.

We call our country home of the brave and land of the free, but it's not. We give a false portrayal of freedom. We're not free - if we were, we'd allow people their freedom.

Government's role should be only to keep the playing field level, and to work hand in hand with business on issues such as employment. But beyond this, to as great an extent as possible, it should get the hell out of the way.

Much more quotes by Jesse Ventura below the page.

If I could be reincarnated as a fabric, I would come back as a 38 double-D bra.

There are lots of people out there who think they know the truth about God and religion, but does anybody really know for sure? That's why the founding fathers built freedom of religious belief into the structure of this nation, so that everybody could make up their minds for themselves.

I asked Dalai Lama the most important question that I think you could ask - if he had ever seen Caddyshack.

I believe patriotism comes from the heart. Patriotism is voluntary. It is a feeling of loyalty and allegiance that is the result of knowledge and belief.

When the Constitution gave us the right to bear arms, it also made us responsible for using them properly. It's not fair of us as citizens to lean more heavily on one side of that equation than on the other.

I'm against the draft. I believe we should have a professional military; it might be smaller, but it would be more effective.

Win if you can, lose if you must, but always cheat.

All of us should have free choice when it comes to patriotic displays... a government wisely acting within its bounds will earn loyalty and respect from its citizens. A government dare not demand the same.

You need to hunt something that can shoot back at you to really classify yourself as a hunter. You need to understand the feeling of what it's like to go into the field and know your opposition can take you out.

I decided to run for governor because I got mad... I want to make government more directly accountable to the people.