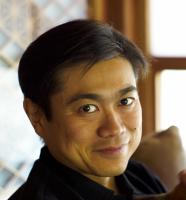 See the gallery for quotes by Joichi Ito. You can to use those 8 images of quotes as a desktop wallpapers. 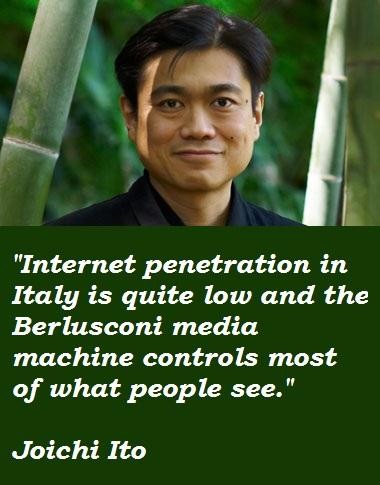 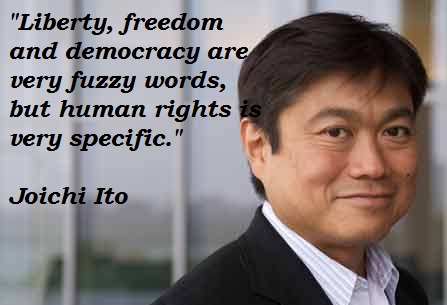 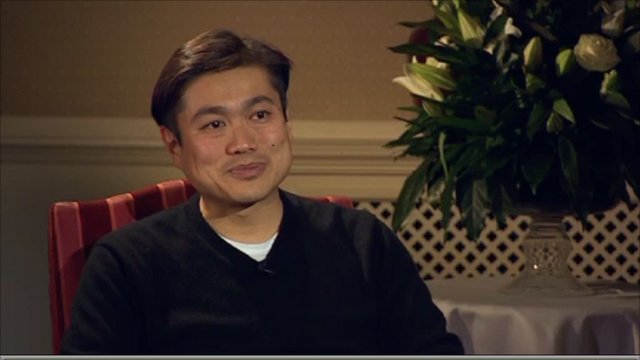 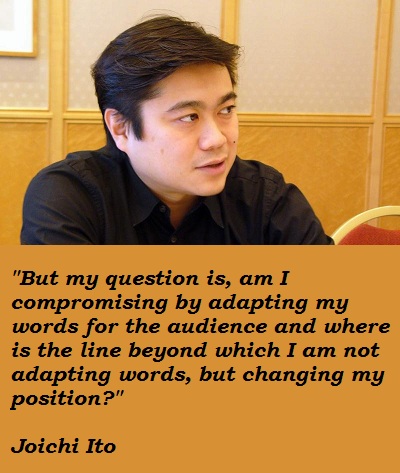 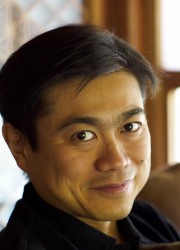 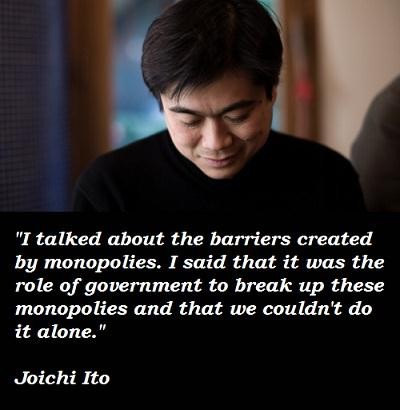 We discussed the history of postwar Japan and how Japan had missed an opportunity to build a more functional democracy because of the focus on fighting communism driven in large part by the American occupation.

In a world where discovery is more important than delivery, it's the people who find, remix and direct attention to old stuff that should be rewarded, not the people who deliver it or sit on it waiting for someone to show up.

We have a long way to go before we are able to hear the voices of everyone on earth, but I believe that providing voices and building bridges is essential for the World Peace we all wish for.

Google is in an amazing position to be the target of tons of lawsuits that will set precedent for many important things for us on the Internet.

I definitely feel like my blog is going edgy to broad and boring.

I have had a great deal of interaction with Koreans and feel a fairly strong bond with Korea.

If we destroy human rights and rule of law in the response to terrorism, they have won.

Internet penetration in Italy is quite low and the Berlusconi media machine controls most of what people see.

Money creates a power relationship between the payer and the payee.

Most creative work is a process of people passing ideas and inspirations from the past into the future and adding their own creativity along the way.

The idea of trying to fight against extremism was written off as naive.

The most important thing I learned in school was how to touch type.

Upholding human rights is not merely compatible with fighting terrorism, it is essential.

We talked about the Internet and Wikipedia and how facts and history are being collectively created online.

When there is a huge force pressing down on freedoms, sub-cultures with more creativity and power are likely to form.

But my question is, am I compromising by adapting my words for the audience and where is the line beyond which I am not adapting words, but changing my position?

For some reason, I grew up generally believing that Japan and Korea were quite friendly. I do know that there is some bad history and the extremists on both sides are unreasonable.

I agree that it is not just the extremists who harbor bad thoughts or engage in bad acts, but they are usually the source of the polarization and try to keep education and communication of the main stream from moving forward.

I talked about the barriers created by monopolies. I said that it was the role of government to break up these monopolies and that we couldn't do it alone.

Now that our media companies and it appears are policies are traded for cash, what is there to check the continuing consolidation of power and diminishing of democracy?

Much more quotes by Joichi Ito below the page.

The US constitution's First Amendment rights only cover Americans, but I believe that in a democracy the competition of ideas and free speech should combat beliefs that it does not agree with - more speech and debate, not censorship.