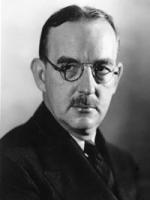 See the gallery for quotes by Joseph Wood Krutch. You can to use those 6 images of quotes as a desktop wallpapers. 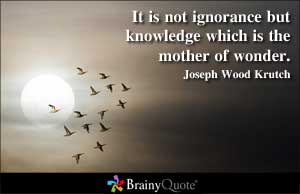 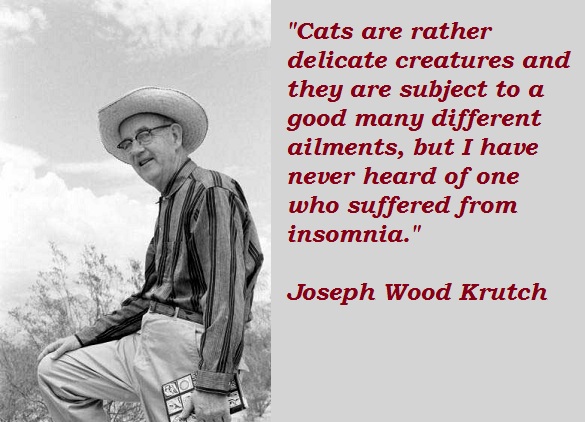 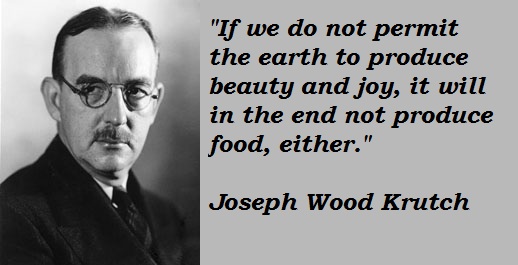 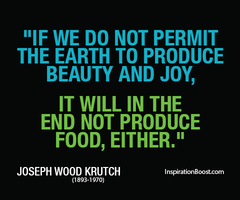 It is not ignorance but knowledge which is the mother of wonder.

Happiness is itself a kind of gratitude.

If we do not permit the earth to produce beauty and joy, it will in the end not produce food, either.

Cats are rather delicate creatures and they are subject to a good many different ailments, but I have never heard of one who suffered from insomnia.

Cats seem to go on the principle that it never does any harm to ask for what you want.

The snow itself is lonely or, if you prefer, self-sufficient. There is no other time when the whole world seems composed of one thing and one thing only.

Any euphemism ceases to be euphemistic after a time and the true meaning begins to show through. It's a losing game, but we keep on trying.

It is sometimes easier to head an institute for the study of child guidance than it is to turn one brat into a decent human being.

Few people have ever seriously wished to be exclusively rational. The good life which most desire is a life warmed by passions and touched with that ceremonial grace which is impossible without some affectionate loyalty to traditional form and ceremonies.

The most serious charge which can be brought against New England is not Puritanism but February.

Though many have tried, no one has ever yet explained away the decisive fact that science, which can do so much, cannot decide what it ought to do.

Only those within whose own consciousness the sun rise and set, the leaves burgeon and wither, can be said to be aware of what living is.

What a man knows is everywhere at war with what he wants.