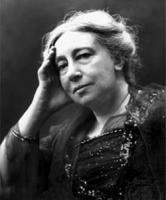 See the gallery for quotes by Lady Gregory. You can to use those 8 images of quotes as a desktop wallpapers. 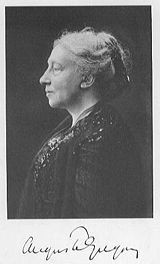 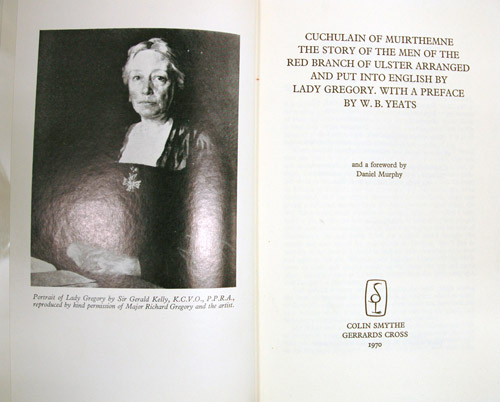 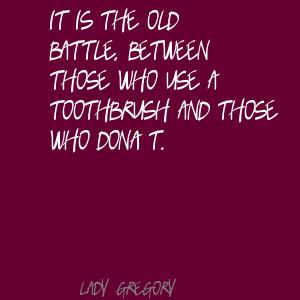 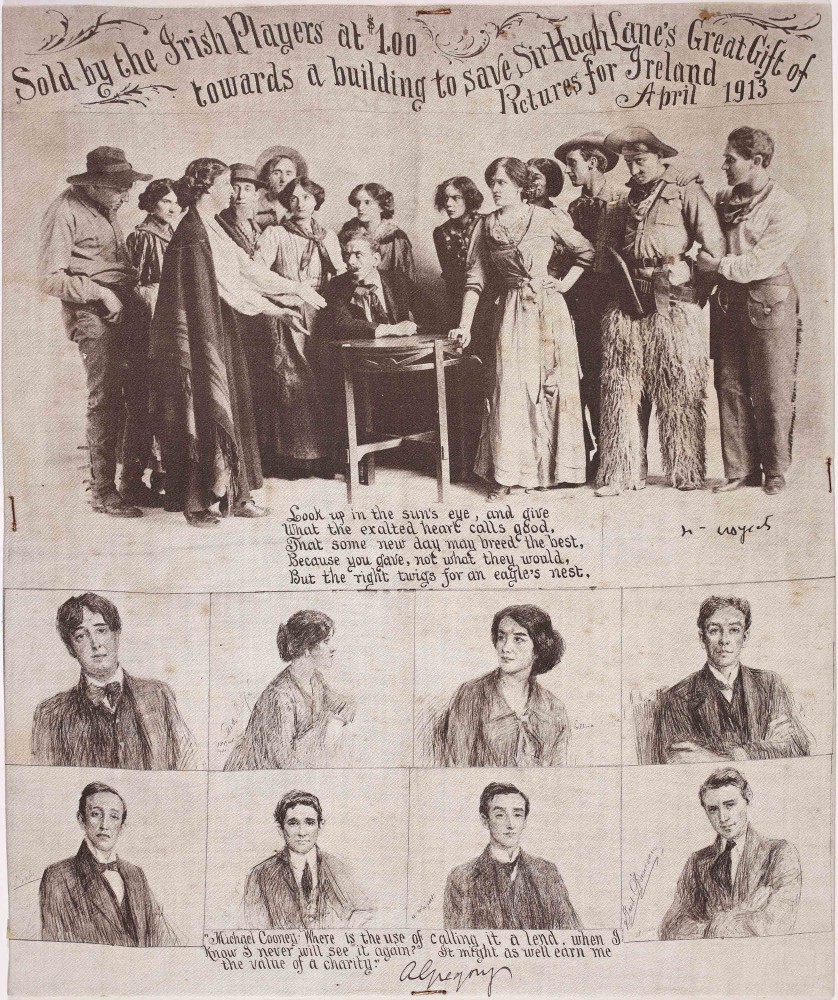 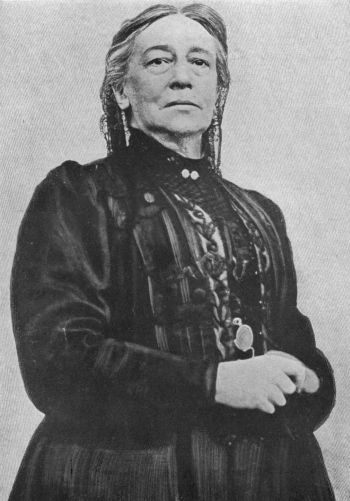 In the whole course of our work at the theatre we have been, I may say, drenched with advice by friendly people who for years gave us the reasons why we did not succeed... All their advice, or at least some of it, might have been good if we had wanted to make money, to make a common place of amusement.

In writing a little tragedy, 'The Gaol Gate,' I made the scenario in three lines, 'He is an informer; he is dead; he is hanged.' I wrote that play very quickly.

Irish history having been forbidden in schools, has been, to a great extent, learned from Raftery's poems by the people of Mayo, where he was born, and of Galway, where he spent his later years.

It is not known, now, for what length of time the Tuatha de Danaan had the sway over Ireland, and it is likely it was a long time they had it, but they were put from it at last.

It is what the poets of Ireland used to be saying, that every brave man, good at fighting, and every man that could do great deeds and not be making much talk about them, was of the Sons of the Gael; and that every skilled man that had music and that did enchantments secretly, was of the Tuatha de Danaan.

It was among farmers and potato diggers and old men in workhouses and beggars at my own door that I found what was beyond these and yet farther beyond that drawingroom poet of my childhood in the expression of love, and grief, and the pain of parting, that are the disclosure of the individual soul.

It was at Inver Slane, to the north of Leinster, the sons of Gaedhal of the Shining Armour, the Very Gentle, that were called afterwards the Sons of the Gael, made their first attempt to land in Ireland to avenge Ith, one of their race that had come there one time and had met with his death.

It was in a mist the Tuatha de Danaan, the people of the gods of Dana, or as some called them, the Men of Dea, came through the air and the high air to Ireland.

It was in a stonecutter's house where I went to have a headstone made for Raftery's grave that I found a manuscript book of his poems, written out in the clear beautiful Irish characters.

It was on the first day of Beltaine, that is called now May Day, the Tuatha de Danaan came, and it was to the north-west of Connacht they landed. But the Firbolgs, the Men of the Bag, that were in Ireland before them, and that had come from the South, saw nothing but a mist, and it lying on the hills.

My husband was in the war of the Crimea. It is terrible the hardships he went through, to be two months without going into a house, under the snow in trenches. And no food to get, maybe a biscuit in the day. And there was enough food there, he said, to feed all Ireland; but bad management, they could not get it.

Napoleon the Third was not much. He died in England, and was buried in a country church-yard much the same as Kiltartan. But Napoleon the First was a great man; it was given out of him there never would be so great a man again.

Once in my childhood I had been eager to learn Irish; I thought to get leave to take lessons from an old Scripture-reader who spent a part of his time in the parish of Killinane, teaching such scholars as he could find to read their own language in the hope that they might turn to the only book then being printed in Irish, the Bible.

Queen Victoria was loyal and true to the Pope; that is what I was told, and so is Edward the Seventh loyal and true, but he has got something contrary in his body.

The first play I wrote was called 'Twenty-five.' It was played by our company in Dublin and London, and was adapted and translated into Irish and played in America.

The Georges were fair; they left all to the Government; but Anne was very bad and a tyrant. She tyrannised over the Irish. She died broken-hearted with all the bad things that were going on about her. For Queen Anne was very wicked; oh, very wicked, indeed!

There's too many sounds in the world! The sounds of the earth are terrible! The roots squeezing and jostling one another through the clefts, and the crashing of the acorn from the oak. The cry of the little birdeen in under the silence of the hawk!

Thomas Davis was a great man where poetry is concerned, and a better than Thomas Moore. All over Ireland his poetry is, and he would have done other things but that he died young.

To you, W. B. Yeats, good praiser, wholesome dispraiser, heavy-handed judge, open-handed helper of us all, I offer a play of my plays for every night of the week, because you like them, and because you have taught me my trade.

What the Danes left in Ireland were hens and weasels. And when the cock crows in the morning, the country people will always say 'It is for Denmark they are crowing. Crowing they are to be back in Denmark.'

When death comes, it is not enough to have been charitable; and it is not right to touch the body or lay it out for a couple of hours; for the soul should be given time to fight for itself, and to go up to judgment.

When I was a child and came with my elders to Galway for their salmon fishing in the river that rushes past the gaol, I used to look with awe at the window where men were hung, and the dark, closed gate.

It is the old battle, between those who use a toothbrush and those who don't.

Well, there's no one at all, they do be saying, but is deserving of some punishment from the very minute of his birth.

Ah, I am thinking people put more in their prayers than was ever put in them by God.

Much more quotes by Lady Gregory below the page.

Every day in the year there comes some malice into the world, and where it comes from is no good place.

Every trick is an old one, but with a change of players, a change of dress, it comes out as new as before.

I feel more and more the time wasted that is not spent in Ireland.

It is not always them that has the most that makes the most show.

It takes madness to find out madness.

It's best make changes little by little, the same as you'd put clothes upon a growing child.

Many a poor soul has had to suffer from the weight of the debts on him, finding no rest or peace after death.

Our curses on them that boil the eggs too hard! What use is an egg that is hard to any person on earth?

The way most people fail is in not keeping up the heart.

There is lasting kindness in Heaven when no kindness is found upon earth.

There is many a man without learning will get the better of a college-bred man, and will have better words, too.

There is no sin coveting things are of no great use or profit, but would show out good and have some grandeur around them.

We would not give up our own country - Ireland - if we were to get the whole world as an estate, and the Country of the Young along with it.

What are prophecies? Don't we hear them every day of the week? And if one comes true there may be seven blind and come to nothing.

As to the old history of Ireland, the first man ever died in Ireland was Partholan, and he is buried, and his greyhound along with him, at some place in Kerry.

Everything that is bad, the falling sickness - God save the mark - or the like, should be at its worst at the full moon. I suppose because it is the leader of the stars.

From the sons of Ith, the first of the Gael to get his death in Ireland, there came in the after time Fathadh Canaan, that got the sway over the whole world from the rising to the setting sun, and that took hostages of the streams and the birds and the languages.

I don't know in the world why anyone would consent to be a king, and never to be left to himself, but to be worried and wearied and interfered with from dark to daybreak and from morning to the fall of night.

I hold that the beginning of modern Irish drama was in the winter of 1898, at a school feast at Coole, when Douglas Hyde and Miss Norma Borthwick acted in Irish in a Punch and Judy show; and the delighted children went back to tell their parents what grand curses 'An Craoibhin' had put on the baby and the policeman.

I was told in many places of Osgar's bravery and Goll's strength and Conan's bitter tongue, and the arguments of Oisin and Patrick. And I have often been given the story of Oisin's journey to Tir-nan-Og, the Country of the Young, that is, as I am told, a fine place and everything that is good is in it.

I'll take no charity! What I get I'll earn by taking it. I would feel no pleasure it being given to me, any more than a huntsman would take pleasure being made a present of a dead fox, in place of getting a run across country after it.

In my childhood there was every year at my old home, Roxborough, or, as it is called in Irish, Cregroostha, a great sheep-shearing that lasted many days. On the last evening there was always a dance for the shearers and their helpers, and two pipers used to sit on chairs placed on a corn-bin to make music for the dance.