See the gallery for quotes by Leo Ornstein. You can to use those 8 images of quotes as a desktop wallpapers. 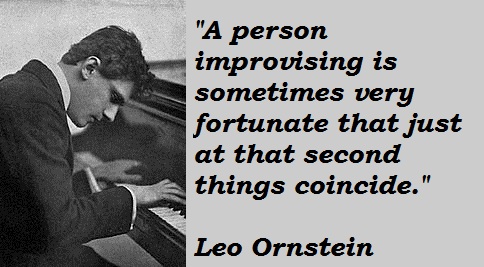 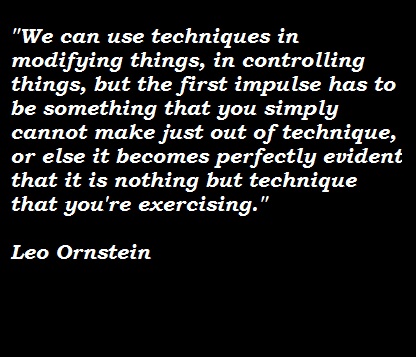 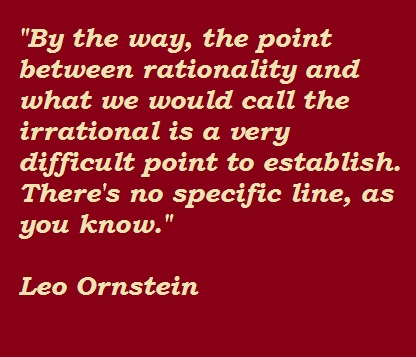 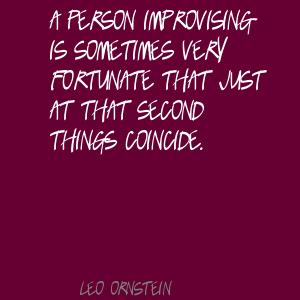 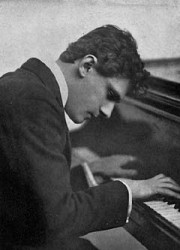 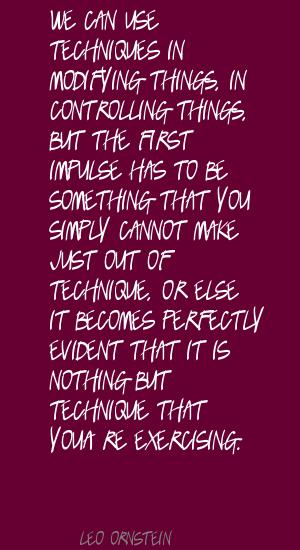 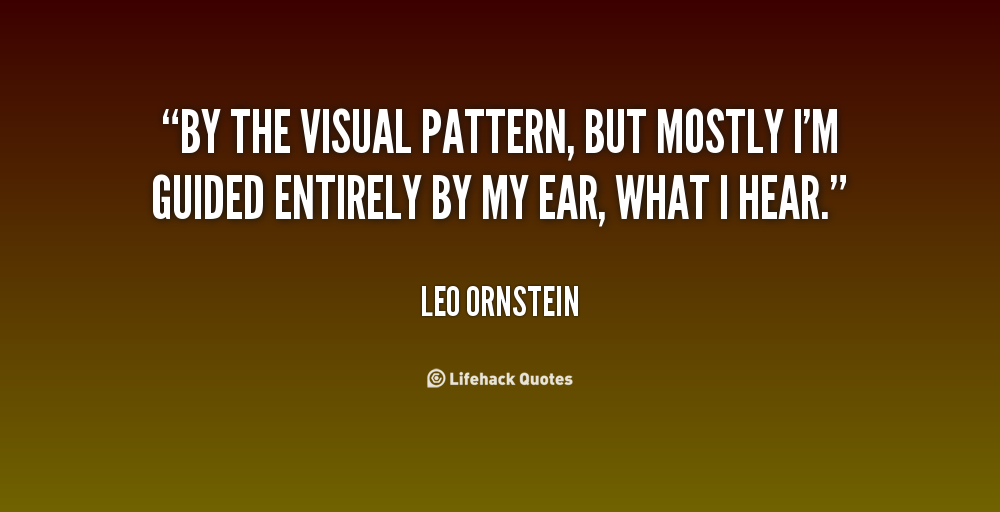 Today, with a recording, he can hear the thing enough times until he really gets acquainted with the language, and then he can begin to make an estimate of the intrinsic, aesthetic value of that piece of music.

Well, no. I believe that it's not at all impossible that some of the performances that I've heard so far by some pianists may be superior to my own playing because those are two totally different acts altogether.

When I was speaking about communicating, I meant that the listener - we have to reach the listener; otherwise, of course, you're writing the piece, as I say, only for the satisfaction of seeing it on the paper for yourself, and then it ends right there.

I distrust anything that you don't hear.

We can use techniques in modifying things, in controlling things, but the first impulse has to be something that you simply cannot make just out of technique, or else it becomes perfectly evident that it is nothing but technique that you're exercising.

By the way, the point between rationality and what we would call the irrational is a very difficult point to establish. There's no specific line, as you know.

A person improvising is sometimes very fortunate that just at that second things coincide.

But in the end, music is ultimately an aural art, pure and simple.

By the visual pattern, but mostly I'm guided entirely by my ear, what I hear.

Hopefully, I have a certain amount of what you call musical talent.

I think there have been some periods when the writing almost became a bit of a burden.

In writing music, the structure of each piece is a very important factor.

It doesn't necessarily mean at all that the composer plays his own works best.

Of all the arts, music is really the most abstract.

Today each composer is not only involved in aesthetics, but he's actually trying to create his own language.

You write it down because finally, when it's written down you do get it out of your system somewhat.

Because essentially Schoenberg was an extremely gifted man. And in spite of many of his theories and so on, when he really began to write music, he still was guided very much by his internal hearing, by what we call your internal ear.

Besides merely some pleasure that we get out of the combinations of pitches together and lines, I think that there is some satisfaction that we get in the fact of having this diffuse thing organized very concretely and put onto a frame and have it actually decided.

I think recordings have been a terrific advance because now, when you have a piece of music, particularly something that appears to the listener very complicated, there's really a push to the world to try to figure out what it was that he was hearing.

I'm really interested in writing a piece of music that will move you, that will really move you. That is really the only reason that I'm writing music.

Tags: Another, Between, Sometimes

Now, what we are not talking about, what you're really coming to, is what compromises one makes so that the listener understands somewhat of what you're doing, what you're trying to express.

The danger of that - and there's a grave danger that I, myself, have to be very aware of - is that you become so involved and intrigued in the language that sometimes you lose track that that is only a means to an aesthetic experience that the listener has to get.

The difference between the student and the born composer is he really hears the thing, and they have to stage it and manipulate it by technical equipment.

Much more quotes by Leo Ornstein below the page.

There are some people, by the way, that associate a certain amount of visualization with the performance of music. Those are people that really are not centrally concerned only with music, the traditional things.

To the person that deals in visualizations, I suppose there is something rather exciting about a whole set of people - they all going symmetrically, up or down, in a military sort of precision.

All praise to the masters indeed, but we too could produce a Kant or a Hugo.

Was not from a mixture of two races that the Titans sprang?

We could raise prodigious cities and create nations, and explore the universe.

We too could wrest iron from the bowels of the earth and fashion it into ships and machines.

Why must we be eternally on our knees before the Kants and Hugos?