See the gallery for quotes by Marc Wallice. You can to use those 8 images of quotes as a desktop wallpapers. 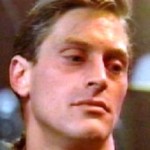 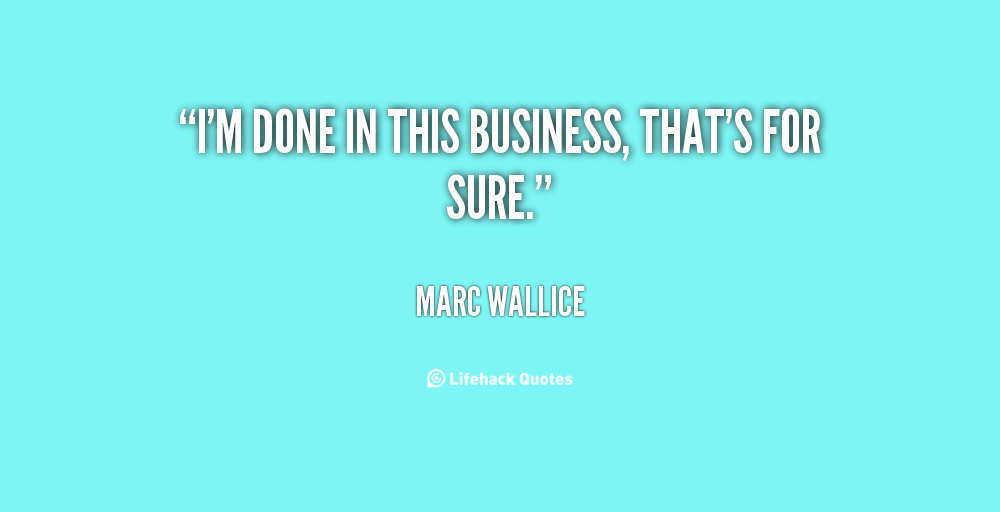 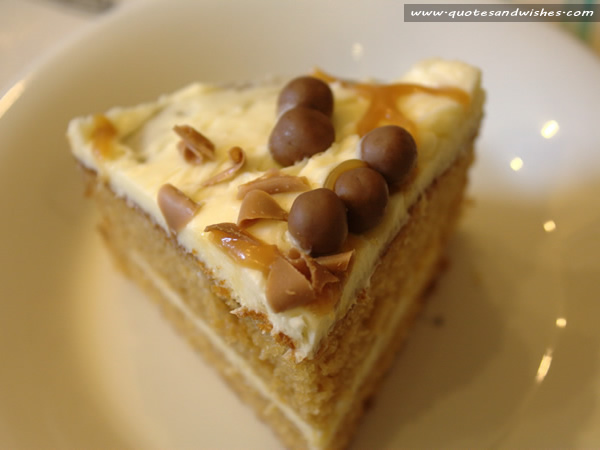 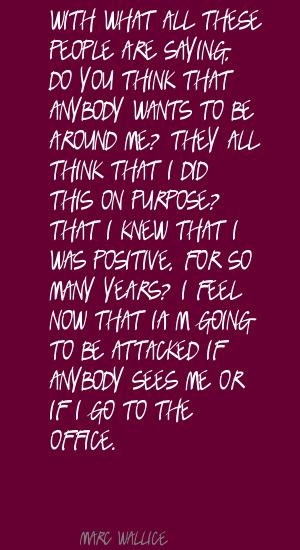 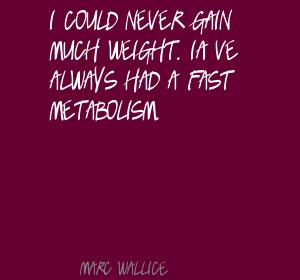 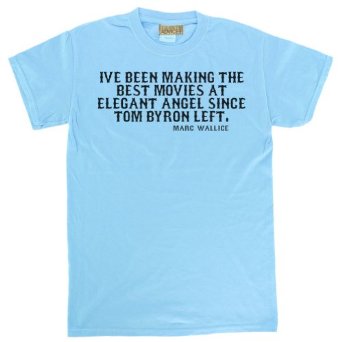 Now I walk around with my head down, trying to hide, thinking that everybody knows that I inflicted people with HIV, because that is all they are going to read.

I could never gain much weight. I've always had a fast metabolism.

I live a dramatic life, it's just not on TV yet.

I still have my talent to produce and direct.

I'm done in this business, that's for sure.

I've been making the best movies at Elegant Angel since Tom Byron left.

If I knew I was positive, why would I have ever gone to PAW to take a test?

My father was gone when I was three years old.

Nobody could've ever known I was positive because I didn't know.

But nobody is listening to those points. They are just listening to the gossip which is saying that I knew I was positive for all these years because I had a faked test a few years ago.

I got nothing. I got my shoes and my pants. I'm staying with a friend. I stop by my mother's every once in a while to get my calls. I don't want to be anywhere anybody can find me.

I hear that Brooke Ashley is also pressing charges. I don't know how she can prove anything. How can they prove anything, whether it's true or not, that I'm the one that infected her?

Tags: Her, She, True

I just put myself in a hotel and was smoking coke for a while. Then I met up with the wrong people. I ended up getting in a hassle. I had to call the police and get myself arrested or get attacked, ripped off and got to jail. So I called the cops on them and myself.

I was as big as I have ever been. I had a personal trainer and was working out. I was feeling good. I was muscular. I had never weighed more than 155 pounds.

I went into rehab December 14th, 1996, and got out eight months later? Then I went into a sober living place where I stayed for three months. I've been clean for a good year and a half.

I'm thinking of going to programming school. Learn how to sit down at any computer and learn to do anything on it. That's all I have left and have interest in.

That wasn't because of money, it was because I had a job for the next two days and wanted to work. So I faked a test. That was over two years ago. Why has there been no issue about it since then?

The world knows already, they just don't have a picture up there or I'll spend the rest of my life in exile. It's hard to do that when you don't have any money.

With what all these people are saying, do you think that anybody wants to be around me? They all think that I did this on purpose? That I knew that I was positive, for so many years? I feel now that I'm going to be attacked if anybody sees me or if I go to the office.