See the gallery for quotes by Michelle Bachelet. You can to use those 7 images of quotes as a desktop wallpapers. 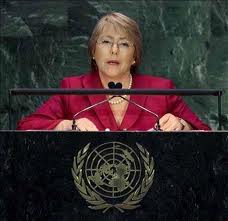 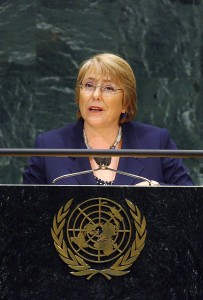 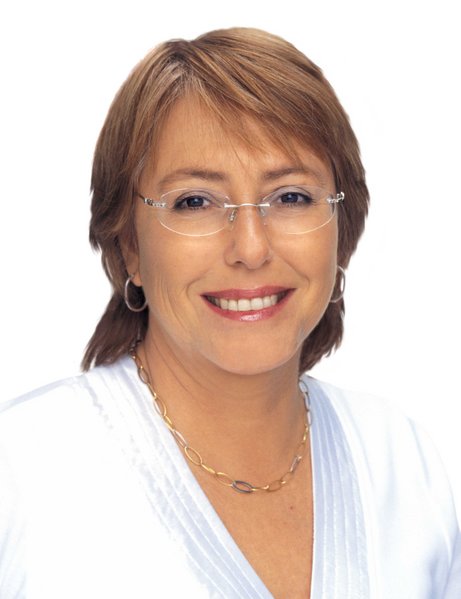 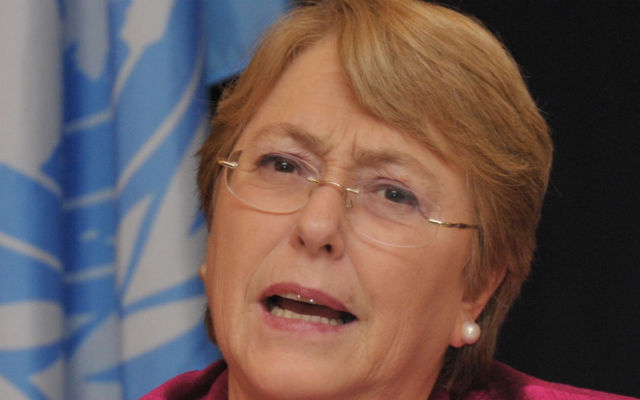 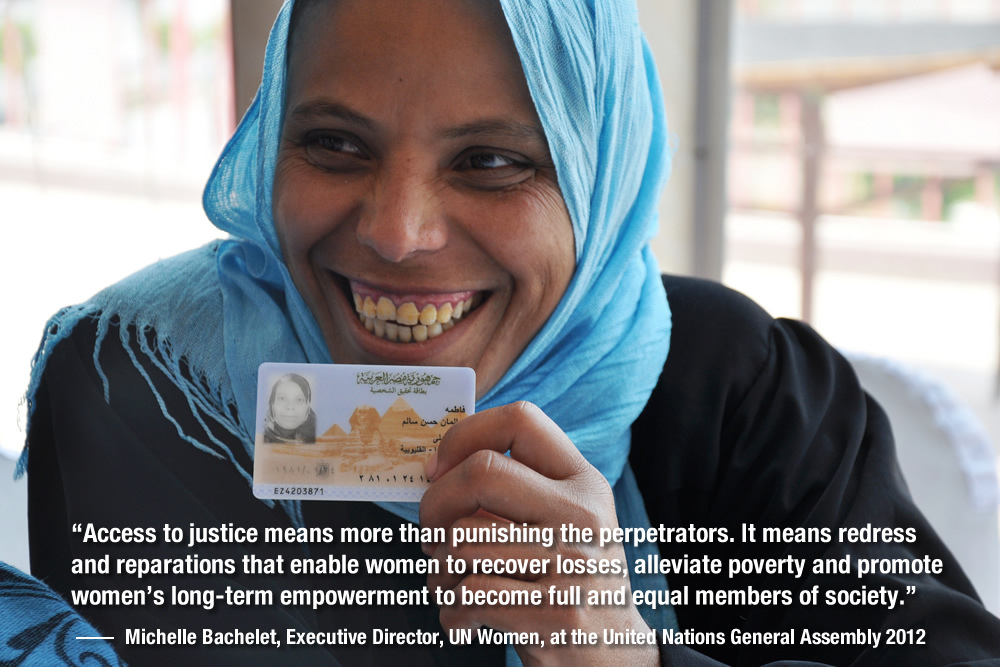 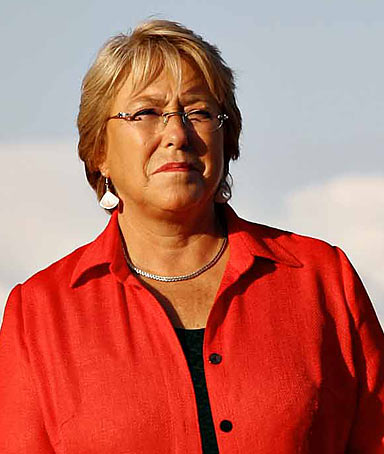 As a doctor, when I was minister of health and would go somewhere, little girls would come up to me and say, 'I want to be like you one day, I want to be a doctor.' Now, they tell me, 'I want to be president just like you.' All of us can dream as big as we want.

As a major economic force worldwide, India and Indian companies have the opportunity to set the standards in Asia in terms of women's right to decent work.

As a vibrant force in civil society, women continue to press for their rights, equal participation in decision-making, and the upholding of the principles of the revolution by the highest levels of leadership in Egypt.

As more and more women, men and young people raise their voices and become active in local government, and more local leaders take action for the safety of women and girls, change happens.

As women politicians, we talk about the most difficult themes of state security, foreign relations and development models, then ask, 'How do you make it work with your husband?' The interesting thing is that these women - most of them - don't lose the perspective that the focus is not the position but the job at hand.

Because I'm a doctor, I know when you have an injury it will heal if it's clean enough to heal; if your injury is dirty, it won't heal. And so when you are talking in societies, we are also talking in healing processes, and for a good healing process, you need to make things right.

Chile has done a lot to rid itself of poverty, especially extreme poverty, since the return to democracy. But we still have a ways to go toward greater equity. This country does not have a neoliberal economic model anymore. We have put in place a lot of policies that will ensure that economic growth goes hand in hand with social justice.

During my lifetime, I realized that discrimination was not accidental, that there were structural roots and causes to it. So if we wanted to change women's lives, we need to deal with those root causes.

Educational equality doesn't guarantee equality on the labor market. Even the most developed countries are not gender-equal. There are still glass ceilings and 'leaky pipelines' that prevent women from getting ahead in the workplace.

Given political history in Chile, it seemed to me that there was a critical task of consolidating a democracy and creating healthy civic-military and political-military relationships.

Having experienced personally and through my family the tragedy of Chile is something always present in my memory. I do not want events of that nature ever to happen again, and I have dedicated an important part of my life to ensuring that and to the reunion of all Chileans.

Having more women in company boards, in senior management, supervisory positions and workers in the formal sector is not only the right thing to do, but the smart thing to do. It's good for the bottom line.

I was not born in a home where there were stereotypes. So that was very useful because it gave me the sense of possibilities, of flying, if I may say, of making my hopes and dreams a reality.

I wouldn't be honest if I told you that in some moment of my life I had a lot of rage - probably hate - I'm not sure of hate, but rage. But you know what happens is that then you realize you cannot do to others what you think nobody has to do to anybody. Life is important for me and not any kind of life, quality too of life.

It was said that Chile was not ready to vote for a woman, it was traditionally a sexist country. In the end, the reverse happened: the fact of being a woman became a symbol of the process of cultural change the country was undergoing.

My father respected and admired my mother and was a person who was always standing by my side, encouraging me to do more and believed in my capacity. So in that sense, my own experience was very good in becoming an empowered woman. From early on, I carried that strong message: 'You can do it.' So I never had any doubt that women can do a lot.

People see I am a mother and head of a household. Today in Chile, one-third of households are run by women. They wake up, take the children to school, go to work. To them I am hope.

The current global landscape is quite different from the not-too-distant past. The process of globalization has intensified, and the world is moving towards new forms of governance.

The respect for human rights is nowadays not so much a matter of having international standards, but rather questions of compliance with those standards.

There does not have to be trade-off between growth and social protection. A democracy does not mean much if it doesn't respond to the needs and will of its people.

Much more quotes by Michelle Bachelet below the page.

There has been a cultural shift. It is difficult to measure all that right now, but Chilean women have seen my presidency as a source of pride. Women are performing in jobs in Chile now that 20 or 30 years ago nobody would have dared to imagine.

There is no city or country in the world where women and girls live free of the fear of violence. No leader can claim: 'this is not happening in my backyard.'

There's full consensus in the military that women shouldn't be in person-to-person combat. I don't know if we have enough experience to know whether this is the right approach. But women can be elsewhere. We have mandatory military service in Chile. I pushed for women in all areas.

U.N. Women was created due to the acknowledgement that gender equality and women's empowerment was still, despite progress, far from what it should be. Transforming political will and decisions, such as the Member States creating U.N. Women, into concrete steps towards gender equality and women's empowerment, I think is one of the main challenges.

We simply can no longer afford to deny the full potential of one half of the population. The world needs to tap into the talent and wisdom of women. Whether the issue is food security, economic recovery, health, or peace and security, the participation of women is needed now more than ever.

Women's strength, women's industry, women's wisdom are humankind's greatest untapped resource. The challenge then for U.N. Women is to show our diverse constituencies how this resource can be effectively tapped in ways that benefit us all.

I am a woman with a calling for social struggle and public service.

I took a gamble to exercise leadership without losing my feminine nature.

You all want to know what is my dream? Very simple. To walk along the beach, holding the hand of my lover.

My message to women is: Women: We can do it. We are capable of doing almost anything, but we must learn we cannot do it all at once, we need to prioritize.

One of the factors a country's economy depends on is human capital. If you don't provide women with adequate access to healthcare, education and employment, you lose at least half of your potential. So, gender equality and women's empowerment bring huge economic benefits.

As the old joke goes, I have all the sins together. I am a woman, a Socialist, separated and agnostic.

For me, a better democracy is a democracy where women do not only have the right to vote and to elect but to be elected.

Gender equality will only be reached if we are able to empower women.

Having been a head of state gives you the possibility of getting into places others can't go.

Tags: Getting, Others, State

I believe that if you want to fight inequality you have to do it starting at infancy.

In any area of the U.N. we... have to agree on certain language that can represent the same spirit, but that can be accepted by everyone.

In artillery exercises, women always win because they're more accurate.

In some places women have all the rights they deserve and in others there are big restrictions - in some countries they even mutilate women.

In today's interdependent world, a threat to one becomes a menace to all. And no state can defeat these challenges and threats alone.

It isn't that women are less ambitious,but women want to find a balance between work, love, and family.

My top priority for 2012 will be to make a renewed push for women's economic empowerment and political participation.

The United Nations should become a proactive agent in the dissemination of democratic principles.

Violence against women in all its forms is a human rights violation. It's not something that any culture, religion or tradition propagates.

Violence ravaged my life. I was a victim of hatred, and I have dedicated my life to reversing that hatred.

We have had scarce investment in women... One of my tasks is that everyone spends much more on women.

We have to make sure that women's issues are an essential element on the agendas of all heads of state, all governments.

Women say that my election represents a cultural break with the past - a past of sexism, of misogyny.