See the gallery for quotes by Pieter Zeeman. You can to use those 7 images of quotes as a desktop wallpapers. 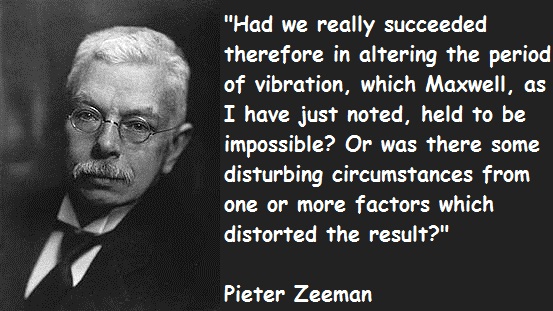 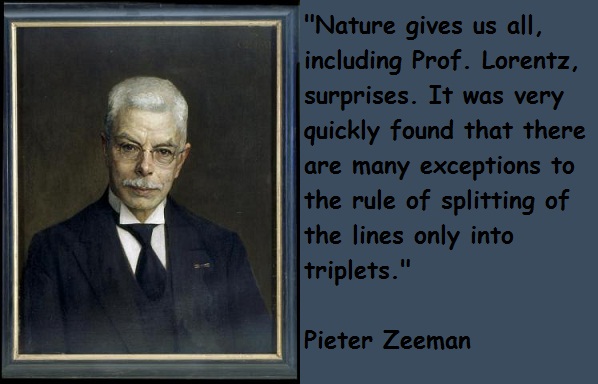 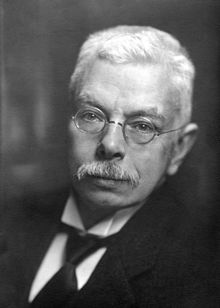 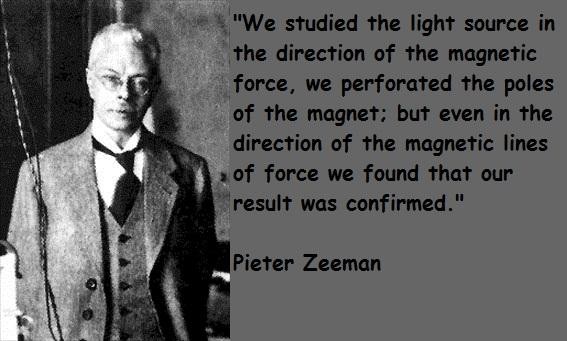 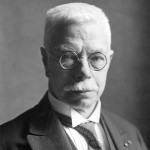 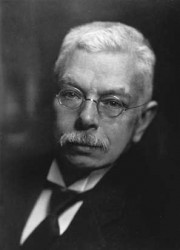 The rotation of the polarization plane is extraordinarily small in all gases, thus also in sodium vapour.

Had we really succeeded therefore in altering the period of vibration, which Maxwell, as I have just noted, held to be impossible? Or was there some disturbing circumstances from one or more factors which distorted the result?

I count myself fortunate to be able to contribute to this work; and the great interest which the Royal Swedish Academy of Sciences has shown in my work and the recognition that it has paid to my past successes, convince me that I am not on the wrong track.

It was not simply out of a spirit of contradiction that I exposed a light source to magnetic forces. The idea came to me during an investigation of the effect discovered by Kerr on light reflected by magnetic mirrors.

Moreover, photography has made it possible to fix these images and now provides us with a permanent record of each observed spectrum, which can be measured out at any time.

Nature gives us all, including Prof. Lorentz, surprises. It was very quickly found that there are many exceptions to the rule of splitting of the lines only into triplets.

Now if this electron is displaced from its equilibrium position, a force that is directly proportional to the displacement restores it like a pendulum to its position of rest.

On the basis of Lorentz's theory, if we limit ourselves to a single spectral line, it suffices to assume that each atom (or molecule) contains a single moving electron.