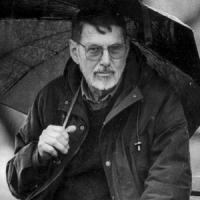 See the gallery for quotes by Robert Creeley. You can to use those 8 images of quotes as a desktop wallpapers. 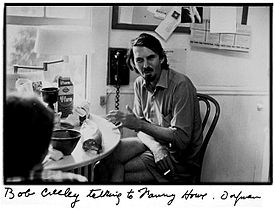 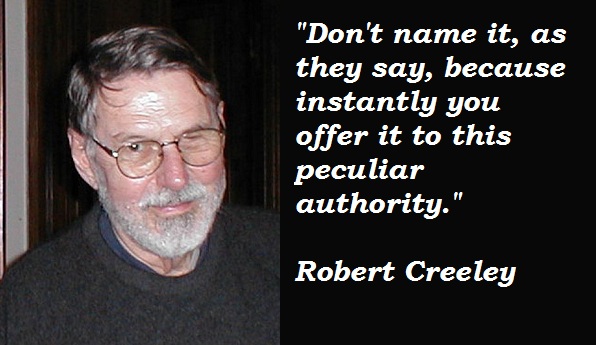 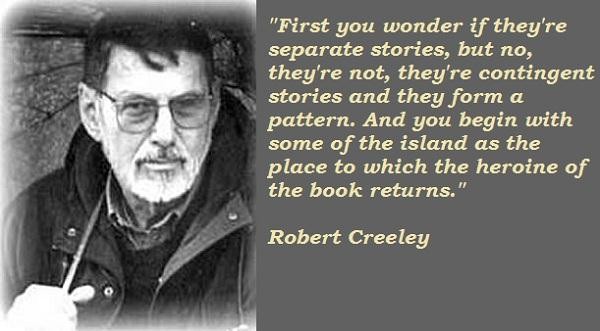 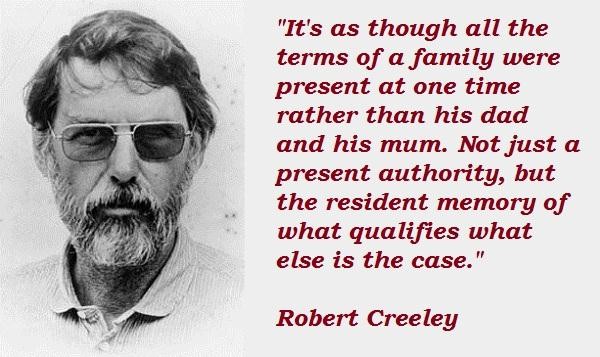 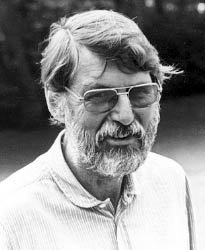 All of which was OK, as that proved then, I certainly wouldn't contradict it as a necessary sense of things.

Don't name it, as they say, because instantly you offer it to this peculiar authority.

That poetry survived in its formal agencies finally, and that prose survived to get something said.

The pattern of the narrative never of necessity wants to end, it never has to.

Again like Williams, with the emphasis now regrettable, when a man makes a poem, makes it mind you, he takes the words as he finds them lying interrelated about him.

And what's fascinating in The Ten Thousand Things is that although there's time, an inexorable time of the three generations of lives, actively present, but place is the time, time doesn't really have to do with simply the human experience of it.

First you wonder if they're separate stories, but no, they're not, they're contingent stories and they form a pattern. And you begin with some of the island as the place to which the heroine of the book returns.

He lives out in Orchard Park. I mean, to be able to sit on the bench so patiently, for whatever part, and to be able to get up and do something, with such heroic competencies would be great.

It's as though all the terms of a family were present at one time rather than his dad and his mum. Not just a present authority, but the resident memory of what qualifies what else is the case.

It's the classic story form. All staying equal, or proving equal, or being equal, this will all continue, and the next time around, we'll move on to see what happened to Harry after he dove in the river, or who his friend John really was, and so on.

Suddenly the whole imagination of writing and editorial and newspaper and all these presumptions about who am I reading this, and who else other people may be, and all that, it's so grimly brutal!

Tags: Else, May, Writing

The awful thing, as a kid reading, was that you came to the end of the story, and that was it. I mean, it would be heartbreaking that there was no more of it.

The irony of our social group is that so often everyone feels this, but there's no company whatsoever in that feeling. Think of Pound's great emphasis, the way out is via the door.

There are a lot of editorials that have nothing to do with anything like that. But I was just thinking of that sense of prose as being very responsible and perceptive, thoughtful, intimate, and contriving a quote statement.

You were saying that once when visiting Yale, you were struck that unlike Pound, Williams's thinking was volatile, I mean, did not stay locked into a pattern of concepts that then defined his subsequent necessary behavior, whereas Pound did. 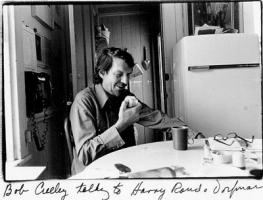 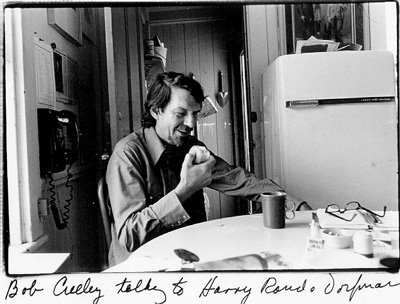