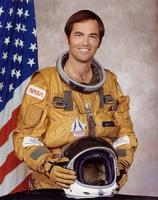 See the gallery for quotes by Robert Crippen. You can to use those 8 images of quotes as a desktop wallpapers. 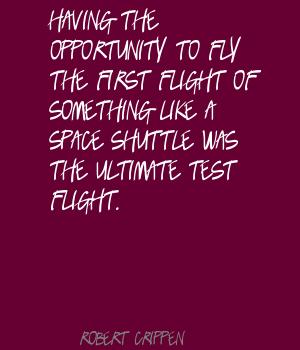 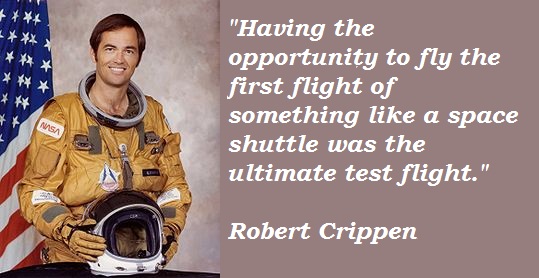 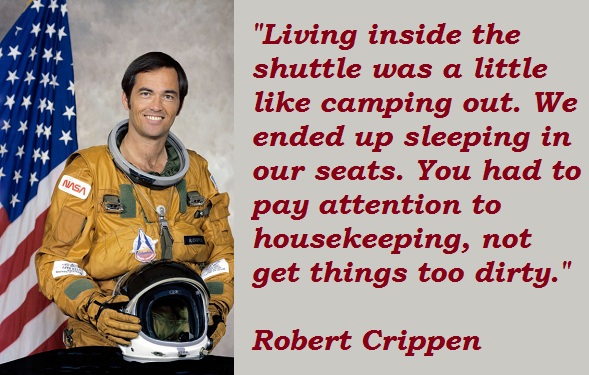 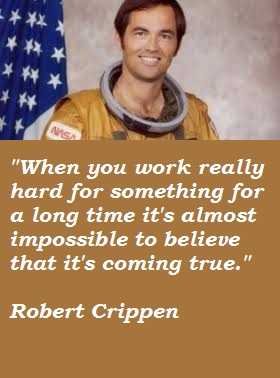 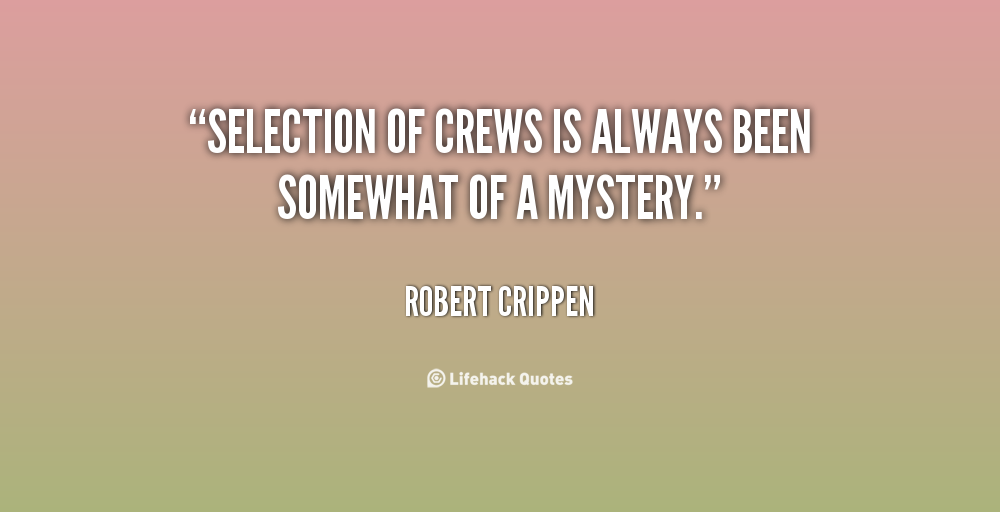 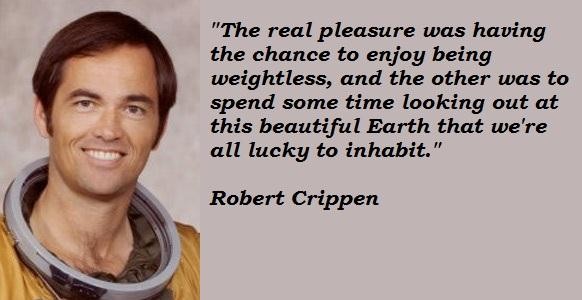 Having the opportunity to fly the first flight of something like a space shuttle was the ultimate test flight.

Looking down at the Earth, you started to pick up a sense of speed much more than I had noticed on orbit.

Selection of crews is always been somewhat of a mystery.

The nature of the shuttle was, we couldn't put a crew escape system in it.

We were only on orbit a little over two days, so we had no adverse effects from being weightless.

When you work really hard for something for a long time it's almost impossible to believe that it's coming true.

You're going very fast when you're on orbit, going around the world once every hour and a half.

Tags: Fast, Half, Once

I thought it was going to take a lot more countdowns on the pad. We actually did scrub once, but I figured we'd scrub several times since it's a pretty complicated vehicle.

I was selected to be an astronaut on a military program called the Manned Orbiting Laboratory back in '67. That program got cancelled in '69 and NASA ended up taking half of us.

Living inside the shuttle was a little like camping out. We ended up sleeping in our seats. You had to pay attention to housekeeping, not get things too dirty.

The real pleasure was having the chance to enjoy being weightless, and the other was to spend some time looking out at this beautiful Earth that we're all lucky to inhabit.

The space shuttle has been a fantastic vehicle. It is unlike any other thing that we've ever built. Its capabilities have carried several hundred people into space.

We were flying on a winged vehicle that would do reentry different than we had ever done before. So all of those were firsts. Test pilots truly love firsts.

We were on the dark side of the Earth when we started to see outside the window this soft pink glow, which is a lot of little angry ions out there going very fast. We were hitting them very fast. 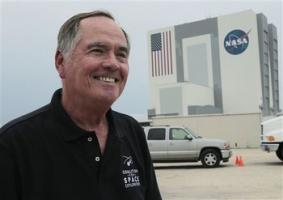 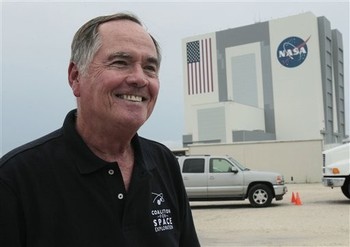