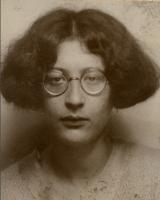 See the gallery for quotes by Simone Weil. You can to use those 7 images of quotes as a desktop wallpapers. 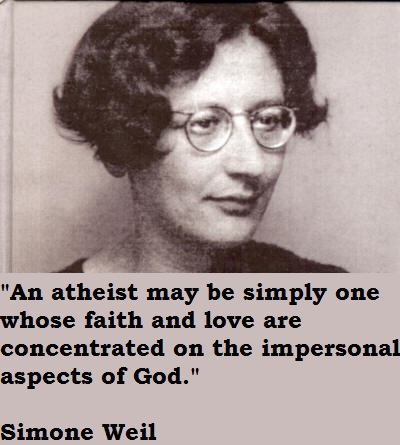 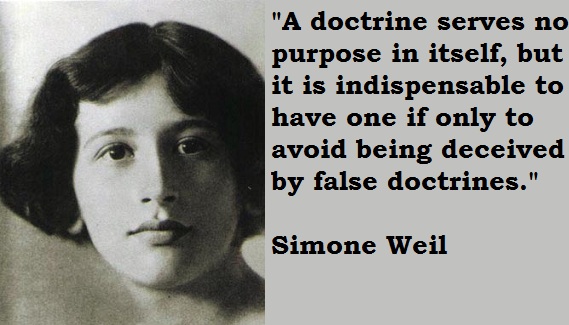 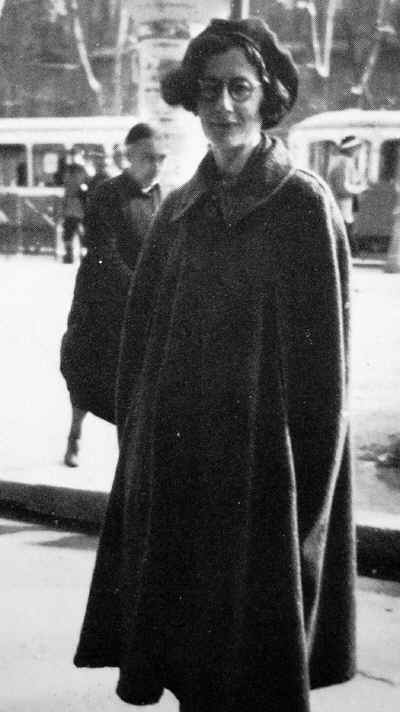 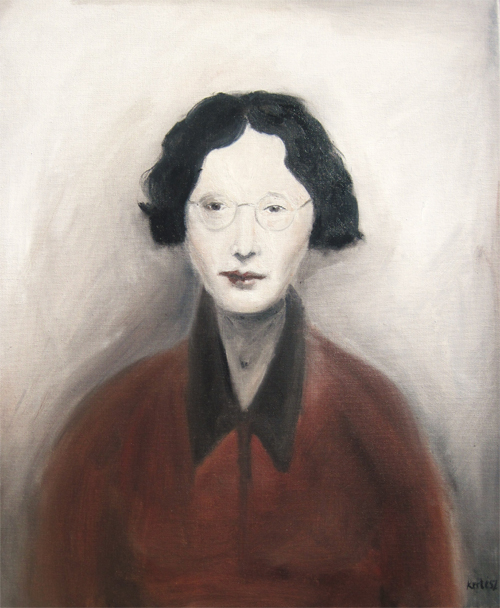 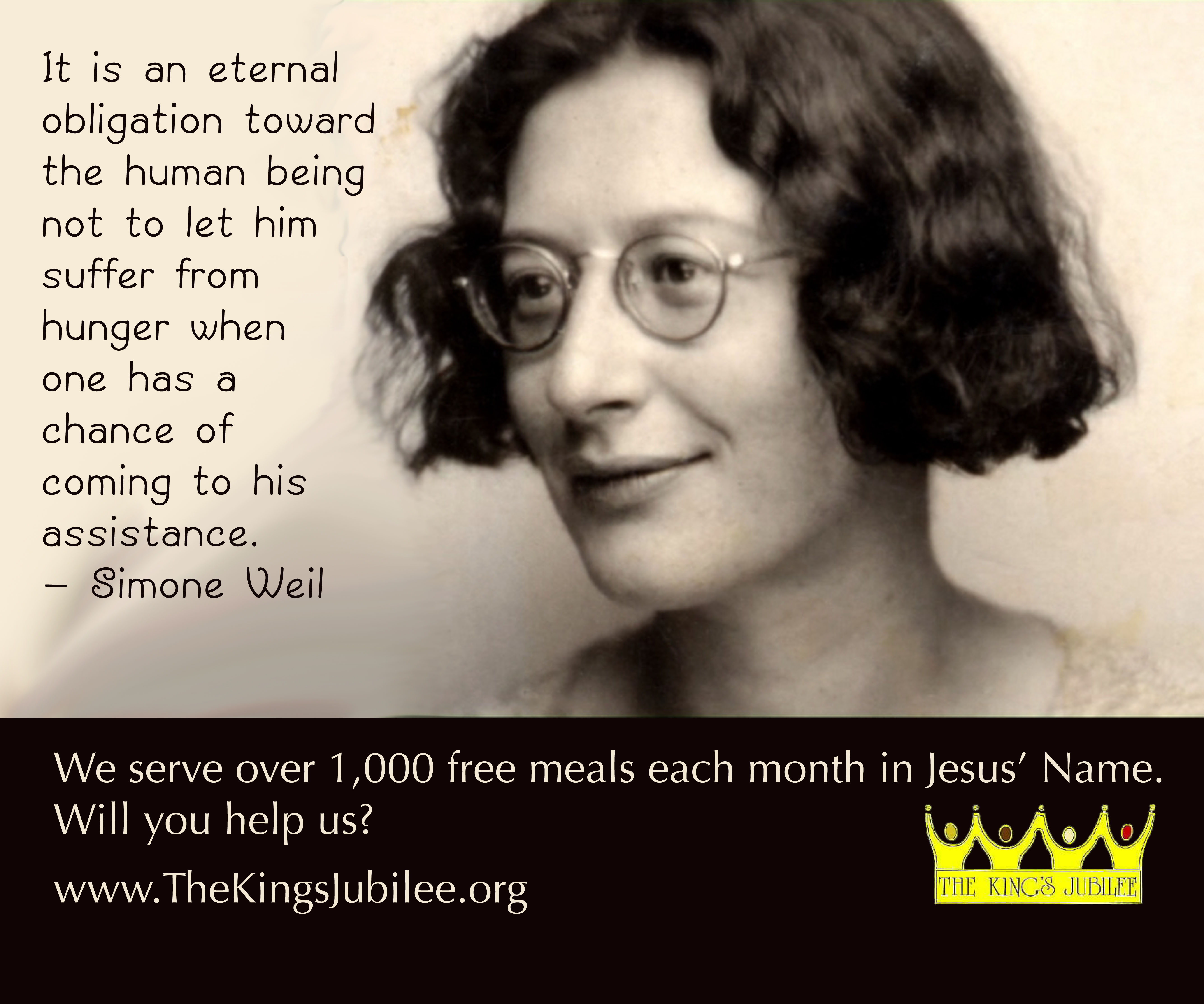 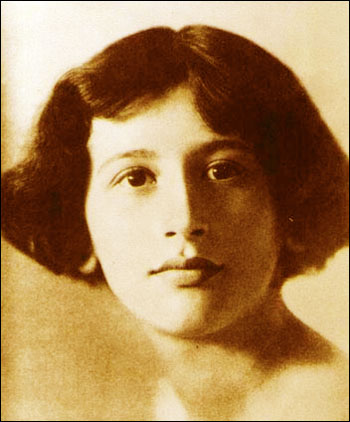 We must prefer real hell to an imaginary paradise.

Every time that I think of the crucifixion of Christ, I commit the sin of envy.

The mysteries of faith are degraded if they are made into an object of affirmation and negation, when in reality they should be an object of contemplation.

A mind enclosed in language is in prison.

Every perfect life is a parable invented by God.

An atheist may be simply one whose faith and love are concentrated on the impersonal aspects of God.

Real genius is nothing else but the supernatural virtue of humility in the domain of thought.

The future is made of the same stuff as the present.

There is one, and only one, thing in modern society more hideous than crime namely, repressive justice.

A doctrine serves no purpose in itself, but it is indispensable to have one if only to avoid being deceived by false doctrines.

A self-respecting nation is ready for anything, including war, except for a renunciation of its option to make war.

Difficult as it is really to listen to someone in affliction, it is just as difficult for him to know that compassion is listening to him.

Tags: Compassion, Him, Someone

Most works of art, like most wines, ought to be consumed in the district of their fabrication.

Oppression that is clearly inexorable and invincible does not give rise to revolt but to submission.

The poison of skepticism becomes, like alcoholism, tuberculosis, and some other diseases, much more virulent in a hitherto virgin soil.

A test of what is real is that it is hard and rough. Joys are found in it, not pleasure. What is pleasant belongs to dreams.

Evil, when we are in its power, is not felt as evil, but as a necessity, even a duty.

I suffer more from the humiliations inflicted by my country than from those inflicted on her.

In the Church, considered as a social organism, the mysteries inevitably degenerate into beliefs.

Much more quotes by Simone Weil below the page.

In the intellectual order, the virtue of humility is nothing more nor less than the power of attention.

It is only the impossible that is possible for God. He has given over the possible to the mechanics of matter and the autonomy of his creatures.

Life does not need to mutilate itself in order to be pure.

Nothing can have as its destination anything other than its origin. The contrary idea, the idea of progress, is poison.

Nothing is less instructive than a machine.

One cannot imagine St. Francis of Assisi talking about rights.

The contemporary form of true greatness lies in a civilization founded on the spirituality of work.

The destruction of the past is perhaps the greatest of all crimes.

The most important part of teaching is to teach what it is to know.

To be a hero or a heroine, one must give an order to oneself.

Whatever debases the intelligence degrades the entire human being.

Who were the fools who spread the story that brute force cannot kill ideas? Nothing is easier. And once they are dead they are no more than corpses.

Imagination is always the fabric of social life and the dynamic of history. The influence of real needs and compulsions, of real interests and materials, is indirect because the crowd is never conscious of it.

There can be a true grandeur in any degree of submissiveness, because it springs from loyalty to the laws and to an oath, and not from baseness of soul.

If Germany, thanks to Hitler and his successors, were to enslave the European nations and destroy most of the treasures of their past, future historians would certainly pronounce that she had civilized Europe.

Tags: Future, Past, She

If we are suffering illness, poverty, or misfortune, we think we shall be satisfied on the day it ceases. But there too, we know it is false; so soon as one has got used to not suffering one wants something else.

The only hope of socialism resides in those who have already brought about in themselves, as far as is possible in the society of today, that union between manual and intellectual labor which characterizes the society we are aiming at.

We are like horses who hurt themselves as soon as they pull on their bits - and we bow our heads. We even lose consciousness of the situation, we just submit. Any re-awakening of thought is then painful.

When once a certain class of people has been placed by the temporal and spiritual authorities outside the ranks of those whose life has value, then nothing comes more naturally to men than murder.

Equality is the public recognition, effectively expressed in institutions and manners, of the principle that an equal degree of attention is due to the needs of all human beings.

Force is as pitiless to the man who possesses it, or thinks he does, as it is to its victims; the second it crushes, the first it intoxicates. The truth is, nobody really possesses it.

Human beings are so made that the ones who do the crushing feel nothing; it is the person crushed who feels what is happening. Unless one has placed oneself on the side of the oppressed, to feel with them, one cannot understand.

I am not a Catholic; but I consider the Christian idea, which has its roots in Greek thought and in the course of the centuries has nourished all of our European civilization, as something that one cannot renounce without becoming degraded.

More than in any other performing arts the lack of respect for acting seems to spring from the fact that every layman considers himself a valid critic.

To write the lives of the great in separating them from their works necessarily ends by above all stressing their pettiness, because it is in their work that they have put the best of themselves.

With no matter what human being, taken individually, I always find reasons for concluding that sorrow and misfortune do not suit him; either because he seems too mediocre for anything so great, or, on the contrary, too precious to be destroyed.

To be rooted is perhaps the most important and least recognized need of the human soul.

I can, therefore I am.

Imagination and fiction make up more than three quarters of our real life.

Those who are unhappy have no need for anything in this world but people capable of giving them their attention.

A hurtful act is the transference to others of the degradation which we bear in ourselves.

Tags: Act, Others, Ourselves

Attachment is the great fabricator of illusions; reality can be attained only by someone who is detached.

When a contradiction is impossible to resolve except by a lie, then we know that it is really a door.

A science which does not bring us nearer to God is worthless.

All sins are attempts to fill voids.

The only way into truth is through one's own annihilation; through dwelling a long time in a state of extreme and total humiliation.

Petroleum is a more likely cause of international conflict than wheat.

It is an eternal obligation toward the human being not to let him suffer from hunger when one has a chance of coming to his assistance.

The highest ecstasy is the attention at its fullest.

Charity. To love human beings in so far as they are nothing. That is to love them as God does.

To want friendship is a great fault. Friendship ought to be a gratuitous joy, like the joys afforded by art or life.

As soon as men know that they can kill without fear of punishment or blame, they kill; or at least they encourage killers with approving smiles.

The danger is not lest the soul should doubt whether there is any bread, but lest, by a lie, it should persuade itself that it is not hungry.

To set up as a standard of public morality a notion which can neither be defined nor conceived is to open the door to every kind of tyranny.