See the gallery for quotes by Stark Sands. You can to use those 7 images of quotes as a desktop wallpapers. 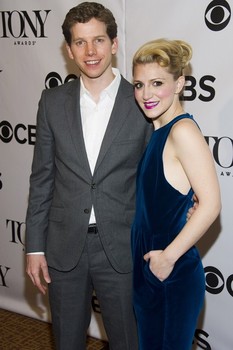 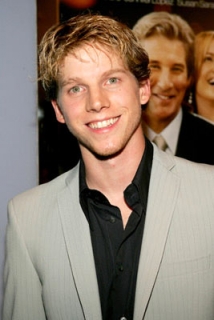 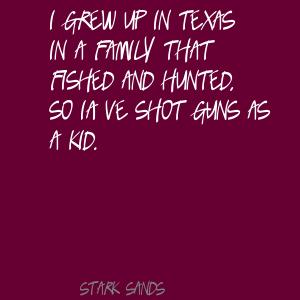 I feel I'm pretty zen and laid back. I don't have a lot of rage in my real life.

I started out singing in high school in the choir and in a garage band.

I'm more of a strumming guitarist, instead of a lead soloist guitarist.

I've worn wigs. I've done a few plays where I have to wear a wig because they needed longer hair.

When you fall into a midseason slot, you have the sort of blessing of not being on television while you shoot most of your season.

I lived in Dallas, and it's a big city, but you can jump on any freeway and drive in any direction for about 30 minutes and you are in the country - open space, wide open, very open, nothin' around.

I moved to New York to work in theater, so my range of motion was really from where I lived - which was downtown, in the Lower East Side - to Midtown, where the theaters are. So I got to know New York, Midtown and south.

I'd love to be on a TV series someday, but I believe you get the jobs that you're meant to get. If the job that I'm meant to get is another musical or another play or film or TV show, I'm just happy to keep working.

Luckily for me, when I was growing up in high school, I had a band, and I was a singer in the band. I'm less of a legit Broadway singer than I am a pop-rock singer.

My first soldier role was in 'Flags of Our Fathers.' Casting director Jay Binder saw that movie and was looking for soldiers for 'Journey's End,' which led to 'Generation Kill.'

The World, form'd out of Chaos. Man is made. 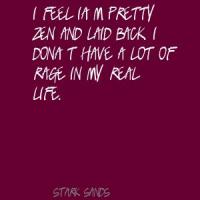 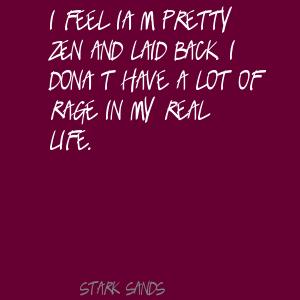