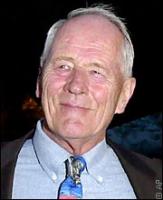 See the gallery for quotes by Stephen Ambrose. You can to use those 8 images of quotes as a desktop wallpapers. 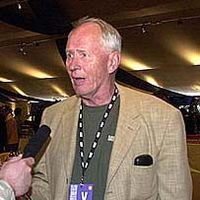 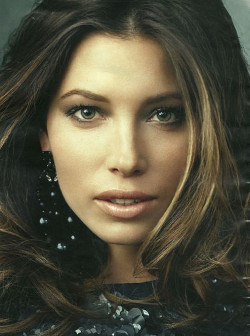 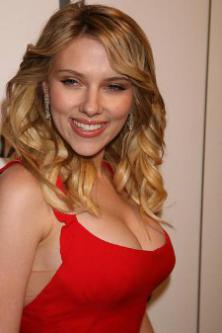 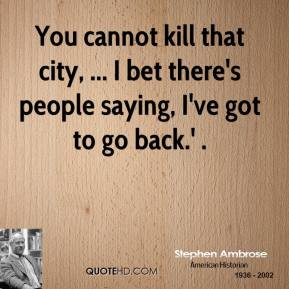 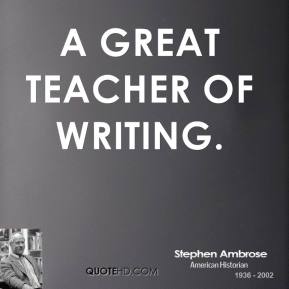 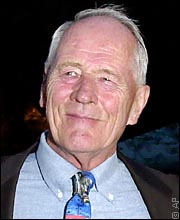 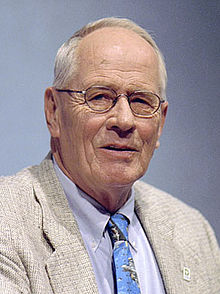 Who today is willing to say that Texas and California and the remainder of the Southwest would be better off if they were governed by Mexico?

Winning the Revolutionary War, or the Civil War, or World War II were the turning points in our history, the sine qua non of our forward progress.

Writing is not the easiest way to make a living. Your work long hours, usually all by yourself. It is not a way to make money.

Eisenhower had the clearest blue eyes. He would fix them on you. In my every interview with him, he would lock his eyes on to mine and keep them there.

Neither Johnson nor his party nor the government as a whole were willing to raise, train, equip, and then send Vietnam sufficient manpower to do the job.

The number one secret of being a successful writer is this: marry an English major.

Much more quotes by Stephen Ambrose below the page.

It would not be possible to praises nurses too highly.

The Canadians have managed to live peacefully with their Indians. It is disgrace that the United States has not done the same.

Custer had dead heroes. Crazy Horse had only live ones.

You don't hate history, you hate the way it was taught to you in high school.

As to the Indians, the guiding principle was, promise them anything just so long as they get out of the way.

Crazy Horse saw history as integrated in the present, incorporated into daily life.

History is everything that has ever happened.

I was too young for Korea and too old for Vietnam.

I'm no politician. I'm an historian who has learned through a lifetime of studying that nothing in the world beats universal education.

Immigrants do more than help us win our wars, or set up cleaning shops or ethnic restaurants.

My favorite book is the last one printed, which is always better than those that were published earlier.

World War II, the atomic bomb, the Cold War, made it hard for Americans to continue their optimism.

Almost everything Truman did in foreign affairs I approve of.

American corporations hate to give away money.

Andrew Johnson was a Southerner generally who proclaimed that his native state of Tennessee was a country for white men.

Dams have harmed our wildlife and made rivers less useful for recreation.

Eisenhower is my choice as the American of the 20th Century. Of all the men I've studied and written about, he is the brightest and the best.

Even before Watergate and his resignation, Nixon had inspired conflicting and passionate emotions.

I thought Nixon was the worst President we had ever had, save only perhaps Andrew Johnson.

I was taught by professors who had done their schooling in the 1930s. Most of them were scornful of, even hated, big business.

In 1945, there were more people killed, more buildings destroyed, more high explosives set off, more fires burning than before or since.

Tags: High, Off, Since