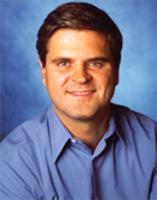 See the gallery for quotes by Steve Case. You can to use those 8 images of quotes as a desktop wallpapers. 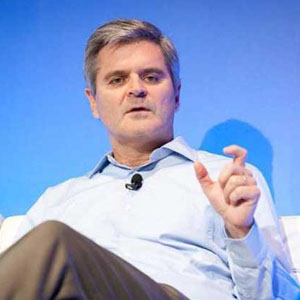 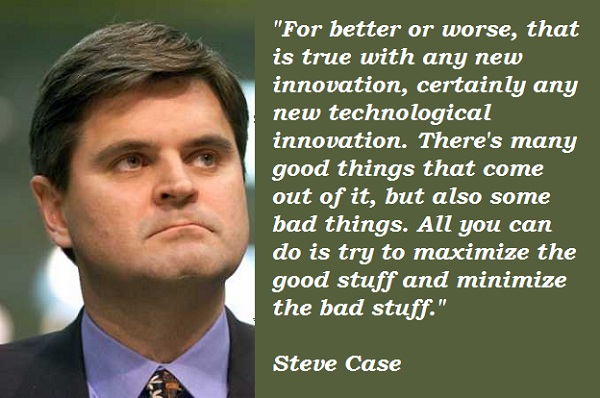 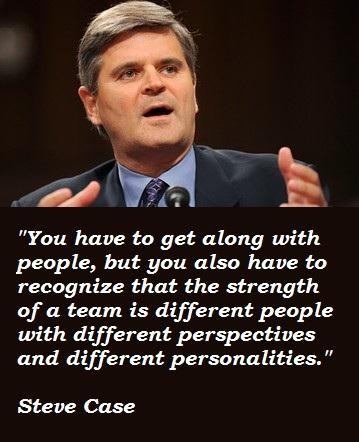 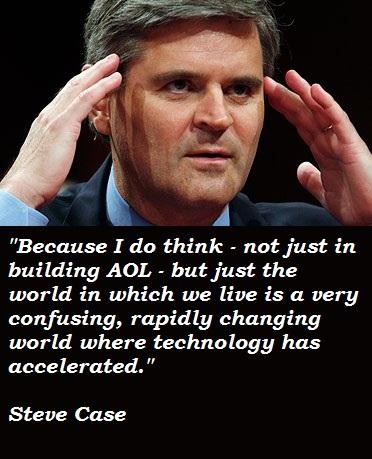 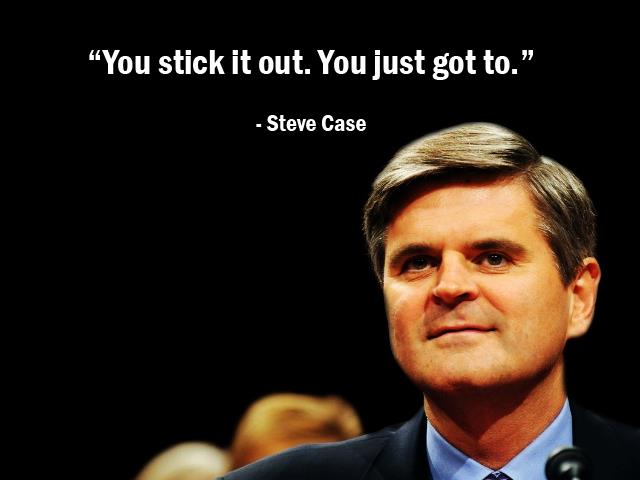 I think the support of the other team at AOL and everybody's really shared passion and belief about this and - saying that some day everybody was going to be on line.

Most of the people who had PCs did not have modems and could not use those PCs as communicating devices. They really were using them for spreadsheets or word processing or storing recipes or playing games or what have you.

My father and his brothers were all lawyers, so I think that the expectation was probably for me to grow up to be an attorney, but it never really fascinated me that much. I was more interested in building things.

Nowadays people seem to switch schools, either because they have to, and certain schools only serve certain grades, or because they move to a different place or have some particular interest, but I was in the same school for 13 years.

One of the problems with computers, particularly for the older people, is they were befuddled by them, and the computers have gotten better. They have gotten easier to use. They have gotten less expensive. The software interfaces have made things a lot more accessible.

So you have to force yourself out of a comfort zone and really try to figure out what are the key ingredients, the key skill sets, the key perspectives that are necessary, and then figure out a way to attract the very best people to fill those particular roles.

When I first got started in the late '70s, early '80s, and first was thinking about the interactive world, I believed so fervently that it was the next big thing, I thought it would happen quickly.

The idea that maybe you don't have to own a car if you only need one occasionally may catch on, just like time-sharing caught on in real estate.

You have to get along with people, but you also have to recognize that the strength of a team is different people with different perspectives and different personalities.

It's stunning to me what kind of an impact even one person can have if they have the right passion, perspective and are able to align the interest of a great team.

For better or worse, that is true with any new innovation, certainly any new technological innovation. There's many good things that come out of it, but also some bad things. All you can do is try to maximize the good stuff and minimize the bad stuff.

I was not an outstanding student. I did a reasonable amount of work. I got generally good - pretty good grades, but I was not that passionate about getting straight A's.

From a relatively early age I got interested in business.

I do think actually in this case the government does get credit for funding some of the basic research.

I do think that a general liberal arts education is very important, particularly in an uncertain changing world.

I had an older brother who passed away recently, an older sister and a younger brother.

I was born and raised in Honolulu, Hawaii.

My father still is a lawyer, and my mom was a teacher and then later a career counselor.

Nobody should have to be a systems integrator to make a convergence network work in their home.

So my degree was in political science, which I think was - the closest I could come to marketing is politics.

So we believed that strategic alliances and partnerships were critical, and we did that for five years.

There are no road signs to help navigate. And, in fact, no one has yet determined which side of the road we're supposed to be on.

We don't want to turn the TV into a computer.

Much more quotes by Steve Case below the page.

And I'd say one of the great lessons I've learned over the past couple of decades, from a management perspective, is that really when you come down to it, it really is all about people and all about leadership.

And so the idea was, well maybe you can take an Atari video game machine, where people plug in a game cartridge, and plug in a modem, and tie that into a telephone, and essentially turn that game in the machine into an interactive terminal.

And what we did with this new company in 1985 is we did start focusing on PCs instead of video game machines, because we learned the hard lesson about bringing a product to market in a consumer world where it's very expensive to build a brand and get distribution and so forth.

Because I do think - not just in building AOL - but just the world in which we live is a very confusing, rapidly changing world where technology has accelerated.

But the idea that some day people would want to be able to interact and get stock quotes and talk with other people or all these different things, I just believed that was going to happen.

Five or ten years ago, when it was clear the Internet was becoming a mainstream phenomenon, it was equally clear that a lot of people were being left out and could be left behind.

I continue to have a special pride and passion for AOL, and I strongly believe that AOL - once the leading Internet company in the world - can return to its past greatness.

I enjoyed high school and college, and I think I learned a lot, but that was not really my focus. My focus was on trying to figure out what businesses to start.