See the gallery for quotes by Steven Hatfill. You can to use those 8 images of quotes as a desktop wallpapers. 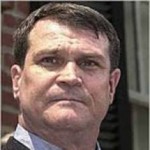 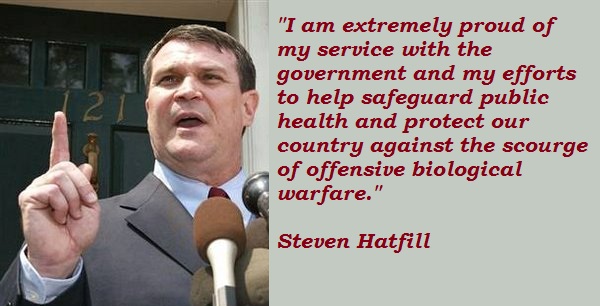 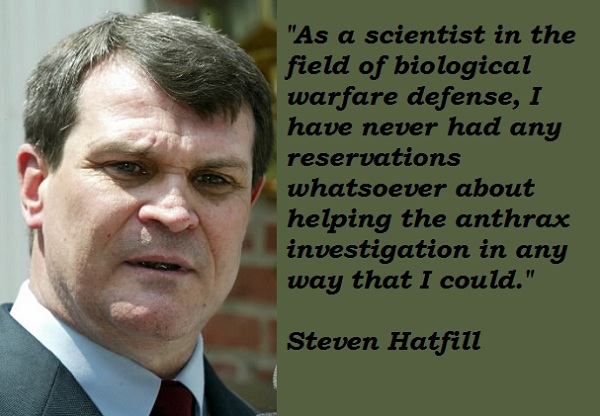 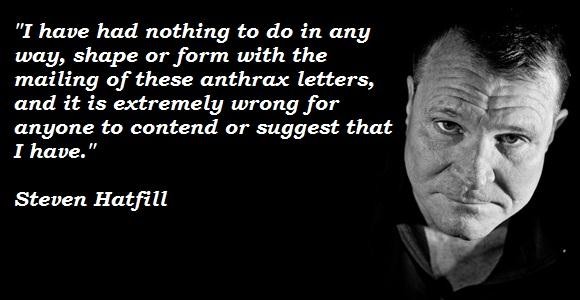 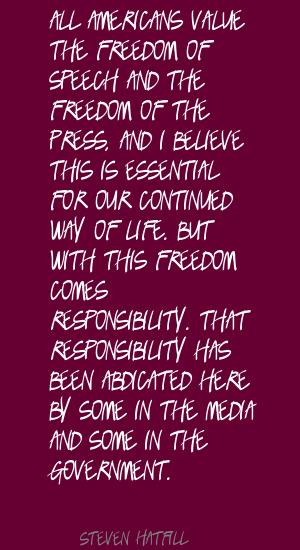 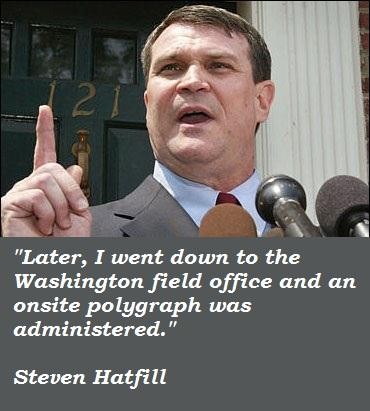 Anthrax is a deadly inhalational disease.

I am a loyal American, and I love my country.

I was devastated by the loss of my job in March, although I can understand why it occurred.

I'm a medical doctor and a biomedical scientist.

In fact, I had previously helped train one of the FBI agents who searched my apartment.

After eight months of one of the most intensive public and private investigations in American history, no one - no one - has come up with a shred of evidence that I had anything to do with the anthrax letters. I have never worked with anthrax. I know nothing about this matter.

After reviewing the polygraph charts in private, the polygraph examiner told me that I had passed and that he believed I had nothing to do with the anthrax letters.

And indeed, last week, the FBI executed a search warrant on my residence. This happened one day after my attorneys had left a message on the lead FBI investigator's voice mail confirming my continued readiness to answer questions and otherwise cooperate.

As a scientist in the field of biological warfare defense, I have never had any reservations whatsoever about helping the anthrax investigation in any way that I could.

But I am just as appalled that my experience, knowledge, dedication and service relative to defending the United States against biological warfare has been turned against me in connection with the search for the anthrax killer.

I am extremely proud of my service with the government and my efforts to help safeguard public health and protect our country against the scourge of offensive biological warfare.

I don't know Dr. Rosenberg. I have never met her, I have never spoken or corresponded with this woman. And to my knowledge, she is ignorant of my work and background except in the very broadest of terms.

I especially object to having my character assassinated by reference to events from my past which bear absolutely no relationship to the question of who the anthrax killer is.

I have had nothing to do in any way, shape or form with the mailing of these anthrax letters, and it is extremely wrong for anyone to contend or suggest that I have.

So I was surprised at the notion that I might have brought anthrax to my home, and would have been even amused if it was not for the fact that this matter is so grave and serious.

The next day I was put on paid leave from my new job at Louisiana State University. This is very painful to me, though once again I understand the circumstances in which my employers find themselves in light of these actions taken against me.